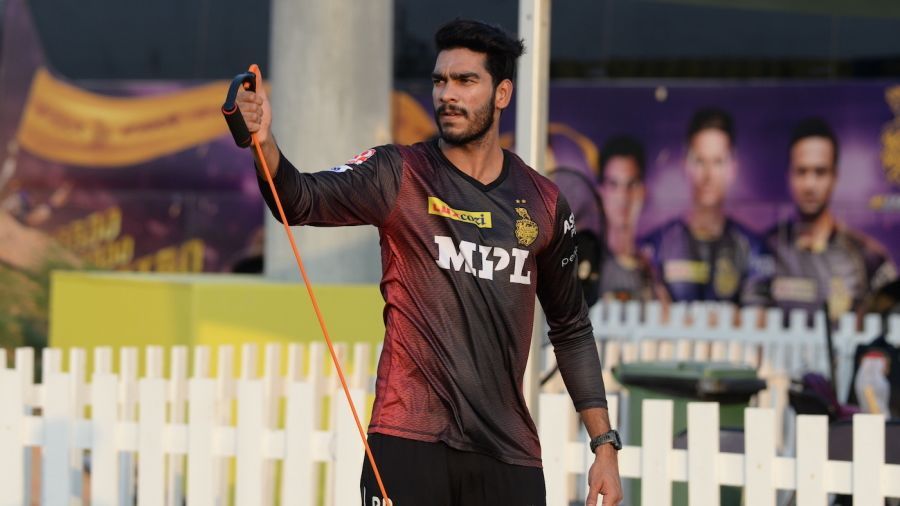 New Delhi: Venkatesh Iyer, who became a household name after his terrific performance in the IPL is not good in cricket but also equally good in studies. An aspect which most of us are not aware of Iyer. The left-handed batsman who took the Indian Premier League by storm, playing for Kolkata Knight Riders once had a job offer from a multinational auditing company Deloitte but the lanky man choose cricket after his parents encouraged him to pursue his dream of playing for India.Also Read – You Will Always be Remembered in Indian Cricket History: Virat Kohli Thanks Outgoing Support Staff

With an MBA degree in finance, he has cleared the foundation and inter-level exams of Chartered Accountancy. Iyer attributes his cricketing smarts to him being a diligent student. Also Read – Angry at Not Being Allowed to Burst Crackers, MP Man Sets Neighbour’s Car on Fire

“(Being good at) academics helps your thinking and decision-making ability. It gives you an edge over others may be. Being a good student is something that has come naturally to me. Also Read – Ex-England Spinner Backs Rishabh Pant as India’s Future Captain, Says ‘He is a Mix of MS Dhoni And Virat Kohli’

“It does give me a bit of edge over others,” said Iyer who hails from Indore and could possibly be Rohit Sharma’s lethal weapon.

All-rounders in Indian cricket are a rare commodity and the newest entrant to the club, Venkatesh Iyer, knows only too well that he has to keep his focus on both aspects of the game in order to remain relevant.

The 26-year-old Madhya Pradesh man has been rewarded with a maiden call-up for the T20 International home series against New Zealand starting November 17 and knows that going forward, workload management would be an important focus area for him.

“My workload management has been good so far. I am an all-rounder so I have to be equally focused on both aspects of the game. That’s what I have been doing right from my age-group state-level days. It’s so far not been a very big issue,” the suave Kolkata Kight Riders man told PTI in an exclusive interaction.

For Iyer, the endeavour is to display multiple skills across formats.

“I have always worked hard on my red-ball game and it has been my conscious effort not to be one dimensional.

“If you have to play for India, you have to be consistent across formats and that’s why I have put in a lot of work in both departments of the game.

“As much as I have worked on my batting, I have also worked on my bowling,” said Iyer, who many like Harbhajan Singh believe can shock batters with extra pace.

His 370 runs in the IPL for KKR, along with the steady medium pace that got him three wickets, brought him into national reckoning. He is being seen as a replacement of Hardik Pandya, who is still not fit to bowl and does not quite fit in as a pure batter.

Iyer, who has six half-centuries and seven wickets for Madhya Pradesh in Ranji Trophy, believes that it has been his consistency, not only in IPL but also in first-class cricket, that has helped get this far.

During the IPL in UAE, did he get a feeling that he would make it?

“I must say that it was not just about IPL that gave me belief that I could represent my country.

“When I was playing Ranji Trophy, Vijay Hazare Trophy and Syed Mushtaq Ali for my state Madhya Pradesh, I always knew that if I carry on with good performances in domestic cricket, I would play for India one day,” he said.

“I always had that belief.”

Having lived in Indore, it was local coach Dinesh Sharma, who first tapped his talent as he made rapid strides while rising through the ranks of age-group cricket, captaining the U-23 state team.

When he touched base in the United Arab Emirates with the KKR team in the last week of August, he wouldn’t have imagined that he would make such progress in a matter of months.

Two and half months later, he was sitting in his Delhi hotel room with Madhya Pradesh teammates when fellow national team entrant Avesh Khan broke the news to him.

“We had a match (vs Kerala) and it was Avesh who came to my room and informed that both of us have been selected. Obviously, there couldn’t have been a better feeling,” Iyer revealed while sitting with his teammates.

He was honest in his admission that while he was working on his dream, he didn’t think it would be realised so soon.

“No, I never felt that life will take such a beautiful turn. I don’t expect anything but believe in taking things as they come. Yes, I am very happy and excited as this is the dream you live for but frankly speaking, I never expected it to happen so soon,” Iyer said.