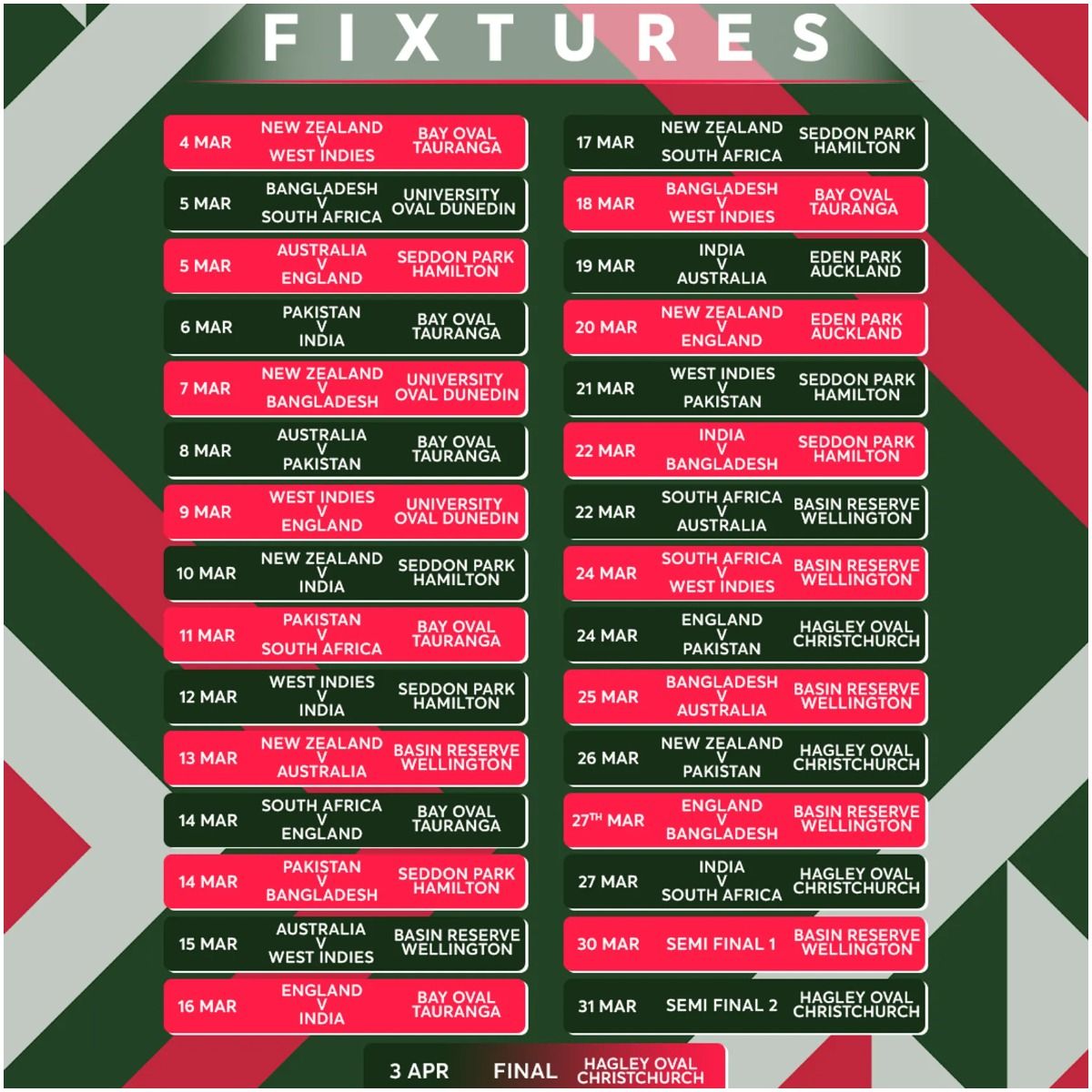 Dubai: The 2022 Women’s Cricket World Cup will get underway on March 4, next year at the Bay Oval in Tauranga with the hosts New Zealand facing West Indies in the opener, the International Cricket Council (ICC) confirmed on Tuesday while announcing the updated schedule of the tournament.

The first set of games will also see two massive rivalries take the centre stage, India facing Pakistan in Tauranga on March 6. Australia will be taking on England at Seddon Park in Hamilton on March 5 which expected to be another cracker of a game.

“A total of 31 games will be played across 31 days, with the eight teams clashing to get their hands on the coveted World Cup trophy. Auckland, Christchurch, Dunedin, Hamilton, Tauranga, and Wellington will be the six cities that will host the tournament,” the ICC said in a release.

Australia, England, South Africa and India qualified for the event on the basis of their position in ICC Women’s Championship 2017-20 while New Zealand automatically qualified as hosts.

On the basis of the ODI Team Rankings, Bangladesh, Pakistan and West Indies were the final three teams to book their berths for the World Cup after 2021 Women’s Cricket World Cup Qualifier was called off due to a COVID-related uncertainty.

The tournament will be played in the league format, where all eight teams will face each other once, at the end of which the top four teams will qualify for the semi-finals.

The first semi-final will be played at The Basin Reserve in Wellington on March 30 while The Hagley Oval in Christchurch will host the second semi-final (March 31 ) and the final (April 3). Both the semi-finals and the finals will have a reserve day in place.

The tournament will also mark the return of the women’s global event since the onset of the Covid-19 pandemic.

The last global women’s event played was the ICC Women’s T20 World Cup in Australia in March 2020, which the hosts won by beating India in the final.