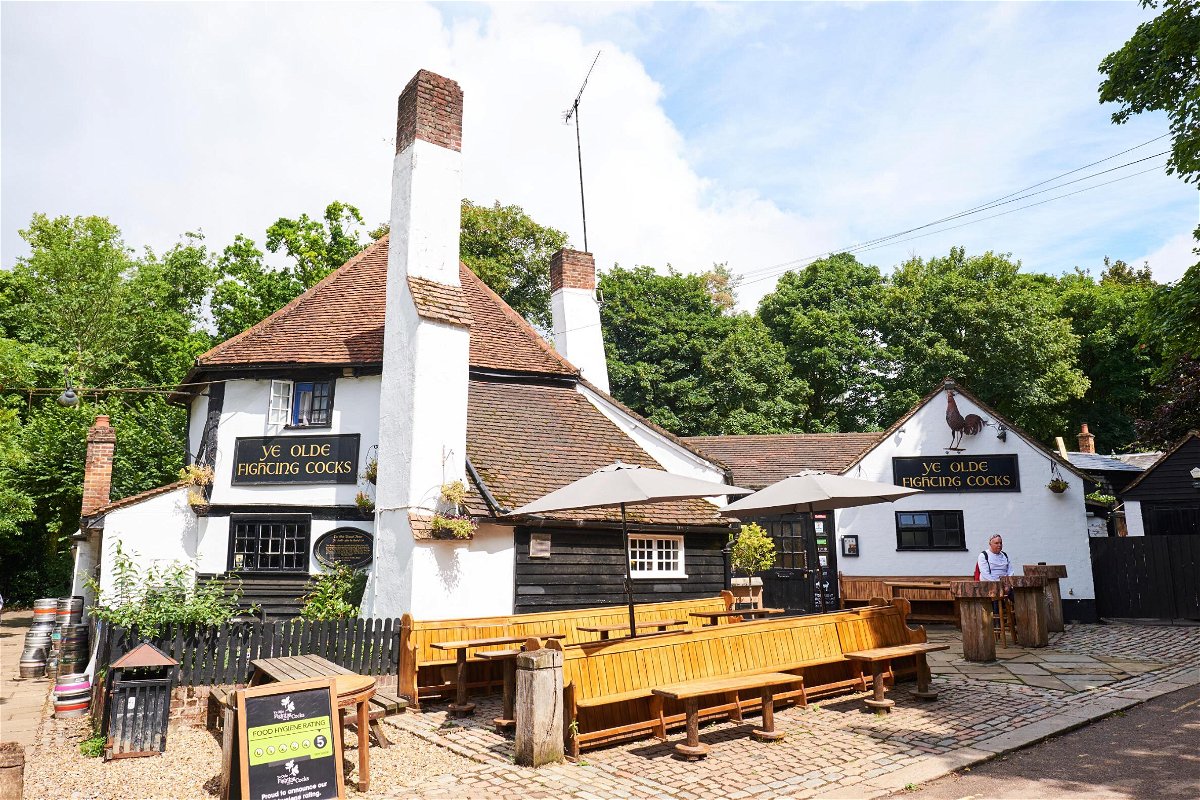 An English pub that claims to be the oldest in Britain is closing due to financial problems worsened by the pandemic.

Ye Olde Fighting Cocks in St. Albans, just north of London, has been in business since 793 AD, according to its website.

Now it has closed its doors “after a sustained period of extremely challenging trading conditions,” according to a statement from landlord Christo Tofalli, posted on the pub’s Facebook page on Friday.

“Along with my team, I have tried everything to keep the pub going,” Tofalli wrote. “However, the past two years have been unprecedented for the hospitality industry, and have defeated all of us who have been trying our hardest to ensure this multi-award-winning pub could continue trading into the future.”

Tofalli said trading conditions were “extremely tough” before the pandemic, but the effects of Covid-19 were “devastating” and left the pub struggling to meet its financial obligations.

“It goes without saying I am heartbroken: this pub has been so much more than just a business to me, and I feel honoured to have played even a small part in its history,” he wrote.

Britain’s pub industry was struggling even before the pandemic, as people ditched drinking in pubs for bars, restaurants and their homes.

Between 2008 and 2018, more than 11,000 pubs closed their doors, according to the UK’s Office for National Statistics, reducing the total number by almost a quarter.

The main structure of Ye Olde Fighting Cocks was built in the 11th century and was originally used as a pigeon house, according to the local tourist board.

The pub took its name from the cock fights that were held there in the late 19th and early 20th centuries, and Oliver Cromwell reportedly slept one night at the inn during the English Civil War.

Ye Olde Fighting Cocks used to be recognized as the oldest pub in England by Guinness World Records, but the record title is now inactive, a spokeswoman for Guinness told CNN.

“This record was rested in 2000 when it became clear that it was not possible to verify it in full,” the spokeswoman said in a statement.

“Even when we did publish information in this regard in the past, we were never able to state definitively which was the oldest pub in the country, since the age and historical usage of buildings is in many cases uncertain,” she added.

Record holder or not, this may not the pub’s final chapter.

A spokesperson for Mitchells & Butlers, the brewery that owns the premises, said it was working to reopen it.

“We can confirm that sadly our tenants at Ye Old Fighting Cocks have appointed administrators but can reassure locals that this is not the end for the pub,” the spokesperson told CNN in a statement.

“We are currently exploring all opportunities for the site’s future and hope to reopen the pub under new management as soon as possible,” they added.

The UK is home to many historic pubs, including London’s famous Prospect of Whitby riverside tavern.

Established in 1520 and formerly known as the Devil’s Tavern, the pub was a renowned hangout for smugglers, villains and pirates, the latter who traded contraband and sold bodies that had washed up from the Thames river.