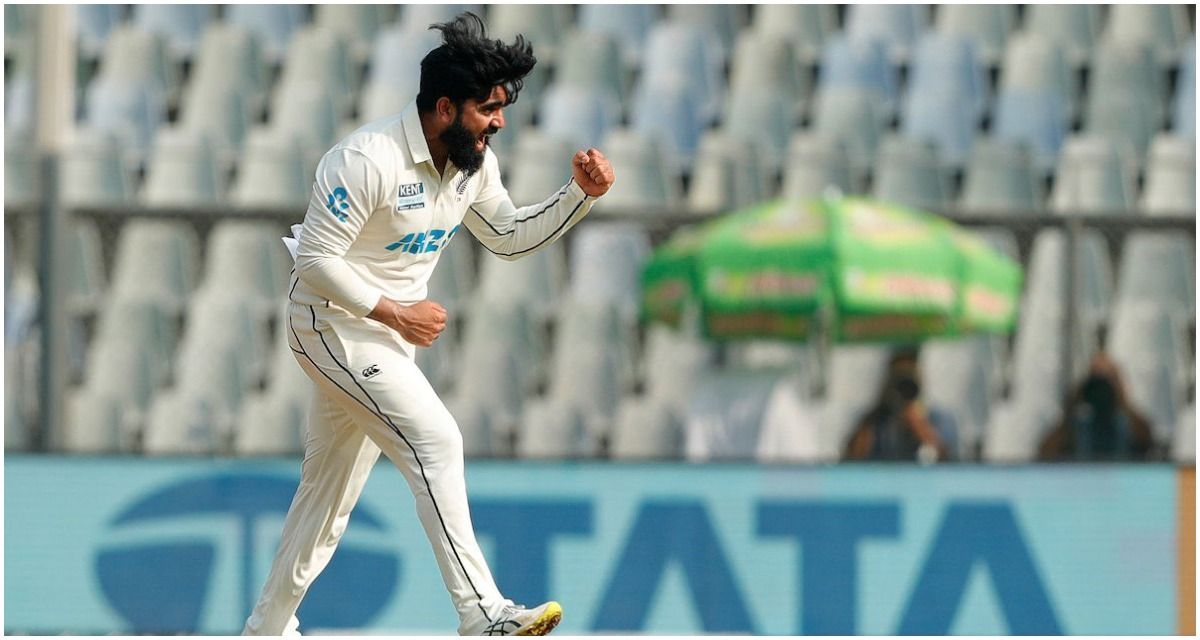 New Delhi, Dec 6: New Zealand slumped to a heavy 372-run defeat in the hands of India in the 2nd and Final Test match against New Zealand at the Wankhede Stadium on Monday.Also Read – India, Russia Sign Record 28 MoUs, Programme of Cooperation In Defence For 10 Years | Key Points

The Kiwis might have lost the series, but Ajaz Patel has been the star performer picking up 14 wickets in the Mumbai Test match. He got his name into the history books by becoming the third player in the history of the longest format of the game to scalp 10 wickets in an innings. Also Read – SA vs IND: CSA Revise India Tour Schedule, First Test on December 26

The left-arm spinner posted on Twitter that Sehwag had hit him out of the park during his stint as a net bowler in the past. Also Read – IND vs NZ: New Zealand Spinner Ajaz Patel Fortunate to Scalp 10-Fer Against India

One of the most difficult things to achieve in the game. 10 wickets in an innings. A day to remember for the rest of your life, #AjazPatel . Born in Mumbai, creating history in Mumbai.
Congratulations on the historic achievement. pic.twitter.com/hdOe67COdK

“Thank you @virendersehwag, funny story I still remember you smashing me out of the ground at the outer oval at Eden Park when I came in as a net bowler,” Ajaz said.

To which, Sehwag responded,”waqt ki aadat hai, badalta zaroor hail (Time has a habit of changing). What you have achieved in Mumbai is extra-ordinary so much so that India ki jeet se jyada aapke charche hain. May you achieve ever more success and good luck.”

Sehwag said that the cricket fraternity is talking more about Ajaz’s achievement than India’s series victory in Mumbai and wished the spinner all the best for the future.