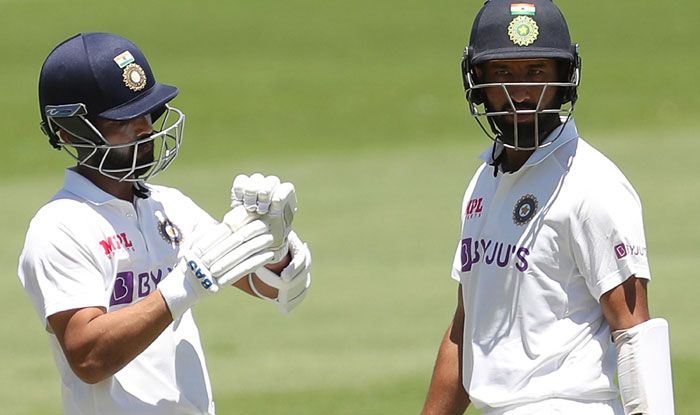 Mumbai: Speculations have been rife that India’s Test vice-captain Ajinkya Rahane and No 3 Cheteshwar Pujara and senior pacer Ishant Sharma may not make the cut for the tour of South Africa. But, as per a report in TOI, all three of them would in all probability make it to the squad for the Tests in South Africa.Also Read – BCCI Selectors in Dilemma Over Rohit Sharma or Virat Kohli as ODI Captain For South Africa Tour: Report

The report also suggests that Shikhar Dhawan – who was axed from the T20I squad for the T20 World Cup – is in contention of making the ODI side as a backup opener. Also Read – India vs South Africa: Duanne Olivier Back as South Africa Announce Squad For India Series

“As for Dhawan, he has been a consistent performer in ODIs, even in the last two series he has performed,” a close source to the selection panel told TOI. Also Read – Aakash Chopra on India Having Two Different Captains in Virat Kohli, Rohit Sharma For South Africa Tour, Would be a Challenge For Rahul Dravid

Multiple reports suggested that the selectors would be announcing the team today. The same TOI report suggests that the delay is taking place because of the ODI captaincy issue. Most of the selectors are in favour of Rohit Sharma taking over as the ODI captain after being appointed as the T20I skipper of the side.

Meanwhile, Cricket South Africa confirmed that the India tour to South Africa will start from December 26 at the SuperSport Park in centurion, the day after Christmas on Boxing Day. The series will start off with the 3-match Test series first.

“It is a pleasure for Cricket South Africa (CSA) to confirm the updated schedule for the India men’s tour to South Africa. As announced over the weekend, the tour has been reduced from three series to two; the Betway Test and One-Day International series, taking place from December 26 to January 23 2022 across four venues, following successful engagement with the Board of Control for Cricket in India (BCCI),” CSA said.