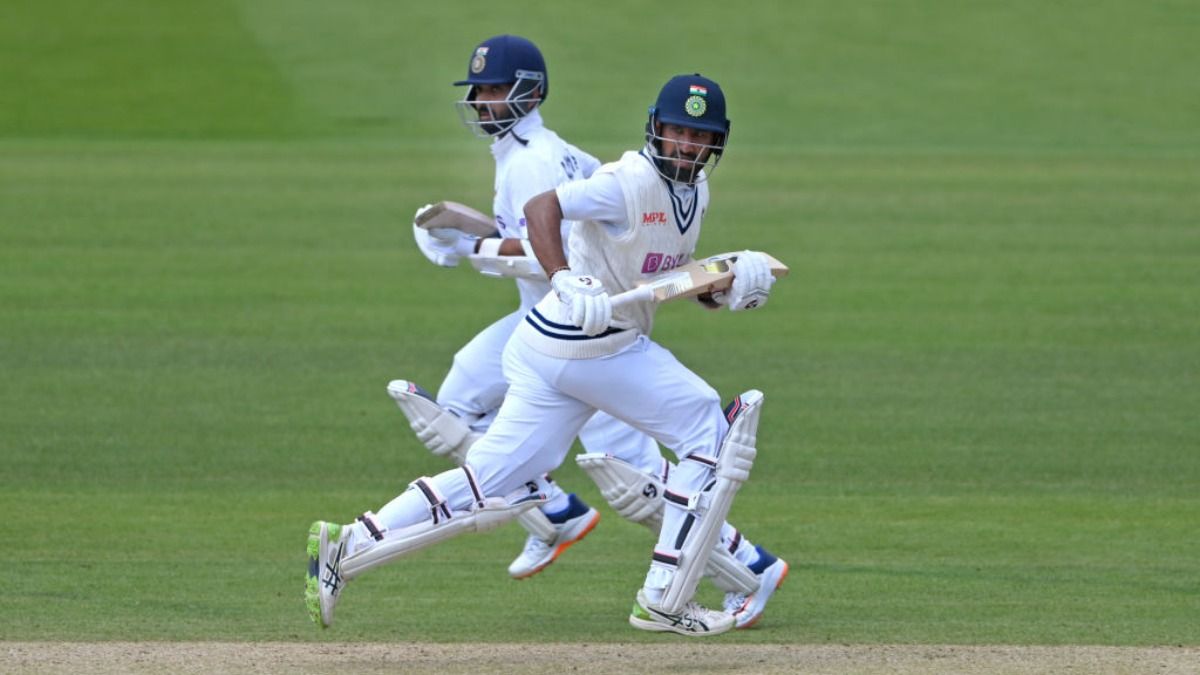 New Delhi: Under fire, India’s middle order batters, Ajinkya Rahane and Cheteshwar Pujara had a solid training session ahead of the important series of South Africa which will be a litmus test for the senior cricketers.Also Read – Ashes 2021: Josh Hazelwood Tricked By Barmy Army To Sign A Hilarious Photograph; Tweet Goes Viral

Rahane, who was recently sacked as Team India’s vice-captain due to a hamstring injury, shared a video during the training session where he striking the ball cleanly and without any issues. Also Read – Ashes 2021: Hobart To Host Fifth Test of Australia vs England Test Series; Second Day-Night Match After Adelaide

However, the team management have also shown confidence in Rahane, who has played 79 Tests in India so far, and will be striving to prove his worth on the tour of South Africa.

Cheteshwar Pujara also posted an Instagram Reel with the caption, “Trust the process!” The video shows him warming up with exercises that include a brisk sprint on the ground.

Pujara has played in 92 Tests in India so far, had a few good knocks during a trip to England. The No. 3 batter also scored 47 when he opened the second innings of the Mumbai Test against New Zealand, however, the Saurashtra batter has not scored a century since January 2019. His cautious nature and overly defensive nature of batting has been questioned time and again.

The emergence of a player like Shreyas Iyer, who hit a hundred on his debut, and Suryakumar Yadav, another Mumbai player who is eagerly awaiting his chance in test, has added to the pressure on the two. There have been discussions trying to get young stalwarts like Shubman Gill in the middle.

Both of these senior players have done well in overseas in the past and will be looking to prove their mettle in the upcoming tour to South Africa.