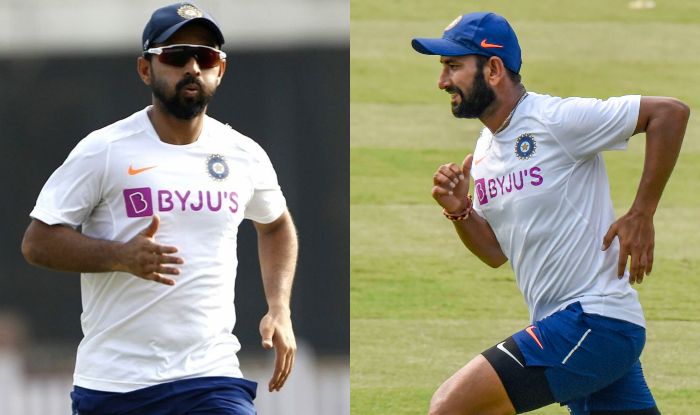 Centurion: A day ahead of the much-awaited Boxing Day test between India and South Africa, there are a few problems that would worry the team reckons ex-opener Aakash Chopra. He felt in the absence of Rohit Sharma and with Ajinkya Rahane and Cheteshwar Pujara out-of-form – things look bleak in the batting department for the visitors. He also pointed that India would be missing Axar Patel and Ravindra Jadeja with the bat.Also Read – Merry Christmas 2021: When Virat Kohli Played Santa Claus For Shelter Home Kids in Kolkata | WATCH VIDEO

Chopra said while speaking on his YouTube channel: “We don’t have Axar, Jadeja and Rohit too. So the batting looks a little weak. Rahane does not have the form, so there is a slight problem there. Cheteshwar Pujara hasn’t been very consistent. India is struggling a little at the moment in the batting, that’s my biggest worry.” Also Read – Boxing Day Test: Why Rahul Dravid And Not India Captain Virat Kohli Will Address Press Conference Ahead of SA vs IND 1st Test

The ex-India opener seemed happy with the bowling unit and the addition of Mohammed Siraj would strengthen the pace battery. Also Read – Virat Kohli’s Status to Playing 11; Things India Coach Rahul Dravid Could Reveal at Press Conference on Eve of Boxing Day Test

“We have the key performers from last time – Shami and Bumrah. Now you have Siraj also and Virat as well. But I see slight problems in the batting,” he added.

He also went on to suggest that India should play seven batters and four bowlers. He added further: “I will say go with six batters and Pant at No.7. Four bowlers – that should be enough. You want to take wickets but the opposing team’s batting is weak, so will probably not need five bowlers for that.”

Reports suggest that India would be playing on a green top which means pacers would be the key. India has quality in their fast-bowling department and that should keep them in good stead.