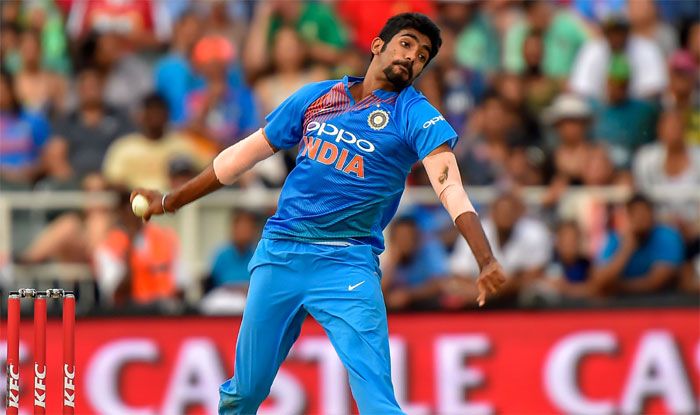 Paarl: Former South Africa cricketer Allan Donald feels that India pacer Jasprit Bumrah is the best all-format bowler in the world and his adaptability to all formats is what sets him apart from the rest of the bowlers along with his sublime skills.Also Read – IND vs SA, 2nd ODI: With Series On The Line, India Hope to Put up Better Batting Show

“Two blokes who I would keep at the top across all formats are (Kagiso) Rabada and Bumrah. But the one who would stand out in terms of all formats is Bumrah. His adaptability to all formats is just crazy and everyone talks about him. He has sublime skills in all formats of the game,” Donald quoted as saying by Telegraph. Also Read – IND vs SA: Tried Reverse Sweeps To Put Pressure Back on Indian Spinners, Says Van Der Dussen

“I was watching him bowl the other day. Especially how he delivers the ball after a stuttering run-up and releases the ball is simply crazy. He has got a magnificent wrist turn-over that no one else has presented in the game. It just can’t go wrong for him,” he said. Also Read – Tremendous Show Of Character: VVS Laxman Lauds India’s Phenomenal Performance in U-19 CWC

Donald who was known as the ‘White Lightening’ said the India pacer is a must pick in his XI in all three formats.

“His ability to bowl yorkers any time in all formats also stands out. He also knows when to bowl that yorker in Test cricket. He’s an absolute gun for me in all formats. I don’t think I’ve seen such steel in a young fast bowler. When he first came on to the scene, I thought, ‘Wow! This guy has got real pace’. And now, he’s one guy whom I would always have in my team across formats,” Donald said.

Donald said that Bumrah and other Indian bowlers became “a little impatient” at certain phases of the second and final Tests, both matches that India lost to concede the series in spite of winning the opener.

“There were times when India’s bowlers deviated from their normal plans. By normal plans, I mean bowling the fourth-stump line in order to find the ‘keeper’s gloves. At times, they became a bit more frustrated and bowled on both sides of the wicket (in Johannesburg and Cape Town),” he pointed out.