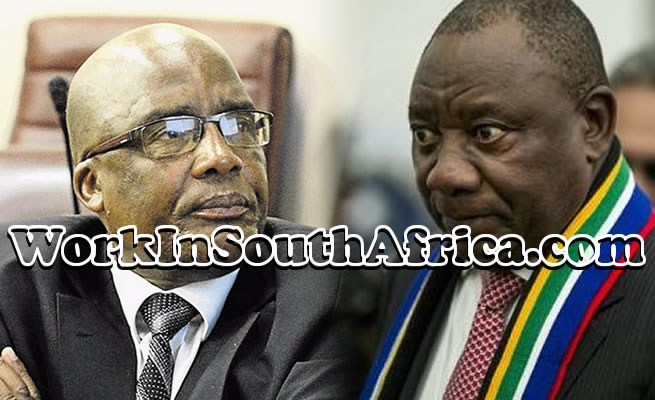 The ruling party, ANC – particularly the fumbling Department of Home Affairs – has been blamed in parliament for the recent rise of xenophobia in the country, exemplified by groups like Operation Dudula which are attacking foreigners who live and work in South  Africa.

“We want to send a very strong message to politicians who fan the flames of xenophobia that they will be held accountable should the fire get out of control,” said DA MP Angel Khanyile.

She said if the Department of Home Affairs did its work groups like Operation Dudula wouldn’t exist.

She said: “The ANC’s failures violate the rights of people who want to enter our country legally and want to contribute to the economy. She said undocumented foreign nationals should be given amnesty and allowed to leave and try to enter the country legally or apply for visas in the country. The DA will not stand by and watch while foreign nationals are being used as scapegoats by politically expedient individuals and are blamed for South Africa’s unemployment crisis.”

IFP chief whip Narend Singh said the rights of all people in South Africa needed to be protected – whether they were asylum seekers or undocumented immigrants.

He said: “We will not accept any form of xenophobia. We would like to state plainly that campaigns such as Operation Dudula cannot take the law into their own hands. Everyone is equal before the law and must respect the rule of law. However, here government and the Department of Home Affairs have failed us. Their complete inability to manage our borders as well as keep track of and deal with those that make their way into South Africa illegally has only served to intensify the anti-foreigner sentiment around issues such as jobs and healthcare,” he added.

ACDP leader Kenneth Meshoe said his party was “deeply ashamed and concerned about what has been done against foreign nationals in our country, many times by criminals”.

“We believe it is totally unacceptable for local young men and women to take the law into their own hands and try to do what government officials and inspectors should be doing.” He said it was not right for citizens to go to shops to demand work and residence permits.

“We believe that if government officials, particularly from the Department of Home Affairs, were manning our ports of entry there would not be the serious challenges with undocumented foreign nationals.”

He added: “Those who are attacking foreign nationals are threatening foreign investment confidence and hindering our growing tourism industry.”

GOOD MP Brett Herron said documented immigrants and migrants were as entitled as locals to earn a living.

In her maiden speech, ANC MP Prudence Marekwa said she was concerned about acts by “some South Africans aimed at creating disunity between South Africans and Africans from other parts of the continent”.

“That is because we, as South Africans, we are a loving nation, and we are also a welcoming nation, and generally we are not xenophobic, as people might label us. We know these acts are happening mostly where people are struggling with poverty, and it takes just one or two persons with criminal intent to provoke the desperation to mobilise such behaviours.

“It is therefore important that we remind ourselves of those values that we need to treasure under the current circumstances, hence the need to champion the ideals of Pan-Africanism and the African renaissance to encourage unity among all ethnic indigenous and diaspora groups of African descent based on common goals dating back to the slave trade era.”

She didn’t mention the Department of Home Affairs, but said some employers had reduced wages and salaries “so that they can employ others who are coming from outside South Africa on the basis of cheap labour”.

She said no other people had been as oppressed as Africans through history, which was still the case in South Africa today.

She said African people would never taste freedom as long as the “ruling party” was still in power.

Meanwhile, in the video below, several residents say the emotions which led to Monday’s clashes around the Pan Africa Shopping Centre precinct had slowly been rising over the last month. This came to a head this week when a group of residents calling themselves the Dudula Movement clashed with foreign nationals running businesses in the precinct, resulting in several arrests and injuries. Foreigners are now living in fear and they say the situation is worse than what it was in 2008 when xenophobic attacks broke out in many parts of South Africa. – Work In South Africa