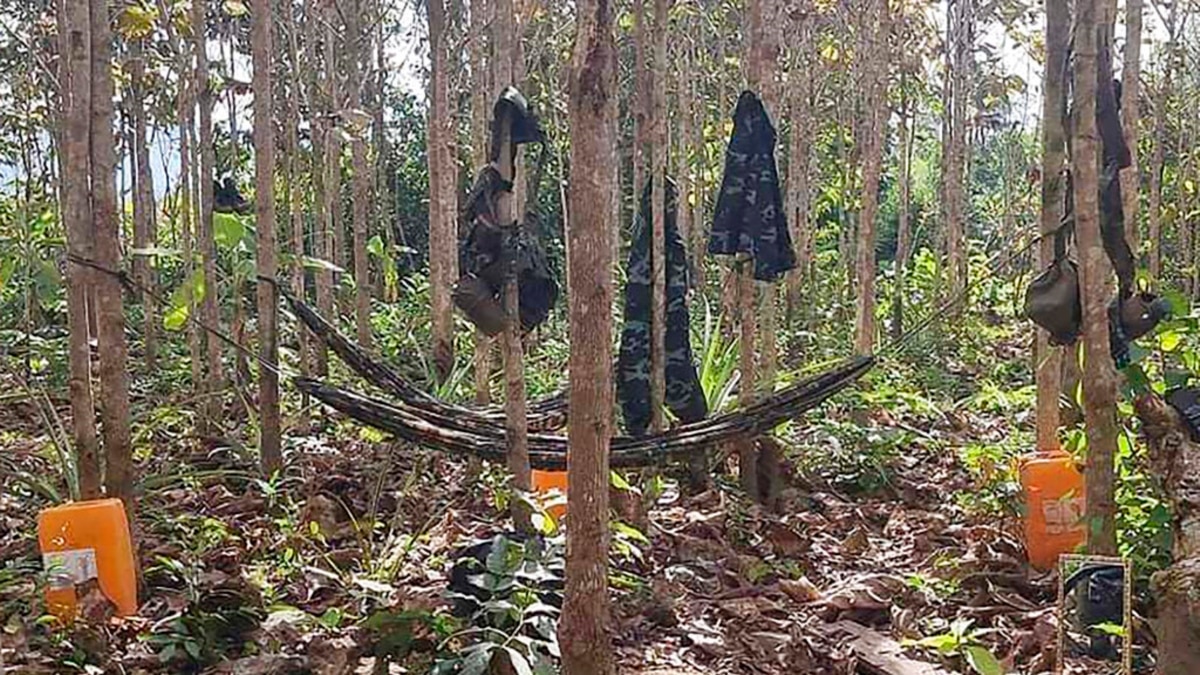 The armed resistance to Myanmar’s military regime that seized power from a democratically elected government over a year ago is holding firm against a wave of brutal offensives in recent months and may even be gaining strength, analysts say.

Having taken root in much of the countryside, they add, resistance forces are starting to pressure the overstretched military in some towns and cities as well.

“The military is having to fight not just out in the sticks; they’re having to fight right around these provincial towns,” said Matthew Arnold, an independent analyst tracking Myanmar’s post-coup violence.

Galvanized by the military’s bloody crackdown on the mass protests that met its February 2021 coup, towns and neighborhoods across the country have been banding together, mostly with crude rifles and explosives, to oppose the junta’s power grab. At least 350 militias, so-called people’s defense forces, or PDFs, have announced themselves since the putsch.

Even seasoned Myanmar watchers struggle to grasp the full scale of a guerrilla war being waged by mostly remote and disjointed forces with little but a common cause to bind them. They say many of the PDFs are likely no more than Facebook groups. Others come and go or consolidate, and run the gamut from cells of a half-dozen urban warriors planting homemade bombs to army-like units of 1,000 or more fighters spread over wide reaches of rugged hills.

“But there can be no question that millions of people support PDF activity which certainly appears to have become entrenched and in some areas may possibly be growing,” he added.

Of Myanmar’s 330 townships, more than 250 have seen some form of armed resistance since the coup, said Arnold, and at least 150 — nearly half — have had sustained conflict.

“For me the most important story in all of this is that there’s definitely been an effect of what you might call settling, where conflict has really settled into the bulk of townships of certain areas,” he said.

Along Myanmar’s borders, with India to the west and China and Thailand to the east, PDFs are teaming up with ethnic minority-led rebel armies that have been fighting with the military for autonomy for decades, drawing on their guerrilla combat knowhow and, more sparingly, weapons.

Most of the country’s two-dozen or so rebel armies have kept out of the post-coup fight, holding to formal or tacit cease-fires with the military. But at least four have committed to the resistance: the Kachin Independence Army, Karen National Liberation Army and Karenni Army in the east and the Chin National Front in the west.

With some 15,000 troops among them by some estimates, those four armies command only a fraction of the manpower of Myanmar’s roughly 350,000-strong military. Arnold, though, says the rebel groups provide enough of a “foundation” to help keep the wider armed resistance going.

And for all its soldiers, the military is struggling to hold much of the countryside on so many fronts, says Min Zaw Oo, executive director of the Myanmar Institute for Peace and Security, a local think tank.

“The PDFs usually do not fight head to head with the regime; in most cases they are easily chased out…. But the regime doesn’t have sufficient troops to hold the area. By the time the [military] leaves the area, [the] PDFs come back,” he said.

“In general … the regime controls major cities and towns, but in remote areas where the PDF is active, these are the areas the regime could not establish control,” he added.

Some of that may be starting to change.

Rebel army officials and PDF fighters told VOA last month of plans to step up attacks on urban areas. Arnold says that seems to be happening, with repeated attacks over the past few months on Loikaw, the capital city of eastern Myanmar’s Kayah state. In Myanmar’s west, he said guerrilla groups have also started harassing towns much more regularly in recent weeks.

“The resistance is becoming much more active in these kinds of provincial towns in these core regions like Sagaing and Magwe, where they’ll do attacks on military bases or police stations right inside the town itself,” said Arnold.

Min Zaw Oo said the military was for now repelling most attacks on its positions in urban areas with relative ease, though. And while resistance forces were still growing in Sagaing and Magwe, he said the offensives the military began launching with the start of Myanmar’s dry season late last year were now pushing them back from towns in Kayah and just across the border in southern Shan state.

Davis, from Janes, said the military’s dry-season operations were succeeding at disrupting the resistance’s still-germinal infrastructure and organization in some key areas. The thousands of civilians the offensives have displaced — the United Nations says 440,000 since the coup — are making it harder for PDFs and rebel armies to fight back as well, he added.

“It remains to be seen though whether these Tatmadaw successes — which in many areas rely on scorched earth tactics — are sustainable over time,” Davis said, calling Myanmar’s military by its Burmese name.

He and most other analysts are not predicting a definitive battlefield victory for a resistance movement still vastly outgunned and lacking a central command or even much coordination. But neither do they expect the resistance to fold in the face of a military reportedly straining to bolster its ranks by arming pro-junta militias, decommissioning whole police units to send them to the front, and giving civil servants combat training so they can guard key positions.

“If that doesn’t reek of desperation, I mean, I don’t know what does,” said Arnold.

A spokesperson for the regime could not be reached for comment.

The regime labels resistance groups “terrorists” and claims it replaced the previous government legally for ignoring allegations of fraud in a 2020 election that local and international poll watchers say the military’s proxy party lost fairly and decisively.

Rights groups say the regime has killed over 1,500 civilians since the coup and accuse the military of launching indiscriminate air and ground assaults on towns and villages amounting to war crimes.