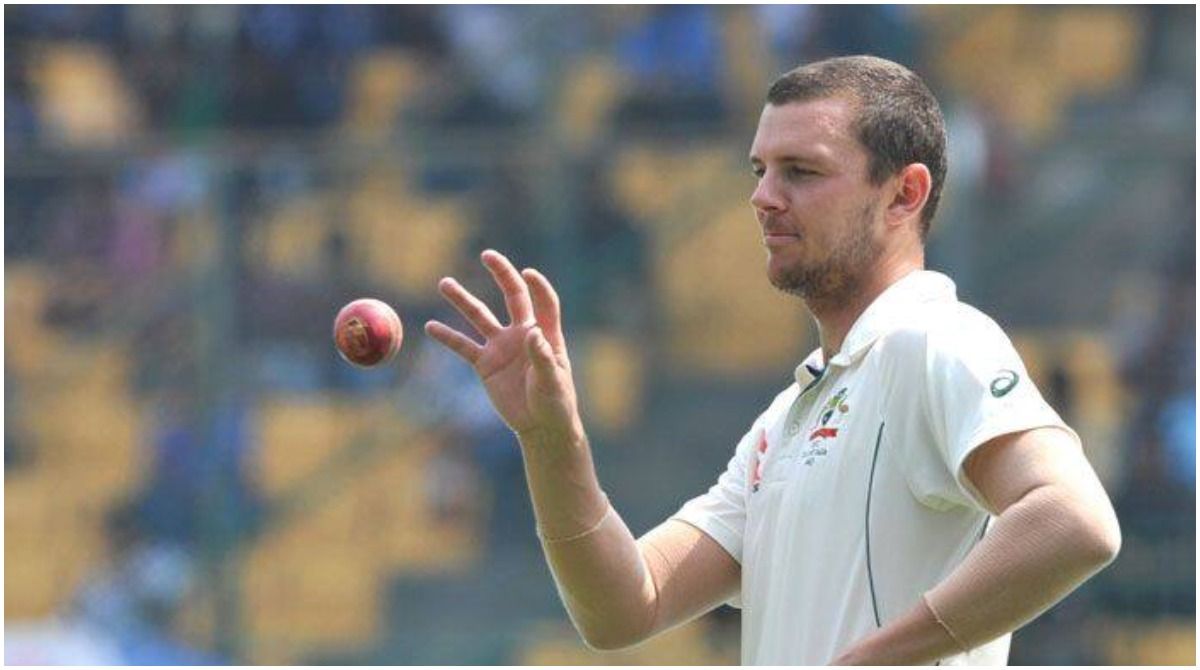 Adelaide: Australian skipper Pat Cummins cleared the suspense over who will replace the injured pace bowler Josh Hazlewood in the side for the second Ashes Test here, confirming that Jhye Richardson will be in the Playing XI for the pink-ball game starting on December 16.

Richardson is the only change in the Playing XI for the day-night game from the side that won the opening Test against England at The Gabba, Brisbane by nine wickets. Cummins also backed batting stalwart David Warner to play through the pain at Adelaide Oval.

Warner had suffered an injury to his ribs during his patient knock of 94 in the first innings of the Brisbane Test after he was hit by a rising delivery. Warner was in doubt till Tuesday evening but Australia are confident the determined left-hander will be good to go.

Richardson won the race against Michael Neser for selection, with the Queenslander’s long wait for a Test debut continuing. Blessed with the ability to move the ball at serious pace, Richardson’s two Tests to date both came in 2019 with a run of injuries hampering his career since.

The pace bowler left his mark on his two outings, taking six wickets at 20.50 against Sri Lanka. He has been in great form in Australia’s Sheffield Shield this summer, snaring 23 wickets at 13.43 so far this season. Warner’s inclusion means Usman Khawaja’s wait for a Test return continues, having last played at the 2019 Ashes.

“He’ll be right,” Cummins said of Warner. “He had a bat yesterday, batted with a bit of discomfort but knowing Davey, he’s not going to miss this one. Once adrenaline and everything kicks in, (he’ll be) a little bit sore but he’ll be fine.

“It’s one thing batting in the nets but another thing when you walk out and it’s a packed crowd. I don’t think he had any kind of painkillers or anything yesterday.

“He’s played close to 90 Tests, I’m sure a lot of them have been played in discomfort or with (niggles) going into the game. He’ll be fine tomorrow,” said Cummins.