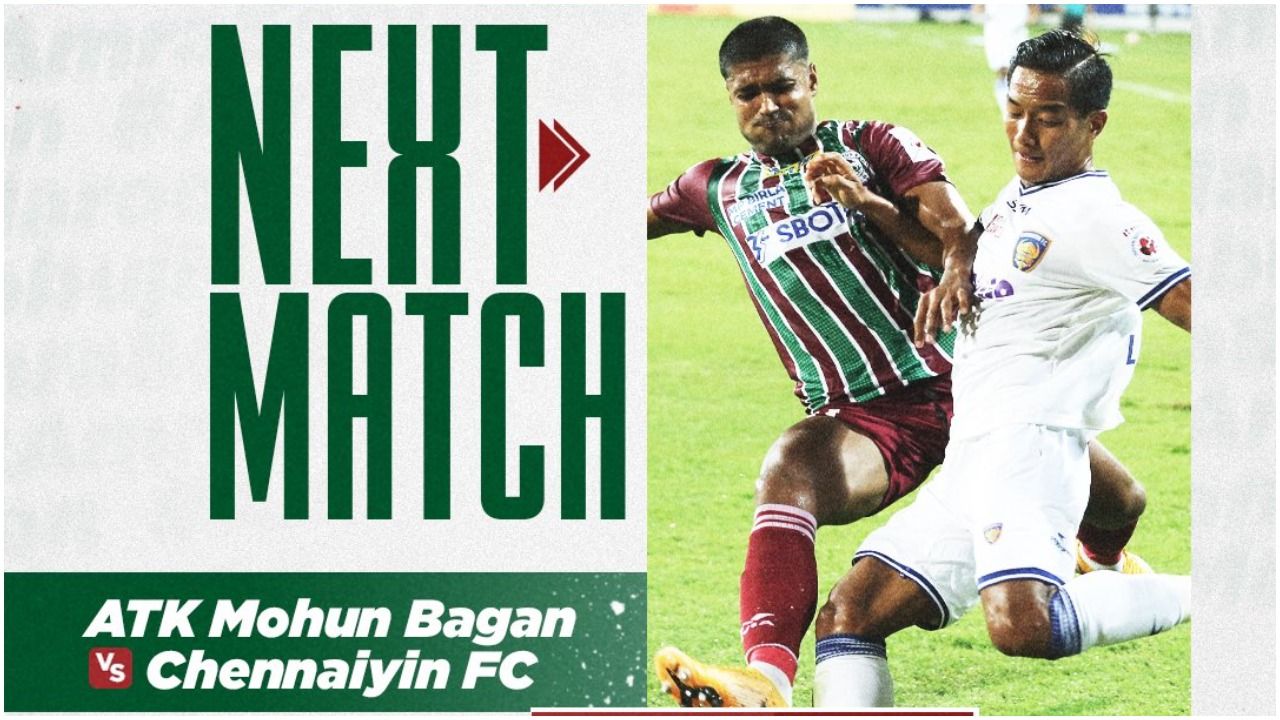 Fatorda: Heavyweights ATK Mohun Bagan would be eyeing to plug holes in its defence to avoid the ignominy of a hat-trick of defeats when it takes on an unbeaten Chennaiyin FC in an Indian Super League match here on Saturday. After starting off in style with thumping wins over Kerala Blasters FC and arch-rivals SC East Bengal, the Mariners have slumped to back-to-back losses against nemesis Mumbai City FC and Jamshedpur FC to slip out of top-five.

Against quality opposition in MCFC and JFC, the green-and-maroon brigade’s defence has been terribly out of shape, leaking seven goals in two matches.

Their two national defenders Pritam Kotal and Subhasish Bose have failed to live up to the expectations in the absence of injured Tiri and Sandesh Jhingan, who has left for Croatian club Sibenik.

Habas would hope Tiri, the star Spanish central defender, plays the full 90 minutes, even as it seems a far-fetched reality as he is yet to gain full fitness.

Chennayin FC have been the most resolute in their defence this season, letting in the least number of goals — two — from three matches. In such a scenario, Habas would look to rearrange his formation and may ring in a few changes with Michael Soosairaj a possibility in the left wing.

While trying to bolster the defence, ATK Mohun Bagan has suffered in its attacking play, something that was seen in its 1-2 loss to the Red Miners. In such a scenario, striking the right balance would be the topmost priority for the Spanish gaffer.

“We have been the best team in the first two matches and in two matches we have become the worst team. Football needs a balanced view, we would look to find a perfect balance between attack and defence,” Habas said on the eve of their match.

Lack of coordination between the likes of Roy Krishna, Hugo Boumous and their midfield has been a big letdown for the Mariners. But Habas refused to divulge his strategy when asked whether he is mulling to bring in Aussie centre forward David Williams.

“We are playing back-to-back matches and we need all our players to be ready,” he said.

ATK Mohun Bagan showed some fighting spirit in the final minutes against Jamshedpur FC that saw Kotal reducing the margin in the 88th minute.