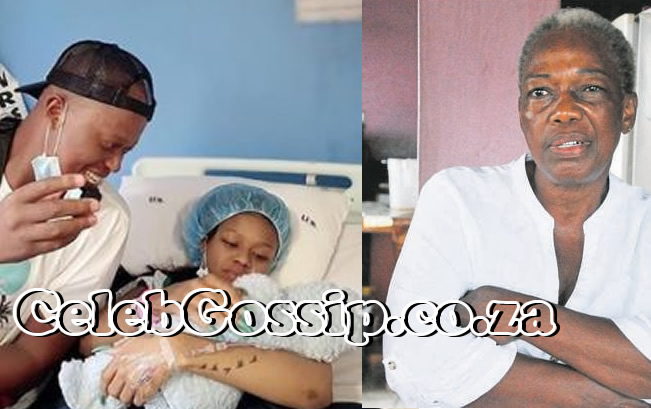 Babes Wodumo has promised her mother-in-law a hail of hot klaps – and she’s done it in a live Instagram video.

In the video clip Babes can be seen swearing at her husband, Mampintsha and his mum, Zama Mnguni.

“I will beat you up and if that fails, I will send my brothers to do it!” she said.

“He comes here and make excuses for his mother, but I don’t care,” she said.

“His mother is always asking for money. She’s a drunkard. There’s nothing you can do if your parent is from a shit family.”

“Why must I apologise when she’s the one who must apologise to me,” she said.

Viewers commented on the video.

Nqobile Zulu commented: “This is an embarrassment especially to Mampintsha.”

Nonhlanhla Kubheka suggested that she gets help.

“It’s not good that such talent goes to waste,” she wrote.

Mampintsha’s sister, Pinki said they have not seen the video and they are tired of Babes’ insults.

“We’ll be calling a family meeting to deal with her,” said Pinki. “From time to time Mampintsha reports to us that he’s being abused but we can’t do anything because he loves her,” alleged Pinki.

She said Mampintsha comes home with injuries and they are scared that one day he’ll die.

“And who will take responsibility for that?” she asked.

She said they are not even sure if Babes and Mampintsha have a baby.

Babes’ father, Pastor Welcome Simelane was not available for comment.

Mampintsha’s manager Sbusiso Ncube said they are aware of the video and they will be sending a statement.

Mampintsha’s mother, Zama said: “I am not aware of the video and I don’t care. I no longer communicate with Babes or Mampintsha. I don’t want to have anything to do with them. But I guess it’s about time I do something about it.”

Babes’ manager, Keke Mokoena said she hasn’t seen the video but she is aware of it.

“I apologise on her behalf. I will meet with her and discuss it,” said Keke.