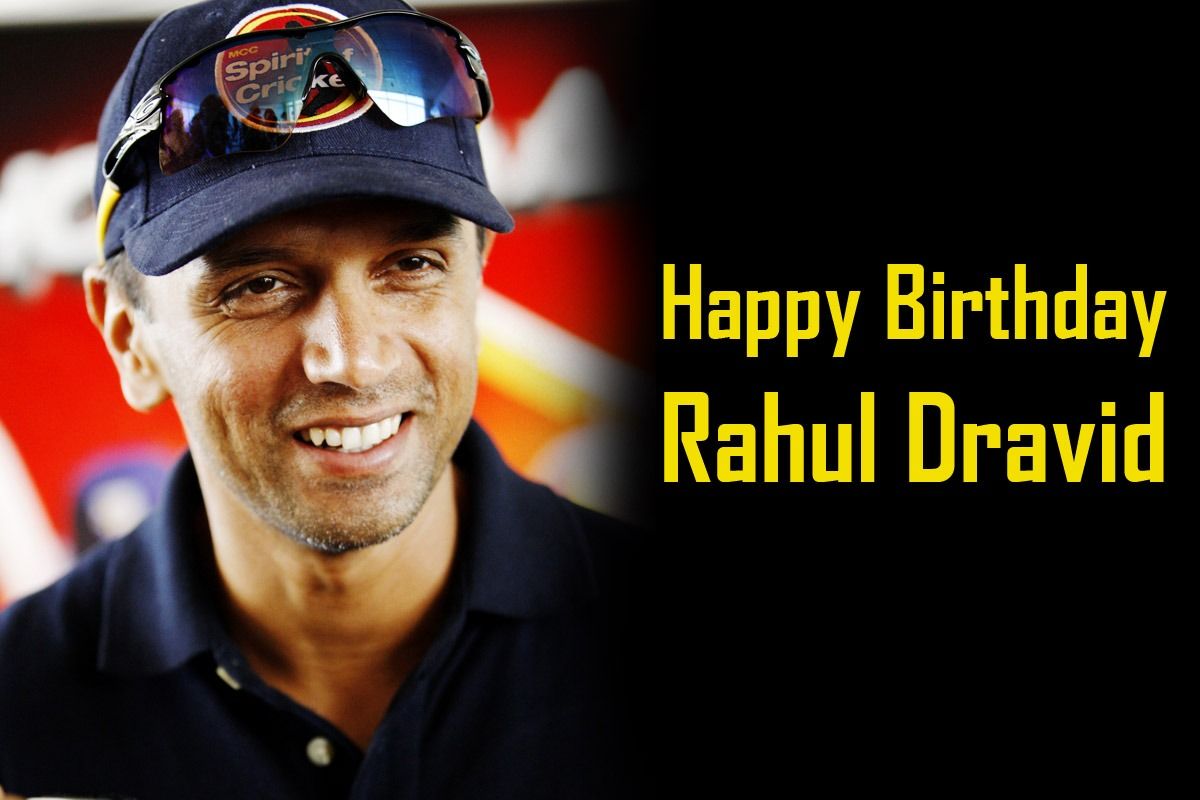 Kolkata: Often called ‘The Great Wall’ for his immaculate defence, Rahul Dravid gave a sense of relief or assurance to a lot of us growing up in the nineties till the time he was at the crease. But it was just not the way he played the game that made him the cricketer he was. Dravid was a bit more than just solid defence in the sense that he made a common man believe that good boys don’t always come last and you don’t need to be blessed with a lot of natural ability like Sachin Tendulkar to be playing at the highest level.Also Read – LIVE India vs South Africa Score 3rd Test, Day 1: Kohli, Pant Steady Ship After India Lose Two Quick Wickets

In fact, in so many ways Dravid was a poor man’s Tendulkar. Someone who was not necessarily blessed with a lot of natural ability in terms of strokeplay but what he did, was he maximised his ability to the fullest, did the basics right and worked as hard as anybody possibly could. And the result — 13288 Test runs and 10,889 ODI runs. The perfect recipe for success. Work hard, give your best and live life with a lot of honesty, integrity and self-belief. Also Read – India vs South Africa 3rd Test Live Streaming – When and where to Watch Ind vs SA Cape Town Match in India

Otherwise, who would have thought that a guy who was labelled as a Test specialist ended his career with more than 10,000 ODI runs, very few dream of it, fewer achieve it. His biggest legacy was perhaps making a common man believe that if you can maximise your ability, then nothing is impossible and keep living your life as the student of the game, always willing to learn. In Dravid’s words, “The biggest room in this world is the room for improvement.” Also Read – SA vs IND Dream11 Team Prediction, Fantasy Cricket Hints South Africa vs India 3rd Test: Captain, Vice-Captain, Playing 11s For Today’s South Africa vs India Test, Injury And Team News of Match at The Newlands, Cape Town at 2.00 PM IST January 11 Tuesday

Any young kid, growing in the nineties, trying to emulate Tendulkar was always asking for trouble. No wonder, possibly none of them made it to the international level. Dravid, playing in the shadow of a star-studded batting line-up boasting the likes of Tendulkar, Ganguly, Laxman, Azharuddin in the early part of his career and later Sehwag, was possibly the best batting icon there could ever be – just follow the textbook, he would perhaps say.

So when he called time on his international career, the world of cricket got that bit poorer.

It was after his retirement, fresh out of college that I got my first assignment in the Indian Premier League. The match was between Rajasthan Royals and Kolkata Knight Riders. Dravid had just taken over the reins from Shane Warne for the Royals and as always looked determined to do something in the cash-rich league.

Anybody who has gone to Eden Gardens will tell you that it can, at times intimidate you. While I was lost in my own thoughts, there was Dravid almost standing in front of me and you won’t know it is Dravid till the time it starts to sink in. No sense of aura, not an iota of flamboyance – just a simple man going about his business quietly on the eve of an IPL match.

As Dravid decided to hit the nets, I thought of going right behind him, just to watch him bat for some time. Opportunities like that come few and far in between. While he was receiving a few throw-downs, one of my colleagues, without even realising he was too close to the action passed an observation that could be heard even if you are taking a boat ride in the Ganges. You don’t say, ‘bad shot’ to a guy who has scored 23,000 international runs.

While most of us didn’t know how to react, considering we all knew he heard it, he hit the next one right out of the middle of the bat, looked at us and just smiled. That’s all he did and it just summed up his entire career to all of us. Most would have ignored, few would have given you a stare but none would have acknowledged it as gracefully as Dravid did that day.

The former India captain turned 49 today (Tuesday) and the best birthday gift he could ever get is a series win in South Africa. And it isn’t a distant dream anymore but a reality that might unfold in the next five days.