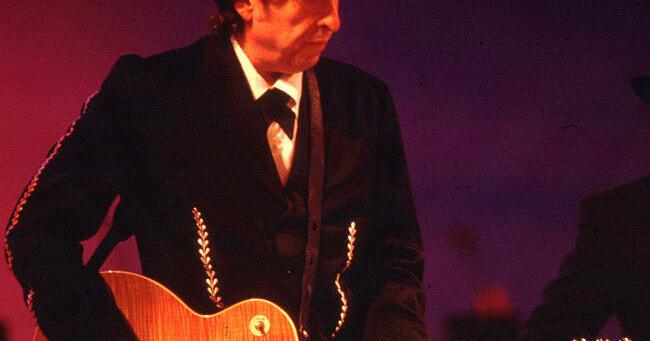 A woman who accused Bob Dylan of sexual abuse has dropped her lawsuit against the musician.

Dylan vehemently denied the serious allegations made against him and his lawyers branded them “untrue, absurd” and an extortion attempt in a response filed on 27 December.

And at a hearing on Thursday (28.07.22), the plaintiff had their motion to dismiss the case granted with prejudice.

The ‘Shelter from the Storm’ singer’s legal counsel, Orin Snyder, declared the case “over” and blasted it as a “lawyer-driven scam”.

In a statement, he said: “This case is over. It is outrageous that it was ever brought in the first place.

“We are pleased that the plaintiff has dropped this lawyer-driven sham and that the case has been dismissed with prejudice.”

Dylan’s lawyers this week accused the plaintiff of sabotaging evidence and not submitting emails and text messages by the deadline made by the court, which ultimately “compromised irretrievably”.

Documents filed in response to an amended complaint filed last December stated: “This case – based on plaintiff’s alleged interactions with Bob Dylan more than 56 years ago – is a brazen shakedown masquerading as a lawsuit.

“It was filed in bad faith for the improper purpose of extracting a huge pay out on the threat of negative publicity. The allegation is false, malicious, reckless and defamatory. Mr. Dylan will not be extorted.”

The plaintiff first filed a lawsuit against Dylan in August, alleging he had given her drugs and alcohol at his apartment at New York’s Chelsea hotel and then “sexually molested and abused” her.

She claimed she had been groomed by the ‘Like a Rolling Stone’ musician for six weeks beforehand and accused him of attempting to “lower her inhibitions with the object of sexually abusing her, which he did, coupled with the provision of drugs, alcohol and threats of physical violence, leaving her emotionally scarred and psychologically damaged to this day”.

The initial suit claimed the timeframe was April and May of 1965 but the amended complaint changed the time period to “the spring” of that year, after it was noted Dylan’s tour schedule and other commitments meant he wasn’t in New York City during that time.

The ‘Blowin’ in the Wind’ singer’s legal team argued in their new filing that their client was an “easy mark” who J.C.’s lawyers “hoped to profit” from.

They also noted the accuser had publicly claimed to have been abducted by aliens and has the ability to speak to plants, insects, and animals, both alive and dead.

The response stated: “According to her own website, plaintiff is a psychic who specialises in ‘channelling’ the deceased loved ones of grieving families – for a fee.”

But J.C.’s attorney insisted calling out the woman’s beliefs was unfair.

Peter J. Gleason said: “Some people refer to Bob Dylan as a prophet. People have labels. More than half of Americans believe in psychic phenomena.

“If you’re going to attack somebody for their beliefs, you’re encroaching upon very dangerous territory. This is what this country is based on, freedom of beliefs. It shouldn’t divert our attention from the allegations. This case is about the facts.”

The woman’s lawsuit stated she suffers from depression, anxiety and other psychological damages of “permanent and lasting natures” that have left her “incapacitated”.

She filed against Dylan just one day before the two-year window outlined in the New York Child Victims Act – which allows victims of child sex abuse to sue their alleged assailants even though their claims would normally be barred by the statute of limitations – expired.