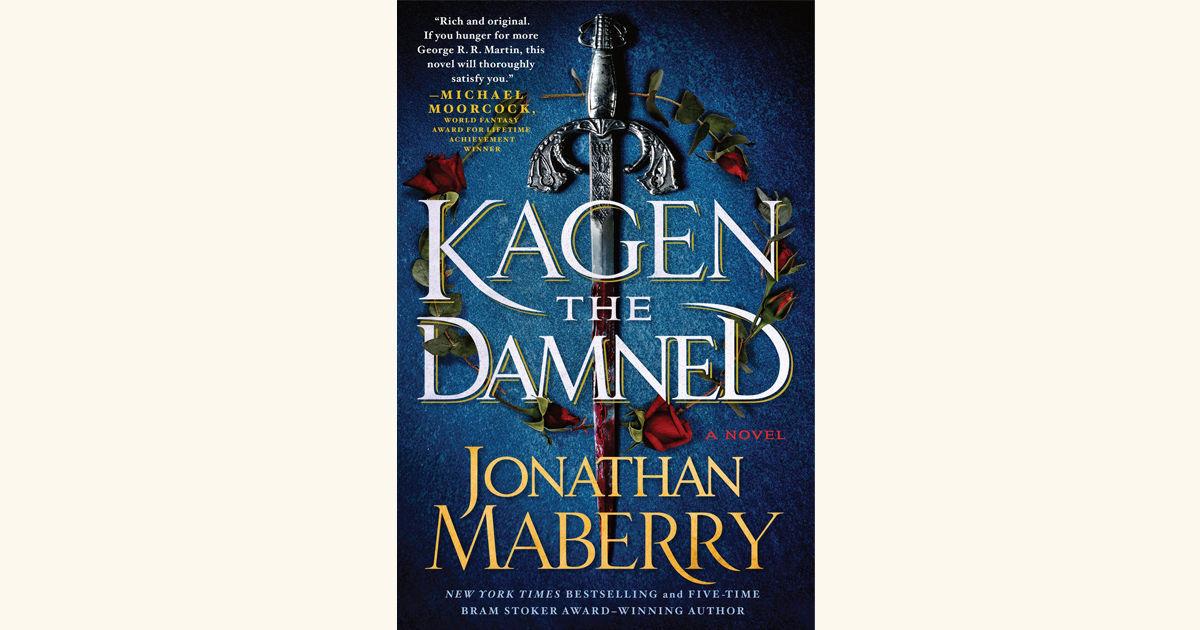 By DAVID ARNDT
FOR THE FREE LANCE–STAR

Kagen Vale’s world becomes a nightmare when the Silver Empire, to which he is the guardian of the empress’s children, is ruthlessly assaulted during a night of unholy magic and violence.

Having been drugged the night of the attack, he wakes to find the carnage of the warriors of the Witch-king of Hakkia seemingly everywhere, from isolated towns, bustling cities, even the palace of the Silver Empress. After his charges and his family are torn down before his own eyes, Kagen flees the capital. He is overwhelmed by this upheaval; yet when his very gods turn their backs on him, he realizes how cursed he has become. Thus begins Jonathan Maberry’s newest novel, “Kagen the Damned.”

Kagen’s world devolves into one of drunken violence in an attempt to assuage his guilt and punish his enemies. The former captain of the guard quaffs enormous amounts of alcohol, recounting his tragic tale to random strangers in bouts of self-pity. During moments of lucidity—and inebriated ones—he attacks soldiers serving Hakkia, repaying them a fraction of the pain and suffering he has endured.

Emboldened by liquid courage and an insatiable desire for vengeance, Kagen vows to kill the Witch-king himself to avenge his family and the fallen empire. Such lofty exclamations are most often ignored. Yet when a thief comes into his life and listens to his shocking story, an opportunity arises as he offers Kagen the one thing he has been fixating on: a plausible plan to kill the Witch-king.

After the fall of the Silver Empire, a small assortment of nobles, merchants and church-folk have come together to plot the resistance of the Hakkian takeover. Terrified of a sovereignty under the command of the Witch-king and his evil deity, they desperately seek any way to stop his coronation and the formation of his national union. One of these, the most desperate and daring one, needs Kagen the damned to prevent it.

Set in a creative and imaginative world of old gods and entities from beyond the stars, “Kagen the Damned” is a novel of tragedy, vengeance and redemption. The Lovecraftian features of the novel round out the book and add to its horror element. An already successful and talented author, Maberry lays the foundation for an incredible new series.

David Arndt is a freelance reviewer in Fredericksburg.