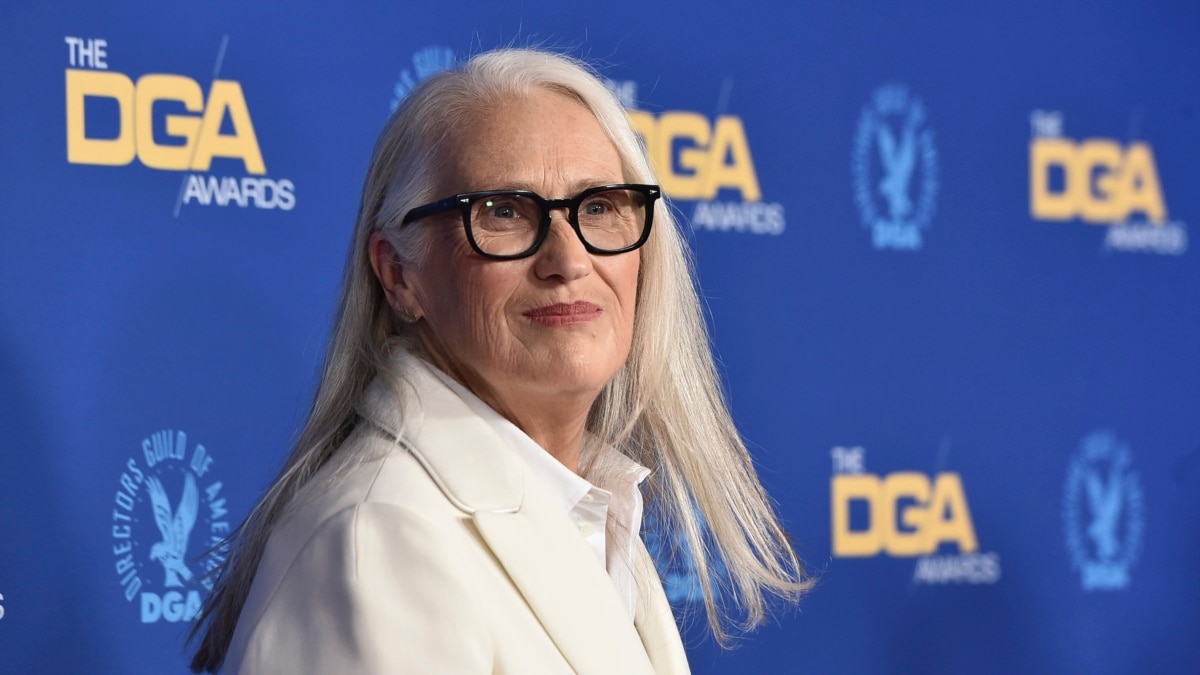 Jane Campion hailed the shattering of Hollywood’s glass ceiling as her movie “The Power of the Dog” was named the year’s best film by her fellow directors Saturday — a major accolade which historically leads to Oscars glory.

Campion won the Directors Guild of America’s top prize for her Netflix adaptation of a Western novel about the toxic masculinity of sexually repressed cowboys, fending off illustrious rivals at the Los Angeles gala including Steven Spielberg.

Campion is the third woman to ever win the top Directors Guild of America prize, after Kathryn Bigelow for 2008’s “The Hurt Locker,” and Chloe Zhao last year for “Nomadland.”

The New Zealand auteur said it was increasingly common to hear about glass ceilings being shattered during Hollywood’s award season, and that “perhaps it’s time to claim a sense of victory on that front.”

“I’m so proud of you… I’m here because I care about women having voices as well,” said Campion.

Campion, who was first nominated in 1994 for “The Piano,” earlier in the night reflected on a time when she was frequently “the only woman in the room.”

“I remember that outsider feeling as I fought to get my stories told, to bring dynamic stories from underserved perspectives to light in a male-dominated field.”

Maggie Gyllenhaal won best first-time director for “The Lost Daughter,” a drama about the challenges and taboos surrounding motherhood.

Gyllenhaal — until now primarily known as an actress in films such as “The Dark Knight” and “Secretary” — said watching Campion’s “The Piano” as a teen had “changed my life” and sparked a desire to one day direct.

“I think it is one of the real reasons that I am standing here and that ultimately, I got brave enough to say what I wanted,” said Gyllenhaal.

In the last nine years, only one director — Sam Mendes — has won the top DGA award and failed to then win best director at the Oscars, a fact that propels Campion to firm favorite status for the Academy Awards on March 27.

While Campion won on Saturday, many stars and nominees also devoted their speeches to fellow nominee Spielberg, with Rita Moreno hailing a “wizard,” Denis Villeneuve a “giant” and Spike Lee “the godfather of cinema.”

Spielberg, on his 12th DGA nomination, admitted that remaking the beloved musical “West Side Story” had been “really scary.”

“It was terrifying, and I gave up a whole bunch of times. And every single time I said ‘this is just too dangerous,'” the legendary director of “Jaws,” “Schindler’s List” and “Jurassic Park” said.

Lee received the DGA’s lifetime achievement award — the 35th person in Hollywood history to be granted the honor, and the first Black man.

The protest at Attica prison in 1971 New York state — by mainly Black and Latino inmates — ended in 43 deaths as law enforcement stormed the prison.

Although not broadcast on television and lower key than some other Hollywood awards, the DGAs are longer-running, and its 18,000 voters including the industry’s top directors offer prestigious recognition.

They also honor the year’s best TV episodes, with an installment of “Hacks” taking best comedy and “The Underground Railroad” limited series.

Best drama prize was a foregone conclusion — all five nominated episodes were from the same show, HBO’s “Succession.”

“We’re so glad that we don’t have to choose the winners,” said Brian Cox, who plays the patriarch of a squabbling media dynasty on “Succession.”

“Because picking any of these incredible directors is as difficult as a parent picking a successor for his business — and that is something I would never ever do.”