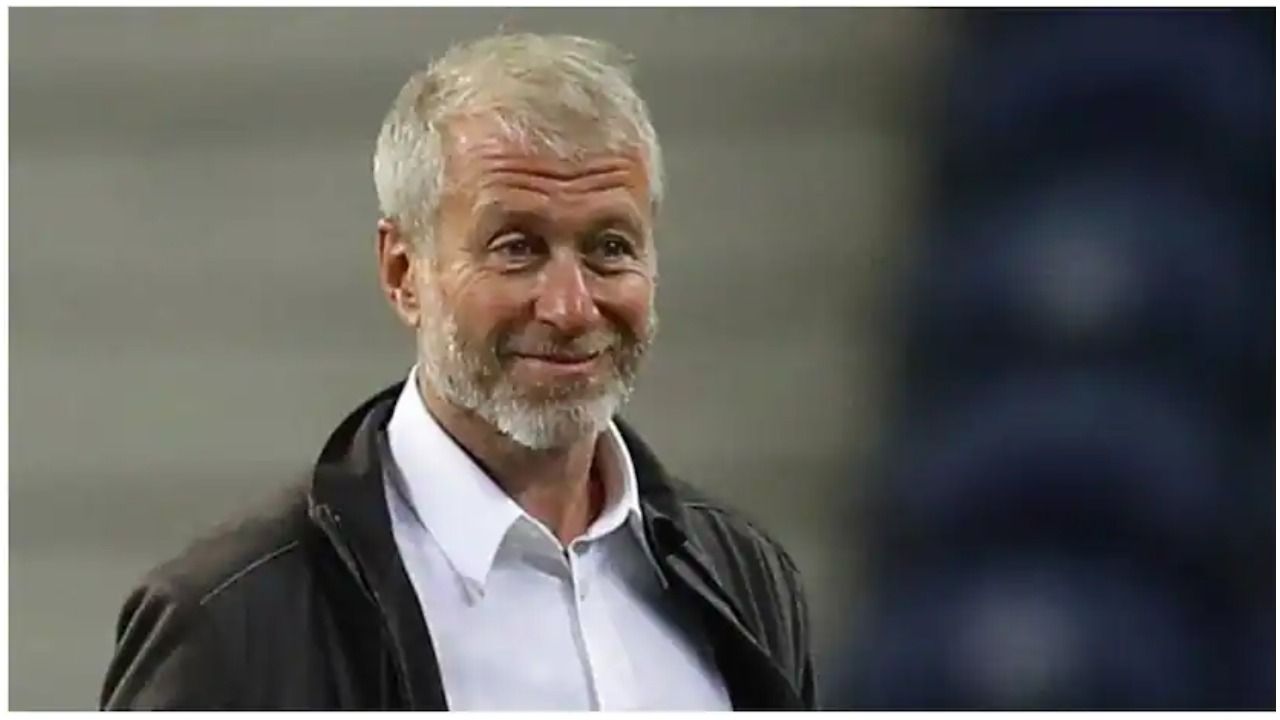 London: Roman Abramovich, owner of the Chelsea Football Club in the UK was added to the UK government’s sanctions list against Russian oligarchs with known links with President Vladimir Putin. One of the most richest people in the world, Abramovich has an estimated worth more than 9 billion pounds (USD 11 billion), is on a new list of seven wealthy Russians whose business empires, wealth and connections are closely associated with the Kremlin.Also Read – What Is Roman Abramovich’s Net Worth? Know Here

These oligarchs, with a collective net worth of around 15 billion pounds (USD 19 billion), will have their assets in the UK frozen, be banned from travelling to Britain and no UK citizen or company would be allowed to do business with them. Also Read – Ukraine Crisis: Chelsea’s Russian Owner Roman Abramovich Hands Over Club’s Control to Trustees

There can be no safe havens for those who have supported Putin’s vicious assault on Ukraine, said British Prime Minister Boris Johnson. Also Read – Chelsea Owner Roman Abramovich Not Interested in Selling Up

“Today’s sanctions are the latest step in the UK’s unwavering support for the Ukrainian people. We will be ruthless in pursuing those who enable the killing of civilians, destruction of hospitals and illegal occupation of sovereign allies,” he said.

Given the significant impact that sanctions on Abramovich would have on the Chelsea Football Club and potential knock on effects, the UK government has also published a licence which authorises a number of football-related activities to continue at Chelsea.

This includes permissions for the club to continue playing matches and other football related activity which will in turn protect the Premier League, the wider football pyramid, fans and other clubs.

This licence will only allow certain explicitly named actions to ensure the designated individual is not able to circumvent UK sanctions. The licence will be kept under constant review and we will work closely with the football authorities, the FCDO said.

Others newly-sanctioned by the UK include leading industrialist Oleg Deripaska worth 2 billion pounds (USD 2.6 billion), and Rosneft CEO Igor Sechin.

A further group of Russia-based oligarchs close to Putin have also been placed under sanction including Andrey Kostin, Chairman of VTB bank; Alexei Miller, CEO of energy company Gazprom; Nikolai Tokarev, president of the Russia state-owned pipeline company Transneft; and Dmitri Lebedev, Chairman of the Board of Directors of Bank Rossiya.

“Today’s sanctions show once again that oligarchs and kleptocrats have no place in our economy or society. With their close links to Putin they are complicit in his aggression, said UK Foreign Secretary Liz Truss.

“The blood of the Ukrainian people is on their hands. They should hang their heads in shame. Our support for Ukraine will not waver. We will not stop in this mission to ramp up the pressure on the Putin regime and choke off funds to his brutal war machine,” she said.

The sanctions are described as the latest step in the UK’s response to Putin’s illegal and unprovoked invasion, designed to ensure he fails in Ukraine by crippling Russia’s economy supporting his war machine.

The FCDO said the UK has been at the forefront of this effort, shutting out large proportions of whole sectors of the Russian economy, such as its defence industry, its financial institutions and its transport sector.

The UK has previously sanctioned more than 200 of Russia’s most significant and high-value individuals, entities and subsidiaries since the conflict began, with over 500 of them now covered by the UK’s sanctions list.

Britain’s fast-tracked Economic Crime Bill, which comes into force next week, is designed to significantly simplify the process of imposing sanctions, allow the UK to more easily sanction individuals, stop oligarchs threatening the UK with multi-million pound lawsuits for damages at the taxpayer’s expense and also allow the UK to mirror allies’ designations.

The UK will keep going further, faster and deeper to punish Putin’s regime for this callous war, the FCDO said, adding that it will continue to lead global efforts to provide Ukraine with economic, diplomatic, humanitarian and defensive support.