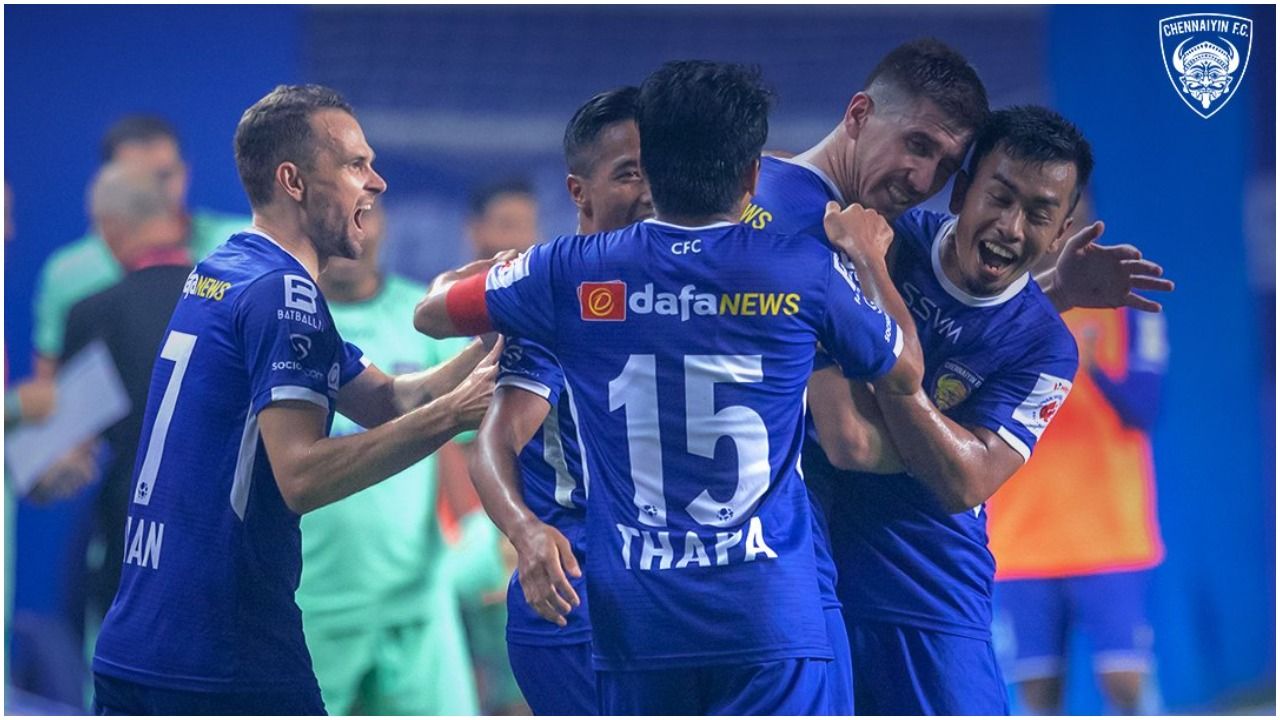 Vasco: Chennaiyin FC will be hoping to carry forward the momentum gained from their win in the previous encounter when they meet Kerala Blasters FC in their seventh match of the 2021-22 Indian Super League (ISL) at the Tilak Maidan Stadium here on Wednesday.Also Read – ISL: ATK Mohun Bagan Return to Winning Ways Under Juan Ferrando, Beat NorthEast United 3-2

The two-time ISL champions Chennaiyin bounced back with a 2-1 triumph over Odisha FC in their last match and also regained their position in the top four. Chennaiyin FC’s head coach Bozidar Bandovic is aware of the challenges the Yellow Army poses, but expressed confidence in his unit, saying they have developed a winning mentality. Also Read – ISL 2021-22 Today Match Report: Goalkeepers Shine as Bengaluru FC And Jamshedpur FC Play an Engaging Draw

“My players are very strong mentally. They show a good attitude in every game a’d don’t give up till the end. This is how I like to build a team. Each team has its strengths and we need to use ours to win the games,” Bandovic said while addressing the media during th’ team’s virtual pre-match press conference on Tuesday. Also Read – JFC vs BFC Dream11 Team Prediction, Fantasy Hints Hero ISL Match 36: Captain, Predicted Playing 11s, Top Picks- Jamshedpur FC vs Bengaluru FC, Team News For Today’s Football Match at GMC Athletic Stadium at 7:30 PM IST December 20 Monday

Chennaiyin hold an edge over Kerala Blasters when it comes to the head-to-head record as they have emerged victorious on six occasions in their last 16 ISL meetings. Kerala Blasters, on the other hand, have managed to win three while seven games have ended in draws.

“They [KBFC] are a good team and have secured a good win a couple of days ago. We need to have a good balance in attacking and defending. You need to prepare yourself according to the opponents. Like other teams, they also have strong individuals that we need to take care of,” Bandovic further added.

With his boys enjoying the majority of the possession and unleashing seven shots on target, Bandovic addressed the finishing but also emphasised the importance of putting pressure on the opponents by creating chances.

“It means nothing to me if you are playing attacking and not creating chances. In most of the games, we were dangerous as we created chances. If you see statistics, it will tell you clearly. For me, creating chances is more important. We will score goals,” he said.

Serbian defender Slavko Damjanovic has been a standout performer alongside other Indian players in the defence and was adjudged man of the match against Odisha.

“It’s important to [look at] the team role. He’s [Damjanovic] been playing very well but as I always say we don’t depend on one player, it’s teamwork. He’s a foreigner and needs to make a difference. The way the team has played, it helped him as well as other players to put on good performances. That is more important,” the coach concluded.