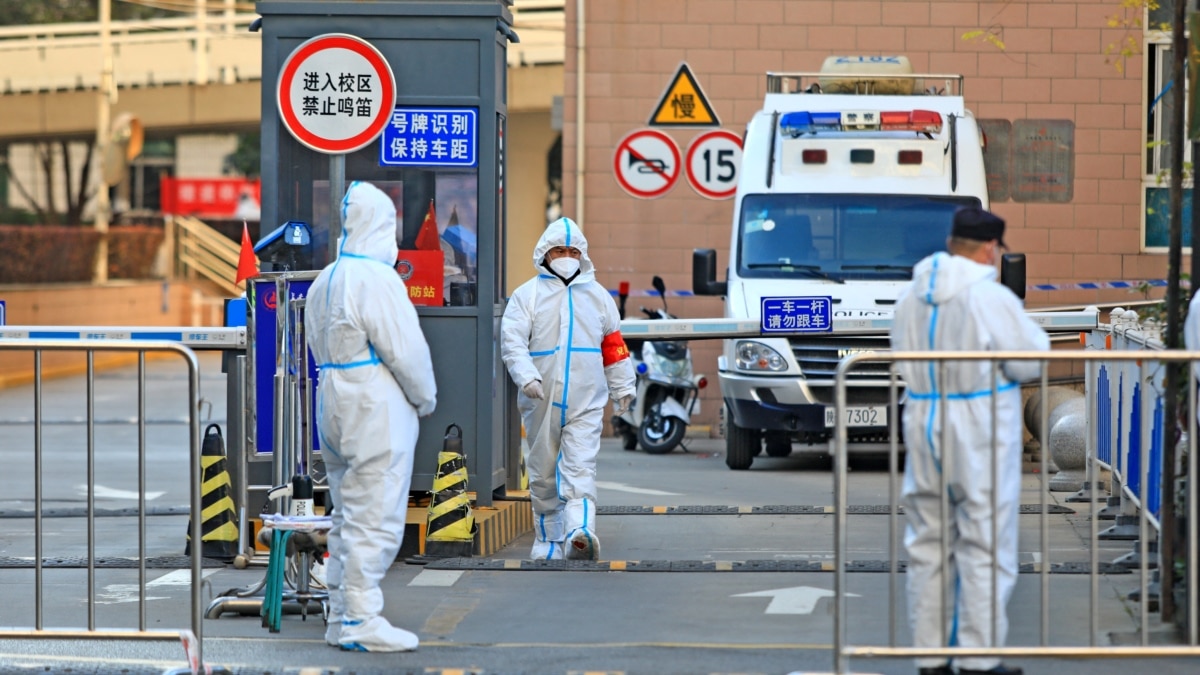 On Jan 5, 2020, the WHO first reported to the world that cases with “pneumonia of unknown cause in Wuhan City” were reported to it on Dec 31.

Two years into the COVID-19 pandemic, nations are looking for ways to coexist with the COVID-19 pathogen without shutting down their economies again with lockdowns The United States reopened its borders in November. Britain has eased testing and quarantine requirements for vaccinated arrivals.

Even countries that once had strict COVID-19 control measures, such as Australia, New Zealand and Singapore, have all dropped their goal of zero cases. Instead, most countries are trying to prevent their health care systems from becoming stretched to the breaking point while allowing their citizens to live semi-normal lifestyles.

But there’s an outlier: China.

China is the last country still holding onto a strict zero tolerance policy. Over the past two years, Chinese authorities say they have contained more than 30 COVID-19 outbreaks, including ones caused by the more contagious delta variant of the coronavirus. Strict health care measures help keep the infection at bay, including mass testing, snap lockdowns and extensive quarantines.

A recent outbreak in China’s Zhejiang province, a major industrial and export hub on the country’s east coast, left more than half a million people in quarantine, hundreds of factories shut down, and most flights out of provincial capital Hangzhou canceled. In November, Shanghai closed Disneyland, banning anyone inside from leaving while officials performed more than 100,000 COVID-19 tests after a single positive case.

With the emergence of more contagious varieties, such as the delta and the new omicron strain of the coronavirus, Beijing seems to be doubling down its effort to contain any sporadic outbreaks.

“You have to give China a lot of credit for keeping COVID so low for two years, but now I think we have passed the point where we can expect to prevent cases because it’s simply so transmissible, and eventually China is going to have to open up to the world,” Lawrence Gostin, a professor of global health law at Washington’s Georgetown University and the director of the World Health Organization Collaborating Center on National and Global Health Law, told VOA.

Experts pointed out that rigid disease control measures will be unsustainable to maintain as more contiguous variants appear across the globe.

The new omicron variant has been detected in at least 89 countries since it was first discovered in South Africain November. Health officials say the strain may be much more transmissible than delta and more resistant to COVID-19 vaccines.

“In fact, the omicron variant might be one of the most infectious pathogens on the planet. So, I don’t think it’s sustainable for China to expect to have zero tolerance for cases because it’s only a matter of time before China is overwhelmed with cases,” Gostin told VOA.

A recent study by a team from the University of Hong Kong found the omicron variant multiplies 70 times faster in the human bronchial tubes than the delta variant, leading to faster transmission among humans than previous versions.

Delta is already believed to be more than twice as contagious as previous variants, according to the Yale School of Medicine.

Chen Xi, an associate professor of health policy and economics at the Yale School of Public Health, pointed out that China has shifted from a zero-tolerance policy to a “dynamic” zero tolerance policy, meaning that the country acknowledges it is impossible to keep the case number to zero.

Yet according to Chen, Beijing is unlikely to relax its strict COVID-19 policies anytime soon.

“China’s approach now is ‘wait and see.’ There are two major events in China in 2022: the Winter Olympics and the 20th National Congress. So, China does not want to make a move right now that might cause any disruption in its society,” Chen told VOA.

One reason for China’s extreme caution on COVID-19 transmissions is the number of hospital beds in the country. According to data from Forbes, China has 3.6 ICU beds per 100,00 patients. Meanwhile, that number for the U.S. is 34.7 and 29.2 for Germany.

“China’s medical capacity is insufficient if there’s a large outbreak. For example, the number of nurses per 1,000 people in China is about one-seventh that of the U.S., and the United States is already in short supply of nurses,” Chen added.

For example, the recent lockdown in Zhejiang Province, a major manufacturing hub that accounts for 6% of China’s total economy, is “triggering local restrictions and factory shutdowns… further supply chain disruption is a significant possibility,” analysts from London-based Capital Economics wrote in a research note last week, according to CNN.

Chen from the Yale School of Public Health pointed out that apart from economic costs, there are costs related to China’s communication with other parties of the world.

“We see that many pandemics eventually lead to wars, and that’s because these pandemics hinder communication,” he said. “I think the zero-tolerance policy has a negative effect on Sino-U.S. and Sino-EU relations particularly.”

“It’s not just China,” said Huang Yanzhong, a senior Fellow for global health at the Council on Foreign Relations. “The pandemic is limiting the movement of people; it also limits the effective communication and exchange of ideas.”

Huang added, “And that is contributing to all this disinformation, misinformation and conspiracy theories.”

Other experts argued that China’s zero tolerance policy might give the country a geopolitical advantage for the long term. Raina MacIntyre is a professor at the University of New South Wales in Sydney and a principal research Fellow at Australia’s National Health and Medical Research Council. She leads a research program on the prevention and control of infectious diseases.

“The virus attacks the heart, the lungs and even causes neurocognitive damage. We have not even begun to appreciate the population level burden of chronic disease, cognitive impairment and organ damage that countries with a large burden of disease will be living with,” MacIntyre told VOA.

She said if China keeps the infection largely under control, its population will be fit and healthy into the future, “while the U.S. and Europe will be groaning under an unprecedented burden of chronic disease and even generational burden from potential long-term effects on children,” she added.

While China’s strategy at the moment is to suppress transmission as long as there remains significant transmission globally, experts pointed out some of the costs will accumulate and create a different set of incentives for the country.

“Unfortunately, most experts expect widespread transmission of COVID-19 into 2023, and there are plenty of plausible scenarios in which it could last further. Most experts also expect COVID-19 to eventually become endemic,” Thomas Hale, a professor of global public health policy at the University of Oxford, told VOA.

He said that all governments, China included, will need to develop plans for how to manage this disease on an ongoing basis.

“For an endemic disease, it is very difficult to define success as near zero transmission,” he continued, adding that a better metric will be the overall health impact of the disease. He said governments will rely on a mix of vaccines, treatments, increased health care capacity, and containment measures to keep the health impact low.