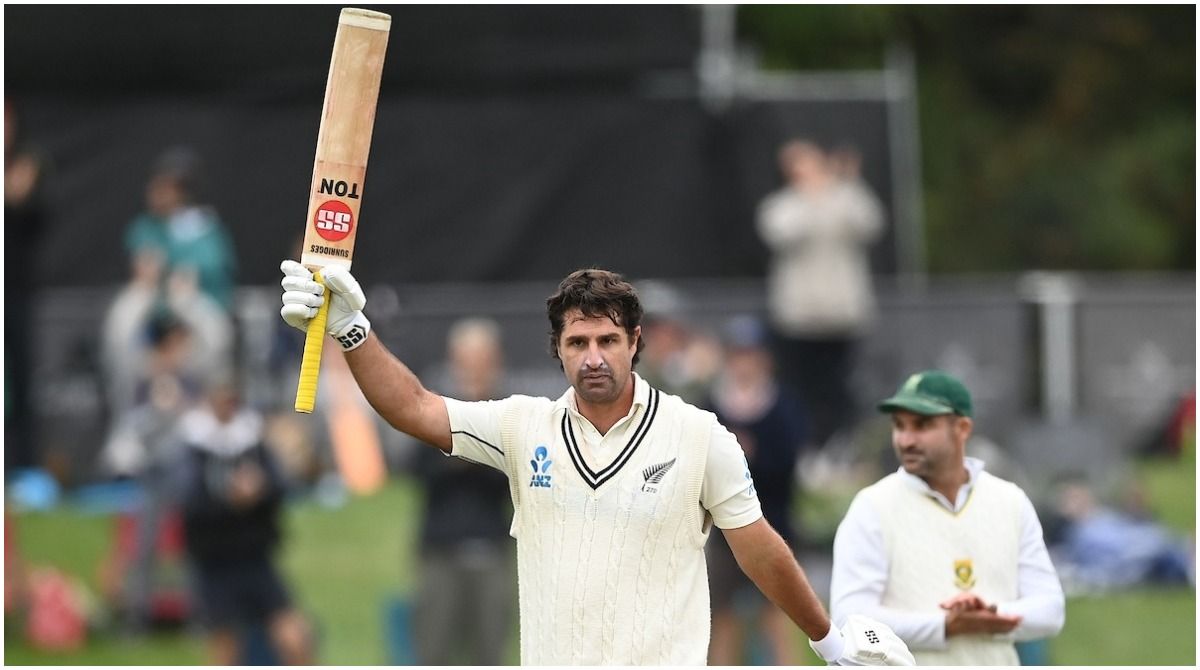 Christchurch: Colin de Grandhomme smashed his highest Test score — an unbeaten 120 off 158 balls — as New Zealand continued to stay alive in the second Test, despite South Africa taking a first-innings lead and then swelling their advantage to 211 runs at stumps on Day 3 at the Hagley Oval on Sunday.Also Read – Sarel Erwee’s Maiden Test Ton Propels South Africa To Strong Position In 2nd Match Vs NZ

Despite the 35-year-old de Grandhomme’s heroics, the Blackcaps conceded a 71-run lead after being bowled out of 293. However, Tom Latham’s bowlers have kept the home team in the hunt, restricting the Proteas to 140/5 at stumps on Sunday. Also Read – Women’s ODI World Cup: Teams Can Play Matches Even With Nine Fit Players

Continuing from an overnight score of 157/5 and still trailing South Africa by 207 runs, the pair of Daryl Mitchell and de Grandhomme frustrated the South African attack on the third day. De Grandhomme — whose previous highest in 27 Tests was 105 — started the day positively with a boundary off the first ball of the day and Mitchell followed suit with a four of his own in the next over to set the ball rolling. Also Read – Sophie Devine: Exciting Times For Women’s Cricket With CWG And T20 World Cup Round The Corner

Mitchell soon brought up his third Test fifty of his career, piercing the gap between mid-on and mid-wicket. De Grandhomme, at the other end, continued to play aggressively, hitting first-change bowler of the day, Wiaan Mulder, for two consecutive boundaries.

The Proteas finally struck through Keshav Maharaj, who trapped Mitchell in front of the stumps for 60, thus ending a fine 133-run partnership. De Grandhomme was more circumspect in his approach in his 90s and got to his second Test century.

The visitors got another wicket on the stroke of lunch as Kyle Jamieson fell to the leg-gully trap, with Marco Jansen targetting the ribs of the batter. Jansen again executed the ‘trap’ to perfection against Tim Southee, who mistimed the pull to mid-wicket. Neil Wagner played an 18-ball 21 before Kagiso Rabada wrapped up the innings with consecutive wickets to complete his five-for.

The hosts needed early wickets to get back into the game and Southee answered the call. Sarel Erwee, the centurion from the first innings, couldn’t replicate his heroics as the Kiwi veteran trapped the opener leg-before wicket with an in-swinger.

Southee then got Dean Elgar, creating an angle from around the wicket to force the batter to play. It caught the outside edge of Elgar’s bat and Tom Blundell completed a stunning diving catch in front of the first slip. Matt Henry surprised Aiden Markram with a yorker to celebrate his 50th Test wicket. The Proteas were 42/3 at tea, with a lead of 113.

Rassie van der Dussen and Temba Bavuma came out positively after the break, finding the boundaries to ease the pressure. Eventually, Wagner completed a good return catch to bring an end to van der Dussen’s innings, thus also ending the 65-run resistance between the fourth-wicket pair.

Bavuma too followed van der Dussen back to the pavilion soon after. Kyle Verreynne and Wiaan Mulder’s unbeaten 36-run stand ensured that the Proteas batted through to stumps without suffering any more damage.