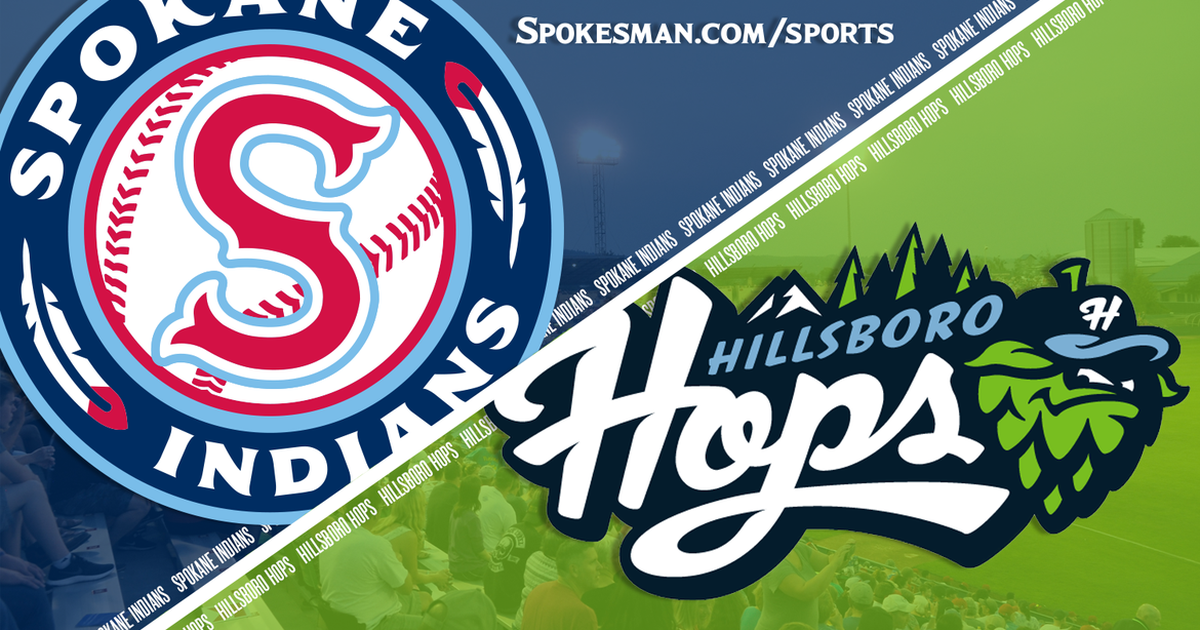 The third-place Indians (18-18) move within five games of first-place Vancouver (23-13) in the NWL second half and 1 1/2 games behind the C’s overall season record in a potential playoff tiebreaker.

Eugene (23-14), the first-half champion, is one-half game behind Vancouver in the second half.

The Indians put up four runs in the first – and it could have been more. With two on and no outs, Julio Carreras hit an RBI single to center, but Eddy Diaz was thrown out at the plate trying to make it two.

Simpson singled to plate Carreras, extending his hitting streak to 14 games, and Mateo Gil added a two-run single to cap the rally.

Hillsboro got on the board in the second on a two-run homer by Neyfy Castillo, his eighth of the season.

Hunter Goodman led off the Indians’ fifth inning with a solo homer, his third in High-A and 25th of the season overall. Spokane added a run in the sixth after Braiden Ward walked, stole second, went to third on an error and scored on a sacrifice fly.

The Indians scored two more in the seventh on a fielding error and a wild pitch, while Simpson and Ronaiker Palma added RBI doubles in the ninth.

Ryley Widell, who pitched for Washington State in 2016, made his Indians debut after being assigned to the club from Low-A Fresno earlier in the day.

He went five innings and allowed two runs on five hits and a walk with eight strikeouts.

Moves: Before the game, the Colorado Rockies announced outfielder Zac Veen and pitcher Will Ethridge were promoted to Double-A Hartford.

Widell and catcher Jose Cordova (ACL) were assigned to Spokane and pitcher Evan Shawver was reassigned from Spokane to ACL Rockies.