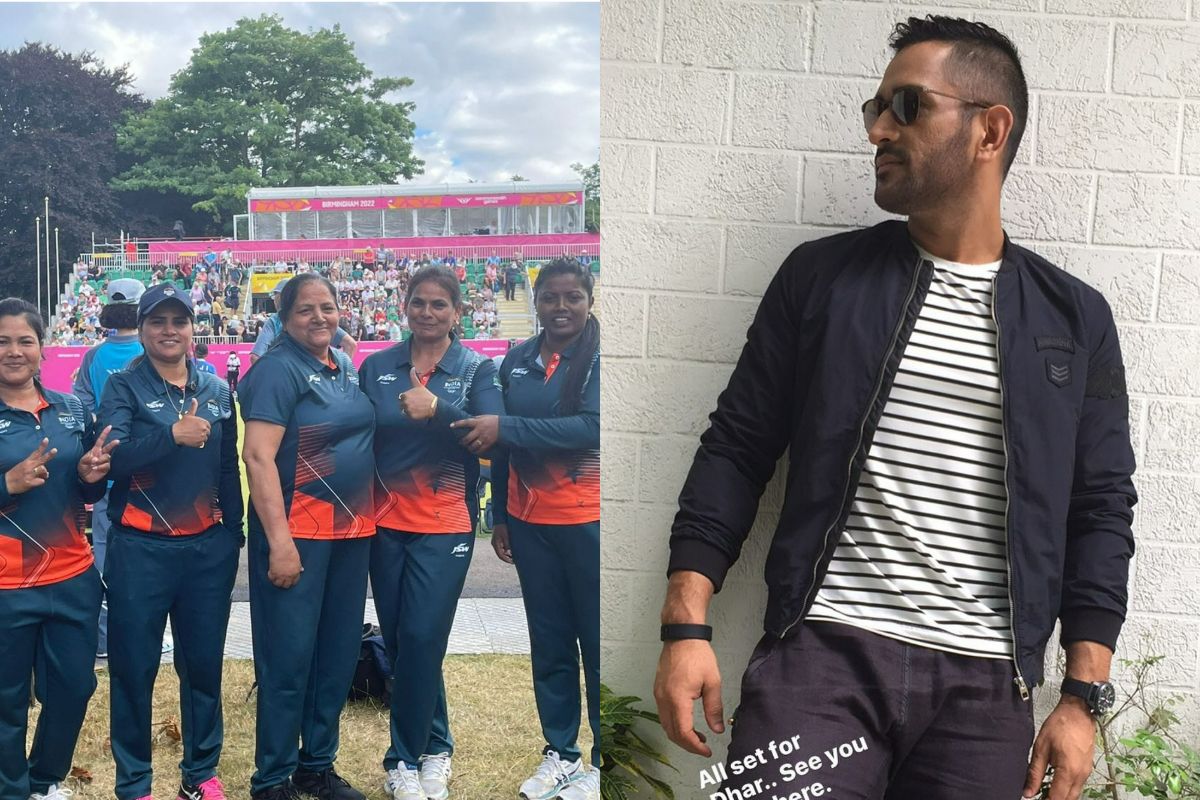 New Delhi: As Team India prepare itself to play the last bowl in the Women’s Fours final against South Africa at the Commonwealth Games lawn bowl competition here on Monday, ‘leader’ of the pack Lovely Choubey shared her struggles and her special connection with former India captain MS Dhoni. After winning a tough semi-final against New Zealand in which they were trailing 13-12, and had to score at least two shots to claim a spot in the final and secure a historic maiden medal in the competition in which they had been coming close to winning medals since in 2018.Also Read – LIVE | India at Birmingham, Day 5: India Inch Closer to Historic GOLD in Lawn Bowls; Table-Tennis Final Next

🇮🇳🤩 MEDAL ASSURED! Indian Women’s Fours team have defeated 🇳🇿 in the semi-final after being down 1-6 at the end of the fourth end, to assure India’s first-ever medal in Lawn Bowls at the CWG!

“This is as big as Olympics for us since lawn bowls are not part of the Summer Games. We lost the medal by one point four years ago but this time we have made up for that by making history. I hope this effort gives us some recognition,” Lovely, who is featuring in her third CWG, told PTI. Lovely started her career as 100m sprinter while her teammate Nayanmoni was a weightlifter. Both had to move to a ‘slow’ sport like lawn bowls due to injuries. Also Read – LIVE Lawn Bowls Final, Women’s Fours, CWG 2022 Updates: India Lead By 7-2 In Pursuit of Gold Medal

“I got into Lawn Bowls in 2008 after leaving athletics. I won Rs 70000 in a national event and told myself I could continue with this,” said Lovely who, alongside Rupa, trains at the RK Anand Bowls Green Stadium in Ranchi. Also Read – Smriti Mandhana Moves To Career-Best 3rd Position In T20I Rankings For Batters

“The balls are not made in India, they have to be imported from Australia and England. The facilities are effectively non-existent. Hopefully that will change after this,” she said.

Among the few visitors they get while they are training in Ranchi include cricketing great Dhoni, who as per Lovely knows a lot about her sport. Dhoni sir knows our coach in Ranchi and has come to see us at the greens twice over the years. We have a Dewri Mata temple closeby, when he goes there he comes to see us as well. We had a chat about the sport as well. He said whenever he is in Australia he goes to play Lawn Bowls,” remembered Lovely.