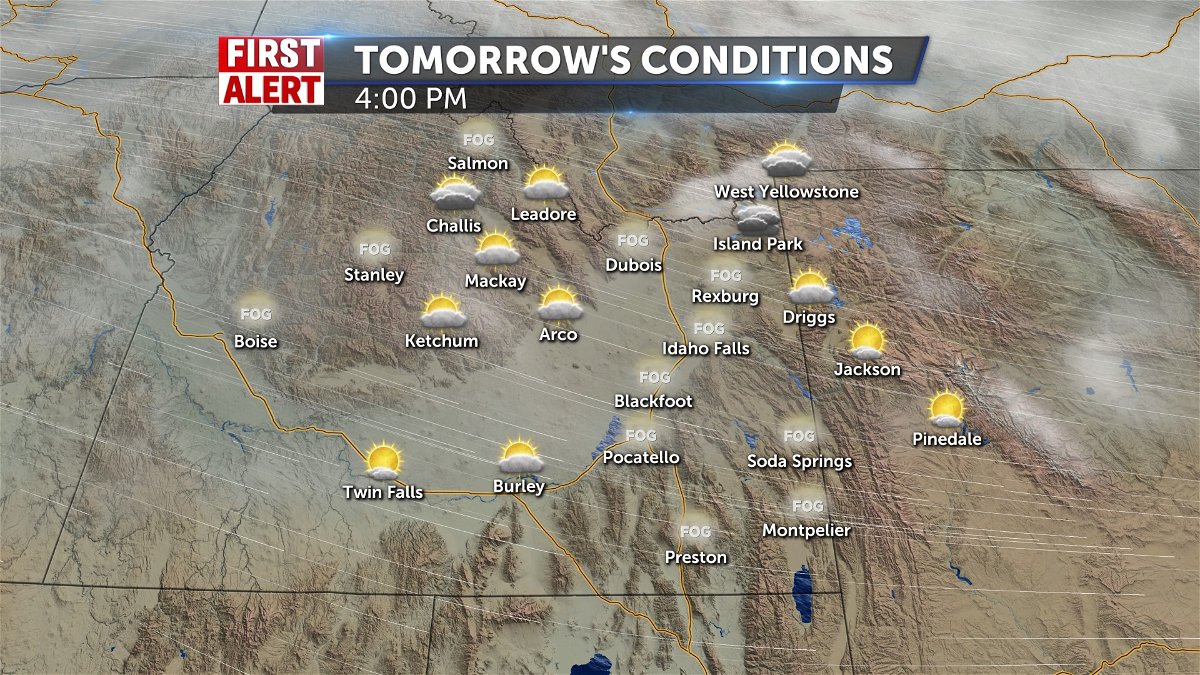 TONIGHT: A beautiful night is in store. Mostly clear skies will be present for tonight. Once we hit the overnight hours though, patchy fog will be back across the region until the late morning hours. Winds remain light through the night and low temperatures will be down into the upper 20’s in the early morning.

TOMORROW: More warmth and sunshine are on the way for tomorrow. Mostly sunny skies will peep out once the fog rolls away. Winds will only come up to slight breezes during the day. High temperatures will look to get back into the upper 40’s and lower 50’s.

LONG TERM: A return to average winter conditions returns next week. Saturday will pose isolated snow showers to just central Idaho and Western WY with the valleys only getting partly cloudy skies. We dry up for Sunday before lots of snow and rain comes for all of us on Monday. About a half a foot to an entire foot of snow is expected for the mountains. The valleys will get a mix of rain and snow with snow more likely on Tuesday morning. Accumulations in the valleys look to be anywhere from a half an inch to three inches of snow. Isolated snow and rain sticks around for Tuesday and Wednesday until the next major system of snow comes in on Thursday. Winds will look to be very gusty starting next week. High temperatures stick around 50 up until Saturday, but cool quickly down to the 30’s and even 20’s by later next week.