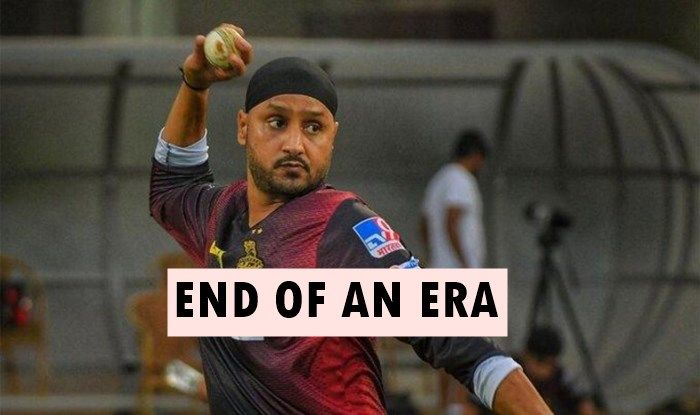 Mumbai: Harbhajan Singh on Friday brought an end to his two-decade-long cricket illustrious cricketing career as he took to Twitter to make the announcement. The veteran spinner thanked his fans for all the support and love they gave him throughout his journey. The two-time World Cup winner also was a legend in Tests. A proven match-winner Harbhajan was a key member of the Sourav Ganguly and MS Dhoni’s scheme of things.Also Read – Indian Spinner Harbhajan Singh Announces Retirement From All Forms of Cricket

“All good things come to an end and today as I bid adieu to the game that has given me everything in life, I would like to thank everyone who made this 23-year-long journey beautiful and memorable. My heartfelt thank you  Grateful,” his tweet read. Also Read – Reasons Why Virat Kohli Led Indian Team Can Clinch Maiden Test Series Against South Africa In Their Backyard

All good things come to an end and today as I bid adieu to the game that has given me everything in life, I would like to thank everyone who made this 23-year-long journey beautiful and memorable.
My heartfelt thank you 🙏 Grateful .https://t.co/iD6WHU46MU

Also Read – Rahul Dravid Talks About Understanding Mind Space, I Worked On It In Last One Year: Mayank Agarwal

Here is how fans thanked the champion.

Thank you for all the memories you gave us, started watching you from my childhood and here it ends pic.twitter.com/gnKV8Ww9lE

Harbhajan Singh has announced retirement from cricket. Burst onto the scene as a prodigy in 1998, and ended up with 711 international wickets! Brilliant player, good friend! Go well @harbhajan_singh @Geeta_Basra #BhajjiRetires #HarbhajanSingh pic.twitter.com/8yi4eZmgQm

Congratulations @harbhajan_singh for a fantastic international career.For me his 32 wickets v Australia in the 3-match Test series in 2001 was special.Part of T20 WC 2007 & WC 2011 wins.Hit 2 back to back Test tons.Brought up his maiden Test ton with a six. Best wishes for future

You made one of the greatest victories possible. And in a sense gave cricket a new life post the fixing saga. Always a rockstar my brother @harbhajan_singh go well In your second innings. Enjoy some family time and speak soon.

Congratulations bhajju pa on a splendid career, something that the entire country is proud of. Wishing you the best for the future endeavours. Also a big thank you for being an inspiration to many budding young spinners. God bless you and the family!

He is among the leading Indian spinners with 417 wickets in 103 Tests. He currently has the fourth most number of wickets by an Indian bowler in Test Cricket. Harbhajan, who last played an international match way back in 2016, was part of the KKR outfit in the IPL. He also played a few games in the Indian leg, but did not feature in UAE.