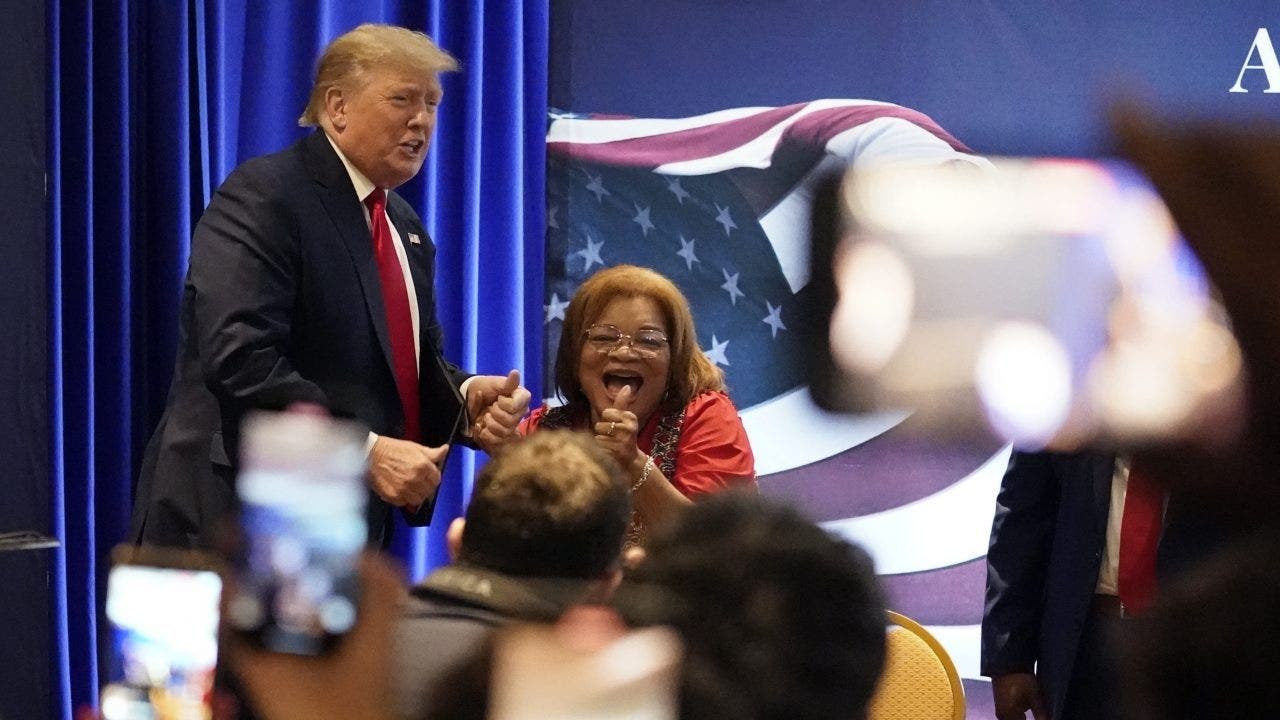 NASHVILLE – Alveda King, a Trump supporter and niece Martin Luther King Jr., told a crowd of Christian political activists Saturday — the weekend of Father’s Day and Juneteenth — that it is the Democrats who seek to divide and separate Americans by skin color.

Since 2020, several primary and special elections have shown a shift in the Hispanic voting demographic’s historical allegiance to Democrats; however, at the Faith and Freedom Coalition’s Road to Majority conference over the weekend, Evangelical Christians were triumphant that more minority voters will be voting Republican in 2022 and 2024.

The significance of the potential shift of Black and Latino voters to the right will have on the midterms is uncertain, but according to Evangelical leaders, the conservative movement is undeniably growing in minority communities.

“God is moving in the Hispanic community, and that’s why they’re moving to the right,” said Nilsa Alvarez, director of Faith and Freedom Coalition’s Hispanic outreach division, in a panel discussion Saturday.

The Faith and Freedom coalition has leaned heavily into attracting minority groups, including Hispanic and Black Americans. The goal is to create a more diverse pro-family, pro-life conservative coalition, and the Road to Majority conference reflected that push in its setup at the expansive Gaylord Opryland Hotel and Conference Center.

To reach the main auditorium, conference goers had to pass a row of doors which, when opened, each displayed the story or experience of an immigrant family. The display was put on by Stand Together, a project started by libertarian megadonor Charles Koch, who has invested heavily in Hispanic outreach in recent years seeking a less divisive approach to politics.

“We are very focused on the Hispanic community as a real game changer in ‘22 and ’24,” Faith and Freedom founder and chairman Ralph Reed told reporters at the conference Friday, touting 1,500 Hispanic pastors and activists who registered for the event.

Faith and Freedom will reach 25,000 to 50,000 Hispanic voters in key battleground states ahead of the November midterms in places like Florida, Arizona and Nevada, as well as launch voter registration drives in Latino communities, Reed said.

“Our goal is over the coming decades to build a genuinely multi-racial, multi-ethnic, faith-based movement that changes the demographic location of our movement in the decades to come,” Reed said. “And I think going to be successful. The Democrats and the left are helping us immensely.”

Freshman Republican Rep. Maria Salazar of Florida put the case against Democrats this way: “They have made saints out of socialists, a sacrament out of cancel culture.”

A minimum of 30% of the Hispanic community and at least a quarter of Black voters will resonate with the conservative message on parental rights, a return to gender norms, against “wokeness” and on pro-life issues, Reed said.

The of prospect of winning over Hispanic communities, many of them immigrants, is attractive to the right beyond the electoral advantages. Bemoaning the malaise of love for America, former U.N. Ambassador Nikki Haley said in her speech to the conference Thursday that “Legal immigrants are more patriotic than most Americans these days.”

The vibe at a conservative Christian conference is that a shift of Black voters to the right moves along the religious lines of the politically-active Evangelical. The reported impediments to minority Hispanic or Black voters to supporting Republicans – particularly the reported racism of President Donald Trump and conservatives – is simply a lie, according to some speakers.

Quoting the Gospel of Matthew, Lynne Patton “you can judge a tree by the fruit that it bears,” said Lynne Patton, part of Trump’s Save America PAC, during a panel of Black conservative activists.

“Trump’s administration bore more fruit to advance Black and Brown communities than any other,” Patton said.

Black communities deep down are conservative, according to Parett Smith, pastor of a majority-Black Vinings Worship Center in Atlanta, but he still has trouble convincing those around him to vote Republican.

MSNBC ANALYST: DEMS NEED TO ‘SCARE THE HELL OUT’ OF MINORITY VOTERS THAT ‘WE’RE GOING TO LOSE OUR DEMOCRACY’

The majority of Smith’s congregation believes Trump and Republicans are not on their side.

“We look at the family as nuclear, and that is almost being hijacked,” Smith added.

But with “liberal ideology trying to disrupt and corrupt and overtake our communities,” Smith sees a change coming.

Black Americans used to be the ones going to church, said Smith’s wife, Andrea Smith, but she sees a decline.

“I think people are realizing in order to live a true American life, we need those conservative values to come back: families, hard work, putting God first,” Andrea Smith said.

Melissa Tate, who spoke at the 2021 Road to Majority conference, attended the 2022 event to participate in panels and promote her book “Choice Privilege,” told Fox News that she sees conservative messages on upswing in the Black community — particularly as organizations like Black Lives Matter Global Network Foundation have been “exposed as fronts for the left and fundraising organizations.”

“I am seeing that there are a lot of people that are starting to wake up and recognize that this is a narrative that is being weaponized for political gain,” Tate said.

Thomas Phippen is an Editor at Fox News.