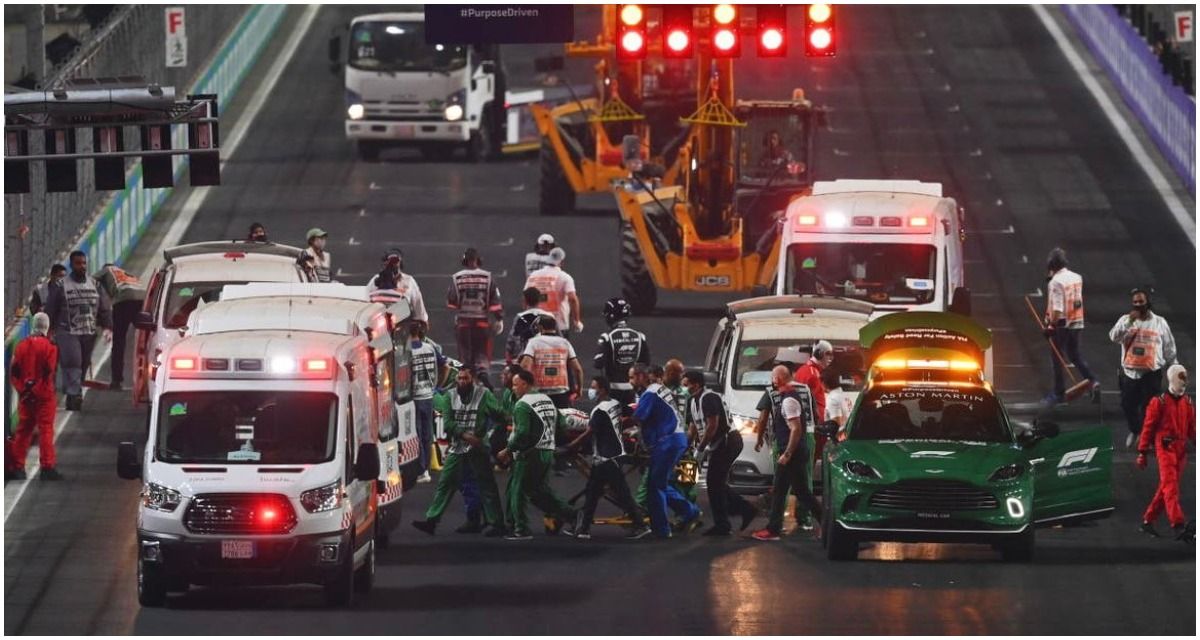 Both drivers were conscious when they were extricated from their cars before being given medical treatment, the motor racing governing body FIA confirmed. Also Read – Aladdin: F2 Actors Venkatesh Daggubati-Varun Tej Lend Their Voices For Telugu Version

“The drivers were immediately attended to by emergency and medical crews. Both have been transferred by ambulance and helicopter to King Fahad Armed Forces Hospital, Jeddah,” the FIA said in a statement. Also Read – Asian, female drivers part of F1’s ideal future: Carey

French racer Pourchaire had failed to start his car properly as the lights went out for the F2 feature race, and so was left stationary as all those around him set off. He was third on the grid, so when he stalled he was a sitting duck for most of the field coming up behind him, an express.co.uk report said.

Several drivers managed to get out of the way in time, but the unfortunate Fittipaldi was unable to avoid smashing into the back of Pourchaire’s car.

The race was immediately red-flagged and rescuers were on the scene within seconds to attend to the two drivers.