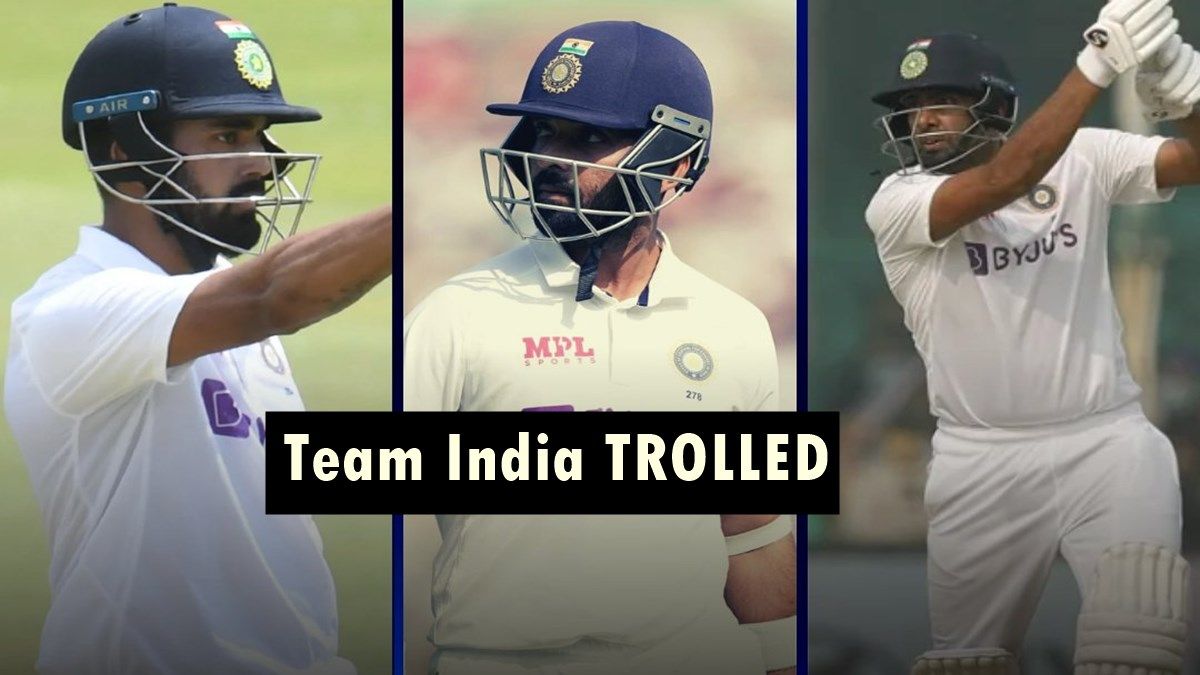 Centurion: India started the day right on top after a break of a day due to rain at Centurion during the first Test. With 272 for three, India was hoping they would get near to 400. Unfortunately, once centurion KL Rahul (123) perished, wickets tumbled and the hosts were on top.Also Read – LIVE IND vs SA Live Cricket Score1st Test, Day 3 Live Match Today Updates: Shami’s Double Strike Jolts South Africa; India on Top After Lunch

Ajinkya Rahane (48) was the next to go and he was followed by Ravi Ashwin (4). It seemed Rishabh Pant (8) would get things back on track, but he too did not last long. Also Read – Centurion Weather Updates, South Africa vs India, 1st Test, Day 3: No Rain; Play Likely to Start on Time

This upset the fans and they started reacting on Twitter. While some fans reacted hilariously, others compared it to what happened to England in the Ashes:

Australia won by an innings with 267 on board

India will do that here with 320 #SAvIND

Indian Batters Looking too Impressive on Day 1 Play.
But on Day 3, It Seems like Everyone wanted their Lunch Early 😉😉.#SAvsIND #SAvIND #INDvsSA #BoxingDayTest #KLRahul

Rahul and Rahane did all the hard work but could not help India extend the first innings total. For a new batter like Aswin and Pant and the rest – this wicket is not the easiest for an Asian batter. It had to be the set batters at the start of the day who could have done better.