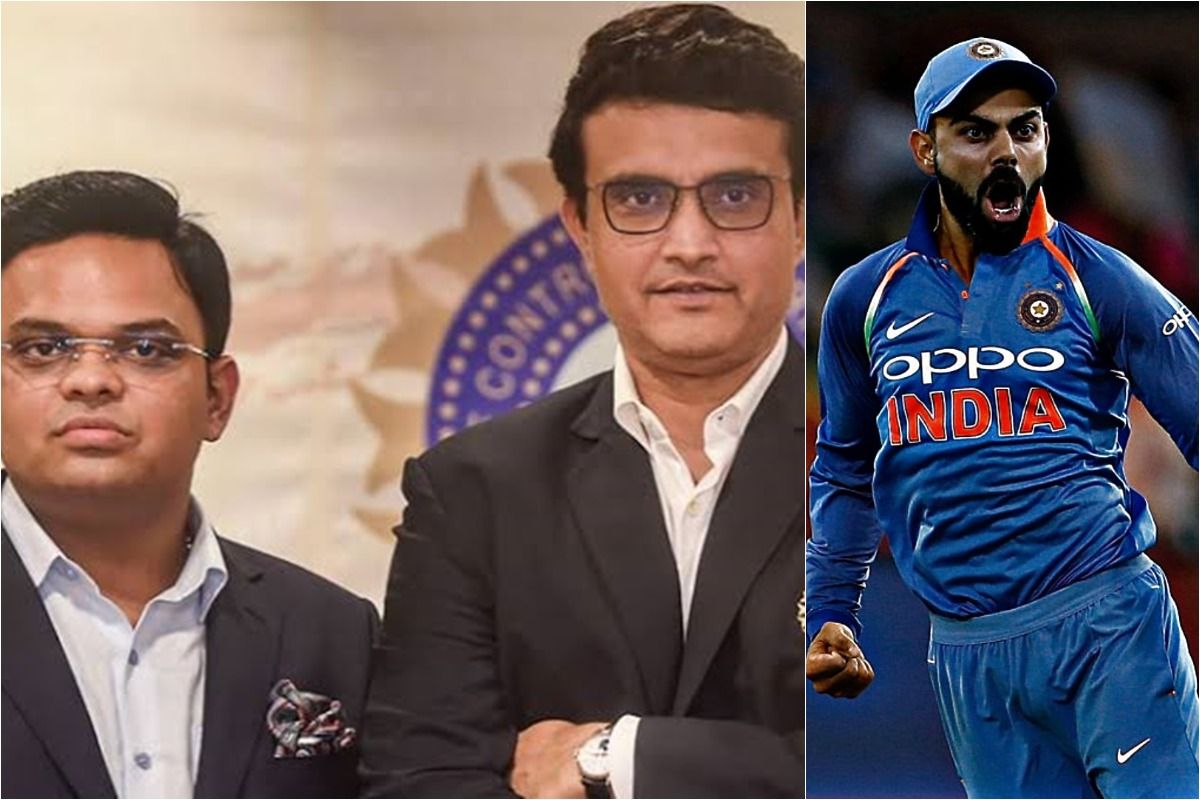 Delhi: Remembering outgoing ODI captain Virat Kohli’s achievements – the Board of Control for Cricket in India (BCCI) posted a “Thank You” note for the modern-day legend on Thursday from their official Twitter account. In the post, BCCI thanked Kohli for his distinctive leadership qualities and shared an infographic stating his achievements as the Indian cricket team’s ODI skipper. However, the post didn’t gone down well with a section of cricket fans as they slammed the world’s richest cricket body – BCCI for taking more than 24 hours to pay tribute to Kohli ‘the captain’.Also Read – Not Being Able to Win ICC Trophy Cost Virat Kohli ODI Captaincy, Says Ex National Selector Saba Karim

The change of power center in Indian cricket happened on expected lines as Kohli failed to win a single ICC trophy during his four-year tenure as the limited-overs skipper. “A leader who led the side with grit, passion & determination. Thank you Captain @imVkohli,” the Board tweeted on the day after completely omitting any reference to him in the press note that announced Rohit’s elevation to ODI captaincy. The tweet irked the fans as they feel it’s utter disrespect and humiliation for a top captain and legendary batter like Kohli. Here’s how fans slammed BCCI for the late ‘Thank You’ note! Also Read – Virat Kohli Needs Sourav Ganguly, BCCI’s Backing to Overcome Frustration And Anger: Former Cricketers React on Team India ODI Captaincy Change

No press conference , no proper information , no thank you post yet for the person who was your LOI captain for more than 5 years
This is how you treat the greatest player of this generation @BCCI ?
richest board of cricket is morally void !#ShameonBcci

This is the way bcci humiliates, the greatest cricketers ever born ! #ShameOnBCCI pic.twitter.com/Xn9pKrdDOn

From No Overseas 100 to The Temporary Captain, Rohit has came a long way
He Deserved that role

But No offence to Virat Kohli, This guy gave his heart and Soul for the team Both As a player and as a Captain
But he Deserved a better farewell tweet from bcci, #ShameOnBcci pic.twitter.com/QDmWrwvMYR

No other country would have treated their players the way Virat Kohli has been treated by BCCI. Neither a thank you note nor press & handing over Captaincy to an undeserving guy. The politics by @JayShah @SGanguly99 and @BCCI won and we lost. #ShameOnBCCI

What Virat Kohli did for them for a whole decade

What they did with Virat Kohli in return #ShameOnBCCI pic.twitter.com/pap4HwQtlE

I live in Australia and believe me, every time I talk about @imVkohli in front of my Aussie friends, they praise him a lot and say ‘wish he was an Aus player’. Almost everyone respect him here but it’s really pathetic to see the way BCCI is treating a legend.#ShameOnBCCI

The Respect Virat gets from Australian media
You guys never deserves this guy @BCCI #ShameonBCCI pic.twitter.com/iS7NrIhkhV

The fcking disrespect to an all time great. 15 hrs post announcement not even a thank you tweet to a captain who has captained Lois in the last 5 years, 3rd most win % in odi history. Deseved way better#ShameonBCCI pic.twitter.com/TeJAvVhLo1

Man literally carried the whole team for decade and what he got in return- disrespect from his own people, from his own board#ShameOnBCCI pic.twitter.com/ZinKxazclk

Despite not leading the team to ICC silverware – Kohli’s numbers in ODI cricket are nothing less than extraordinary. Under his leadership, India won 65 matches out of 95 with a win percentage of 70.43. Out of 19 bilateral series, India won 15. The Men in Blue also reached the final of the 2017 ICC Champions Trophy and the semifinal of the 2019 ICC Cricket World Cup.

As ODI skipper, Kohli scored 5,449 runs at an astonishing average of 72.65. He also hammered the second most number of hundreds as a captain in ODI cricket – 21. Former Australia skipper Ricky Ponting is at the top of the list with 22 centuries.