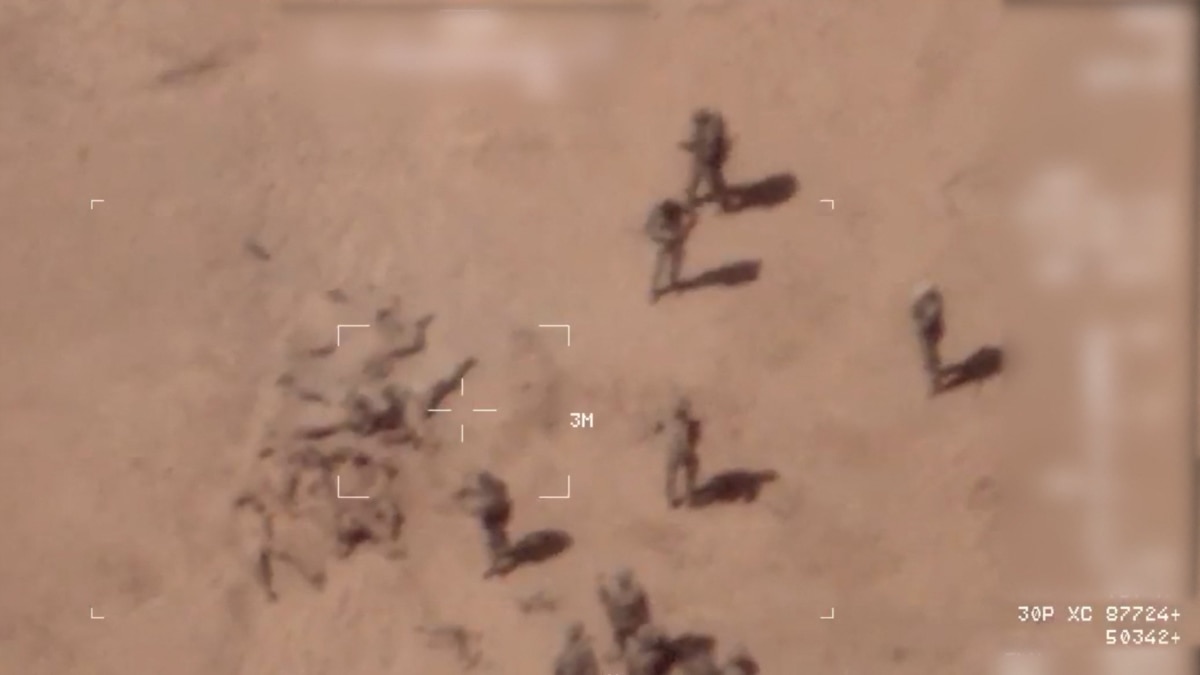 The French navy has accused Russian mercenaries of making a mass grave and falsely blaming it on the French.

The French Army says it has drone video, seen by information companies Associated Press and Agence France-Presse, of Russian mercenaries burying our bodies close to Gossi, Mali, the place the French military withdrew from a navy base this week.

Video of what seems to be an analogous location circulated Thursday on Twitter, displaying a blurred picture of what are alleged to be our bodies buried within the sand. The accompanying Twitter message says the departing French military left that scene behind in Gossi.

Speaking to AFP and AP, the French Army stated the mercenaries created the positioning to flow into photos and blame the French military to stoke anti-French sentiment in Mali.

The drone video was reportedly captured Thursday morning, however the French military left Gossi on Tuesday. France lately stated it will withdraw its troops from Mali in a operation anticipated to take 4 to 6 months.

A Twitter account named “Dia Diarra” posted a video Thursday, together with what seems to be our bodies partially buried within the sand, with the caption, “This is what the French left behind when they left the base at Gossi. These are excerpts from a video that was taken after they left! We cannot keep silent about this!”

“Dia Darra” claims to be a Malian veteran and “patriot” and posts principally pro-Malian navy and pro-Russia content material. The unique profile picture used for the account is also seen on the Russian social media web site VK on an account of a person believed to be positioned in Colombia.

After that was identified by a number of Twitter customers, the profile image was modified to a photograph of Malian President Assimi Goita. The account has been lively since January 2022.

Many governments have accused the Malian military of working with mercenaries from the Russian firm the Wagner Group which, critics say, has shut ties to the Russian authorities.

In March, Human Rights Watch reported that residents of Moura, in central Mali, stated that a whole bunch of civilians have been killed by the Malian military whereas working with “white soldiers,” who spoke a language not acquainted to them.

VOA spoke to a person who noticed 12 to fifteen males killed and witnessed each Malian and white troopers within the village in the course of the five-day operation.