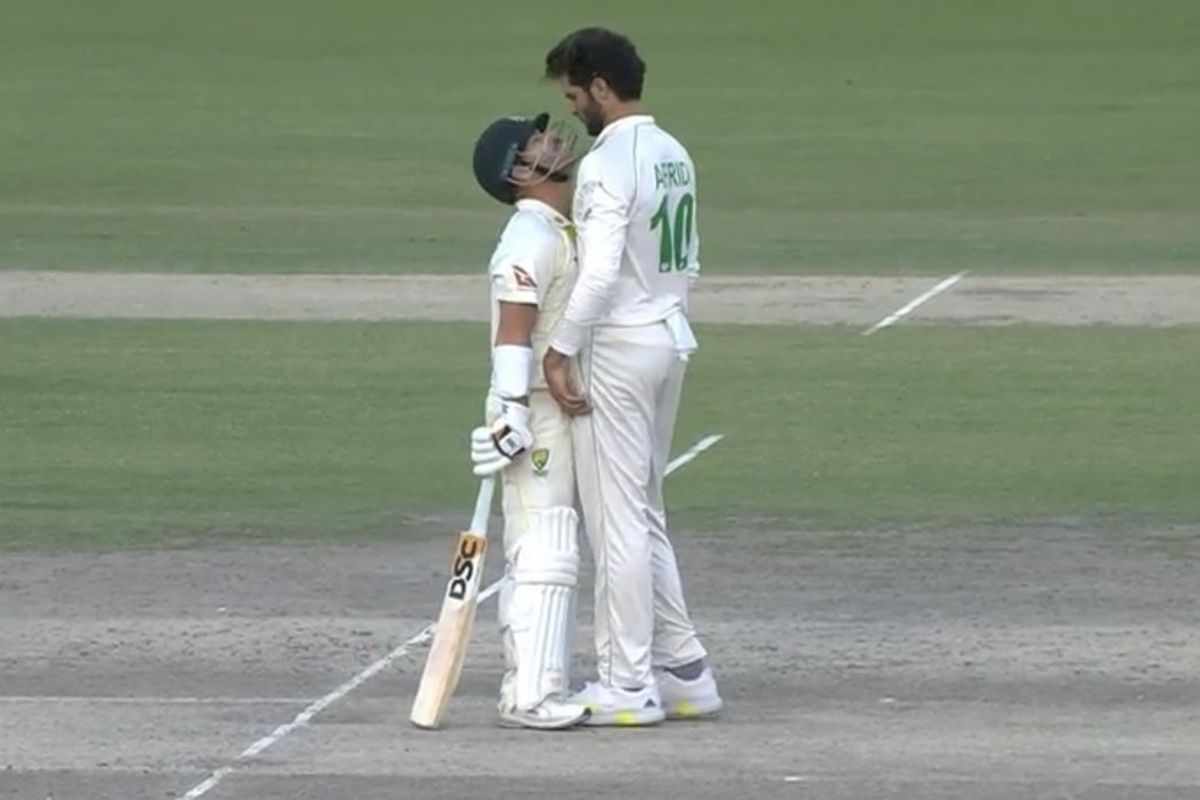 Lahore: The final ball of the day saw Australia opener David Warner and Pakistan left-arm fast bowler Shaheen Shah Afridi charge towards each other that ended with a stare before both players walked away with a smile on their face during the third day’s play of the third Test match played between Pakistan and Australia at the Gaddafi Stadium, Lahore.Also Read – PAK vs AUS: Steve Smith Records Most Runs After 150 Test Innings, Leaves Behind Sachin Tendulkar, Virender Sehwag and Rahul Dravid

french kiss could not be done because there was helmet as barrier pic.twitter.com/Qyw45YTiyA

Australia ended the day with a lead of 134 runs after bowling out Pakistan for 268 in the first innings of the Test match. Pakistan did the unthinkable as they lost 7 wickets for 20 runs after Abdullah Shafique (81) and Azhar Ali (78) got them off to a good start with Babar Azam (67) once again coming to the party. Australia failed to get wickets at regular intervals in the first two sessions of the third day.

Australia captain Pat Cummins, however, made sure that the Aussies end the day on a high as he returned with figures of 5 for 56 – ably supported by Mitchell Starc who picked up four wickets as well.

Earlier, Australia were bowled out for 391 in the first innings.