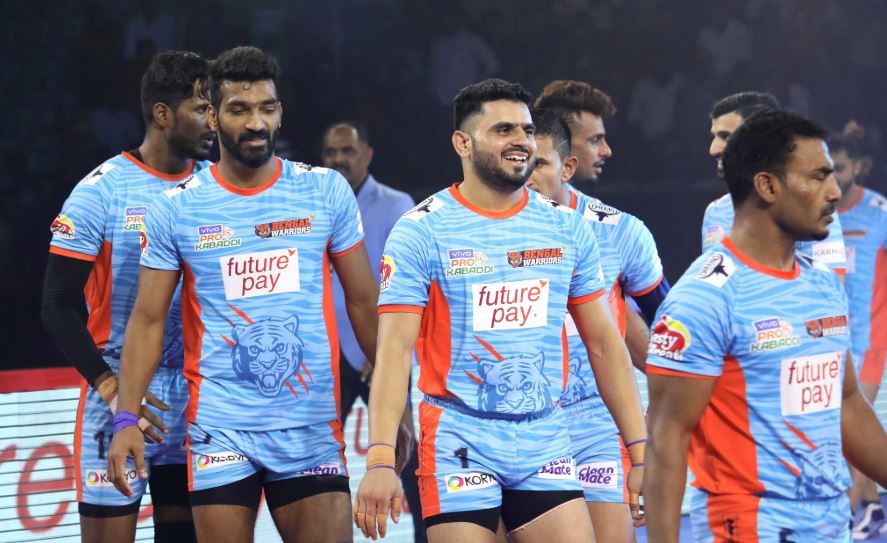 Haryana Steelers vs UP Yoddha Dream11 Team Prediction Pro Kabaddi League 2021: Match 49 Between HAR vs UP at Sheraton Grand, Bengaluru, Whitefield Hotel and Convention Centre at 7:30 PM IST:Haryana Steelers meet U.P. Yoddha in another encounter with the Steelers going into the match after a morale-depleting 19-point loss against Tamil Thalaivas. U.P. Yoddha are in the ascendency after their defence finally clicked against Bengaluru Bulls. They will be looking to repeat the same magic against Haryana’s tired-looking raiding trio. U.P. Yoddha’s defence made it a night to remember in their previous outing against the Bulls. They set a new PKL record of 22 Tackle Points and will be licking their lips at the prospect of facing the Haryana raiders, who struggled against Tamil Thalaivas. Meetu looked off-colour while Vikash Kandola could barely make a difference as Thalaivas thrashed coach Rakesh Kumar’s Haryana team. In Surender Gill and Shrikant Jadhav, Yoddha have smart raiders who can pick up valuable points. Pardeep Narwal has also slowly started regaining much-needed confidence on the mat. But Yoddha’s strength is their defensive corner duo of Nitesh Kumar and Sumit. They will be quick to pounce on any hesitancy from Haryana’s raiders. For the Steelers to stay in the match, their own corner duo of Surender Nada and Jaideep will need to iron out the mistakes.Also Read – DEL vs BLR Dream11 Team Prediction Vivo Pro Kabaddi League: Captain, Vice-Captain, Playing Teams of Match 50 Between Dabang Delhi KC vs Bengaluru Bulls at Sheraton Grand, Whitefield, Bengaluru at 8:30 PM IST January 12 Wednesday

HAR vs UP Dream11 Team

HAR vs UP Predicted Playing 7