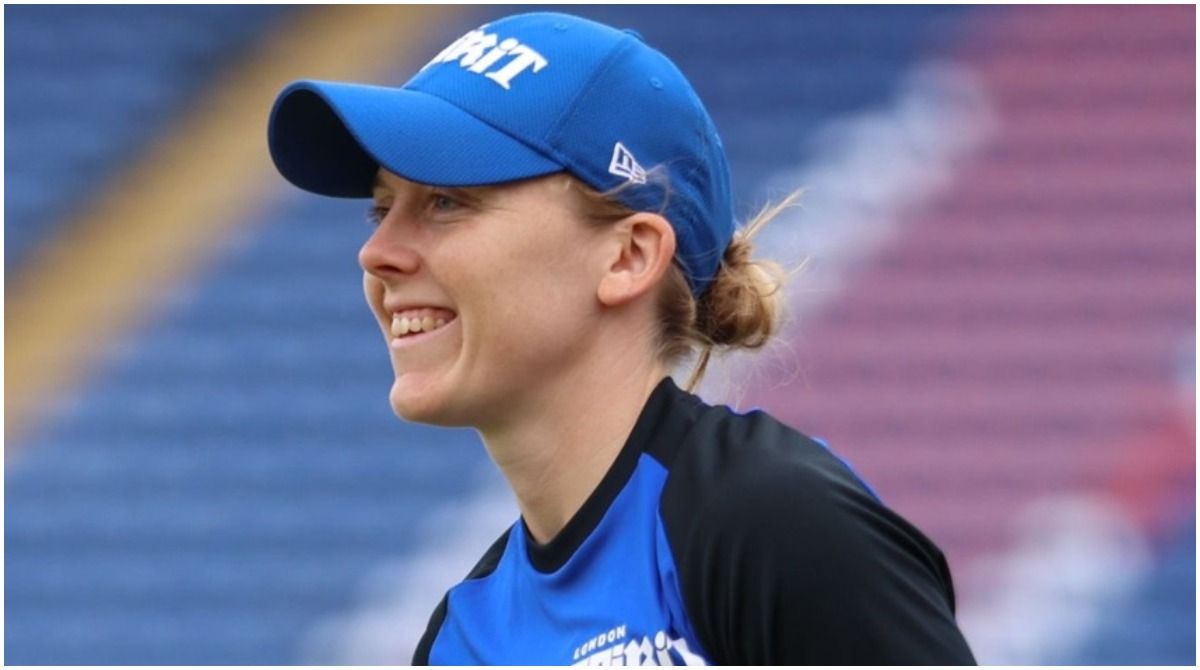 Auckland: England women’s cricket team skipper Heather Knight will be looking forward to leading her team to a second consecutive ICC Women’s World Cup title when action gets under way at six venues across New Zealand from March 4.Also Read – Australia Are Favourites; No Pressure On Us As Defending Champions: England Skipper Heather Knight

The 31-year-old captain led her team to victory in the 2017 edition as well defeating India in the final at Lord’s, and knowing that England are one of the only two teams in women’s ODI cricket history to record over 200 wins, it’s not an unachievable task for the veteran cricketer. Also Read – Bismah Maroof: Millions Will Tune In to Watch Pak-India Tie in Women’s Cricket World Cup

England, the four-time World Cup winners, have a strong side going into the tournament. One of the most successful sides in women’s ODIs since the end of the last Women’s World Cup, the team has the likes of Nat Sciver, Katherine Brunt (Player of the Match in the 2017 final), Anya Shrubsole and Tammy Beaumont (Player of the tournament in 2017 tournament). Also Read – South Africa’s Keegan Petersen, England’s Heather Knight ICC Players Of The Month For January

Several young faces have emerged since the win in front of the home crowd in 2017, including the likes of wicket-keeper Amy Jones, batter Sophia Dunkley and spinner Sophie Ecclestone, among others.

England’s only loss in the 2017 tournament came against India in the group stages. They beat South Africa by two wickets in the semifinal in Bristol and went on to script a memorable nine-run win in the final.

The inaugural winners of the Women’s World Cup, England won the first-ever tournament in 1973 led by Rachael Heyhoe-Flint. The skipper was inducted into the ICC Hall of Fame in 2021. The award for the leading women’s cricketer every year is named after her.

Two decades 20 years after England won their first trophy, they went on to win their second title at home under Karen Smithies beating New Zealand at Lord’s in April 1993. They added another to their kitty before 2017, winning the tournament in 2009 in Australia, beating New Zealand again in the final.

England have been building towards the World Cup with commitment and Knight had stated in stated in September last year about building a pool of players for England to choose from for the event.

Knight would be banking on Tammy Beaumont, ‘Player of the tournament’ in the last Women’s ODI World Cup to deliver with the bat again. The 30-year-old Beaumont has continued her rich vein of form till 2022 from the top of the order. Since 2019, she’s the only England batter to make more than 1000 ODI runs, averaging 48.13 with the bat including three hundreds and six fifties in 27 matches, according to ICC.

No player has made more runs than Beaumont in women’s ODIs since the end of the last World Cup. With as many as five tons in this duration, Beaumont also tops the century chart in women’s ODIs.

Kate Cross, who missed the 2017 Women’s ODI World Cup, too is an essential player in England’s ODI plans. She has picked up the most wickets for them since 2019 — 37 wickets at an average of 17.24. The only player to match her tally in this time period is Australia’s Jess Jonassen.

England begin their campaign in the World Cup against Australia on March 5.