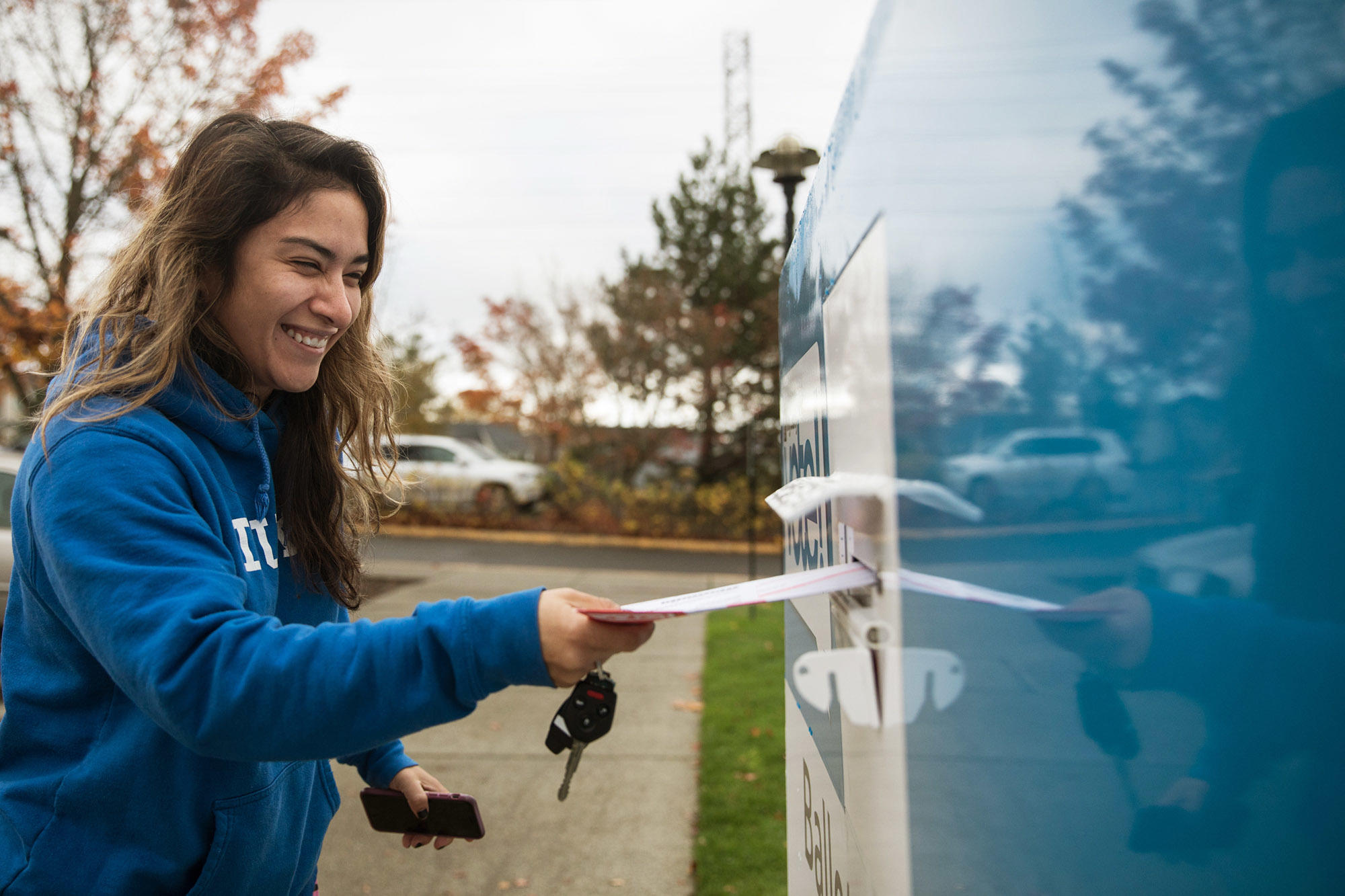 If you did not receive a ballot, think you lost it, your dog ate it or you aren’t sure if you’re registered to vote, you may still be able to vote before voting ends tonight.

If you think you are registered but need a new ballot, begin at the Secretary of State’s Office voter log-in web page. Sign in and then click on “online ballot” and you can print out a replacement ballot. You can also print a new one at your county elections office website. If you need a government Voters’ Guide, you can find it at the same place where you checked your voter status. Some of the same information plus more is available on Crosscut’s voter guide.

In case you are wondering, you can turn in more than one ballot, but only one will be counted and county elections officials do keep track of this. That’s one of the reasons it takes so long to process and count ballots in Washington state and why we usually don’t know who the winners are on election night.

According to the Washington Secretary of State’s Office, every voter has a number and a signature attached to their registration. When ballots are processed, the signature and number are checked against the registration and if the signature looks good, the voter record is marked as having voted for that election. If a second ballot for the same account arrives to be counted, the whole process is put on hold and election officials work to figure out which ballot should be counted.

If you check your voting status and find out you aren’t registered or your information is incorrect, don’t panic. Washington allows same-day voter registration, as long as you are eligible. You need to go to your county elections office to register and vote in person on Election Day.

You are eligible to vote in Washington state if you are a U.S. citizen, at least 18 years old, a legal resident of Washington state for at least 30 days, and not disqualified by a court order or because you are currently in prison.

You will be able to see the results from the races we are following at Crosscut on our website after the first ballot count is announced around 8:15 p.m. County officials will only be making one “ballot drop” late in the afternoon – 4 p.m. in King County – on each of the following weekdays over the next week or so. You can also track election results on your county elections site or on the Secretary of State’s site.

All voters across Washington are choosing the top two candidates for U.S. senator and for Washington Secretary of State. Everyone will be able to choose their first choice for a representative to the U.S. House from their district. Voters are also choosing two representatives to the Washington House and, in some cases, a state senator.

U.S. Sen. Patty Murray has a slew of challengers this primary, but nearly everyone expects she will face Republican Tiffany Smiley in the general election.

Three congressional district races are highly contested this year: the 3rd District in Southwest Washington, the 4th District in Central Washington and the 8th District in eastern King County, which flows over the mountains.

In the Legislature, some of the most competitive races are outside of the Seattle area, but open seats in Seattle give some voters more choices than usual.

After all the ballots are counted in a week or so, the primary election will advance the two people with the most votes into the general election, regardless of party affiliation, instead of having voters choose their top candidates on a primary ballot just for their chosen party.

Washington has employed a top-two primary system since 2004. While some would prefer to change to a ranked-choice voting system, that idea hasn’t made it to the state ballot yet. But Seattle voters will get a chance to decide whether voters in the city should experiment with this other approach when they get their ballots for the Nov. 8 election.

If you need help filling out your ballot, Crosscut’s voter guide will likely give you an idea of where the candidates stand on the issues that are important to you.