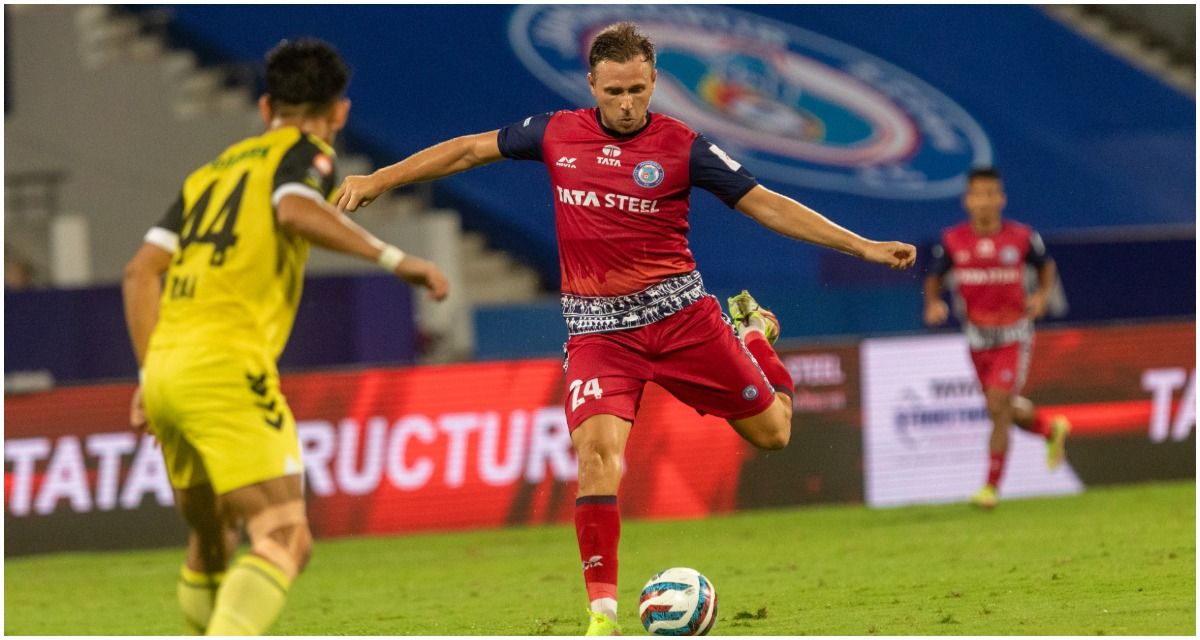 Bambolim, Dec 2:  Hyderabad FC edged out a hard fought draw as the Nizams play out a 1-1 stalemate against Jamshedpur FC on Thursday at the GMC Athletic Stadium.Also Read – ISL: SC East Bengal Coach Manolo Diaz Passes on Valuable Advise to Defenders Ahead of Chennaiyin FC Match

Manolo Marquez’s men started off brightly and had a couple of chances to score early in the game that fell to Juanan and Joel Chianese but it was the Red Miners who found a foothold in the game and started to test Laxmikant Kattimani’s goal with increased consistency as the half grew old.

And finally, thanks to a bit of skill and a superb finish from Stewart, the hosts took a lead going into the break as Manolo had a tough team talk waiting for the men in yellow.

Hyderabad did come out a stronger unit, and put pressure on the Jamshedpur backline, that wilted with some superb passing just outside the box. A move that ended with a composed Ogbeche finish gave Hyderabad the equalizer with more than half an hour to play.

Both teams pushed hard for the winner, as Manolo introduced the likes of Rohit Danu (at half time) and Javi Siverio to push for a win but Owen Coyle’s men showed good resistance and managed to even test Kattimani at the other end.

The likes of Joao Victor, Juanan, Asish Rai and Bart Ogbeche were superb for Hyderabad but the efforts were just not enough to register back-to-back wins for the club.