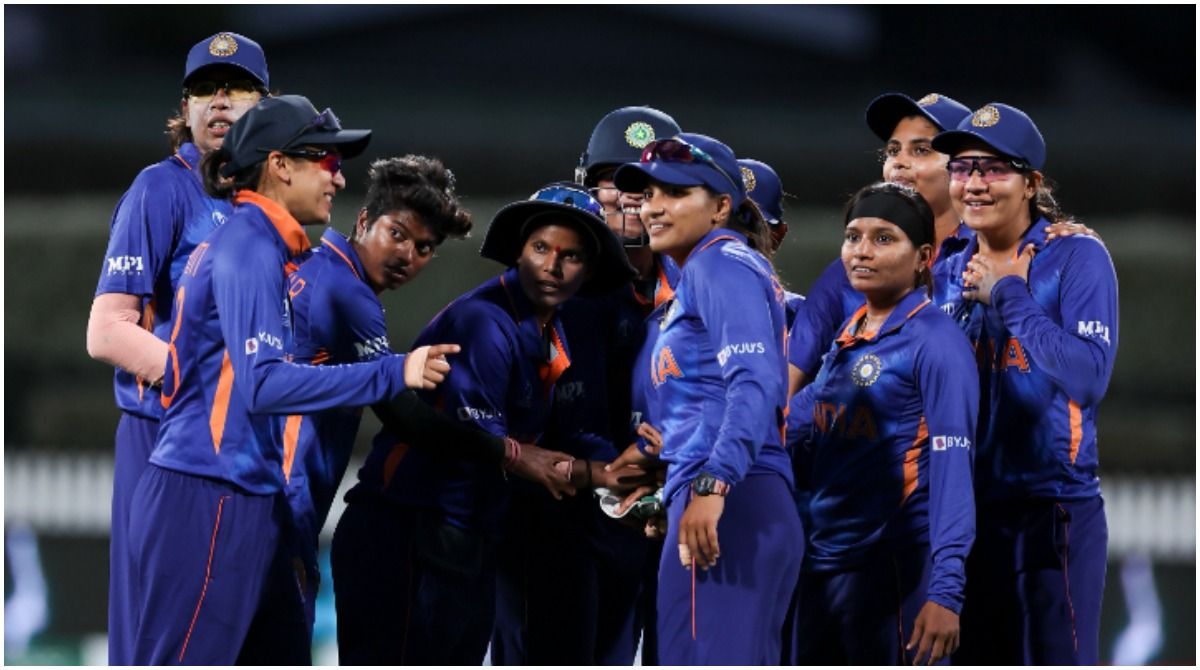 Sneh Rana (3/22) and Meghna Singh (2/27) shared five wickets between them for India, while other three bowlers, including veteran Jhulan Goswami (1/43) also chipped in with a wicket each.

Deandra Dottin (62) top-scored for West Indies, while her opening partner Hayley Matthews made a quick 43 as the duo shared a century stand for the opening wicket.

But once they departed, West Indies innings just fell apart.

Earlier, Mandhana smashed her fifth ODI hundred, which was studded with 13 fours and two sixes, while Kaur had 10 hits to the fence and two maximums in her fourth ton and the first since hitting 171 not out against Australia in the 2017 World Cup.

The duo took India across the 200-mark after skipper Mithali Raj won the toss and elected to bat. This was also India’s highest partnership for any wicket at the Women’s World Cup

For WI, Anisa Mohammed was the most successful bowler, taking two for 59.