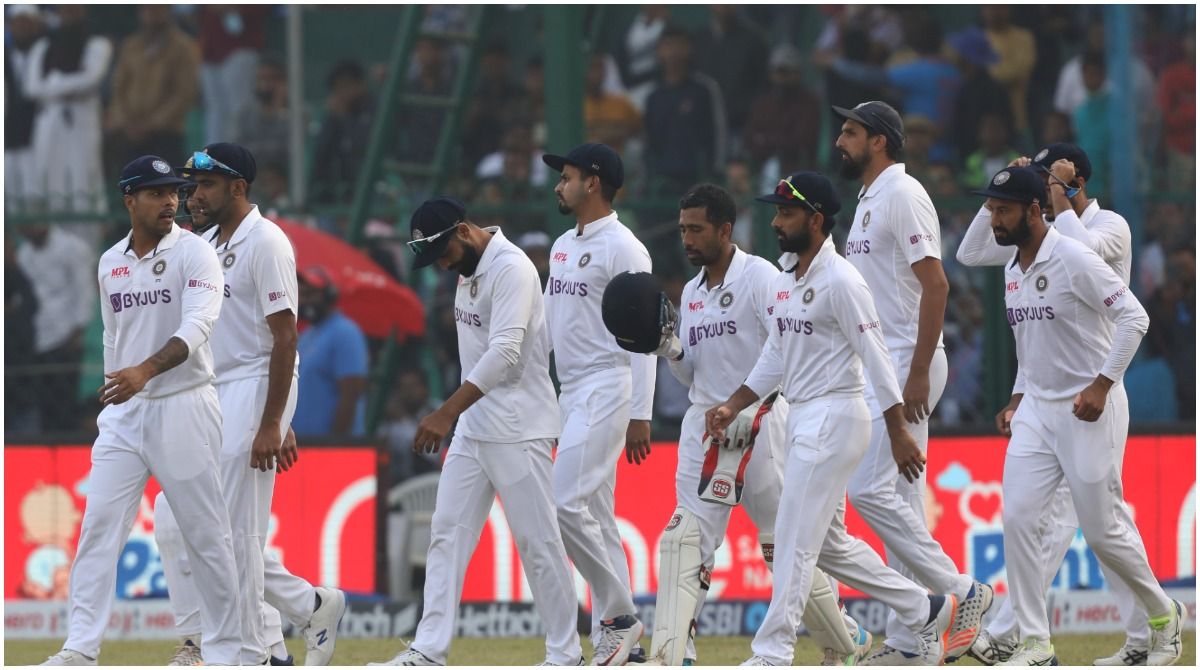 Mumbai: Former India batter VVS Laxman reckons that it would be difficult to ignore Shreyas Iyer’s performance in the first Test match against New Zealand and India coach Rahul Dravid and captain Virat Kohli will have to take a couple of tough calls ahead of the second Test match starting December 3 at the Wankhede Stadium, Mumbai.Also Read – India vs New Zealand 2nd Test: Rain Threat Looms Over Test Match In Mumbai

Laxman also went on to add that Mayank Agarwal didn’t quite have a good outing at Kanpur and according to him the Indian team management might think of dropping him and retain Iyer in the first XI, which would also mean vice-captain Ajinkya Rahane and Cheteshwar Pujara will be able to hold on to their respective places. Also Read – India vs New Zealand 2nd Test: Ravichandran Ashwin On The Verge of Breaking Richard Hadlee Record

Iyer made an instant impact in his debut, making 105 and 65 in both innings under pressure, leading to him bagging the Player of the Match award in a thrilling draw. He also became the first Indian batter to score a hundred and a half-century on his Test debut. Iyer’s scintillating show on debut has raised a conundrum as with Kohli returning. Who drops out of playing eleven becomes the main question. Also Read – IND vs NZ | Management Would Take a Call on Wriddhiman Saha’s Availability, Says Bowling Coach Paras Mhambrey

“Shreyas Iyer batted in both the innings and to get a hundred in his first Test series and then to follow it up with a fantastic half-century. Both these innings, mind you, have come when the team was under pressure, so it was a fantastic performance from Shreyas Iyer,” said Laxman on Follow The Blues show on Star Sports.

Laxman gave his opinion on how the Indian batting order could shape up for the second Test in Mumbai. “It will be difficult, but I believe that Mayank Aggarwal in both the innings gave an underwhelming performance and was uncomfortable at the crease. Cheteshwar Pujara has the ability to open, he has opened the innings previously. The No. 3 position can be filled by Ajinkya Rahane, Virat Kohli can come at number 4 and Shreyas can come in at number 5 because how can you ignore his performance. So, I think it’s a tough call that Rahul Dravid and Virat Kohli have to take. I hope that they take the right decision and don’t ignore the performance of Shreyas Iyer.”

Laxman felt that Kohli will be his player to watch out for in the Mumbai Test. Kohli is making a return to competitive cricket after taking a break post India’s exit in the Super 12 stage of the ICC Men’s T20 World Cup.

“I’m really looking forward to the return of Virat Kohli because we know that he missed the first Test and the T20 series. It has been some time since Virat Kohli got the three-figure mark in a Test match and we know what a quality player he is. So, I am expecting him to straight away come, and create an impact because we know whenever he plays to his potential, he poses a lot of threat to any bowling unit. So, the player to watch out for me will be Virat Kohli.”