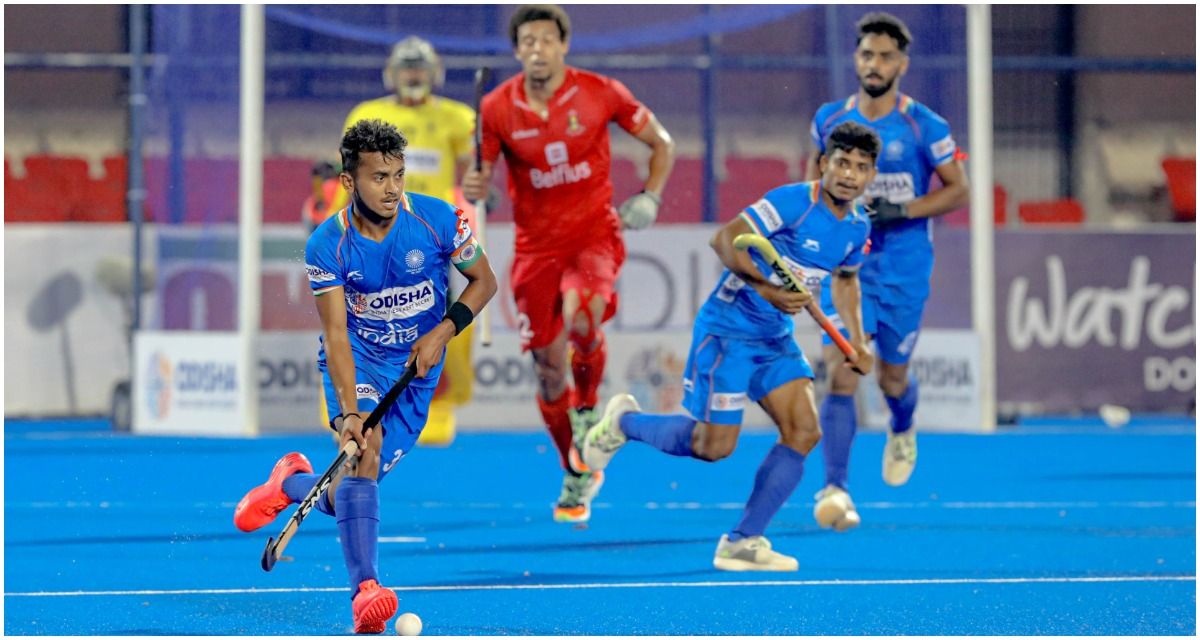 Hosts, India will now be facing a formidable German side in the semis. The Germans got the better of the Spaniards by 3-1 in penalties after 2-2 in regulation time. Also Read – India vs Pakistan: India Look to Avenge 10-Wicket Loss to Pakistan On A Different Turf

S N Tiwary scored the only goal of the match through a penalty corner for India. In the 21 minutes, India got the first penalty corner of the match when Belgium players stopped Sanjay Singh in the circle. Tiwari did not make any mistake and converted it with ease to give India a one goal lead. Also Read – FIH Men’s Junior World Cup: 16 teams Ready To Battle It Out For The Trophy

However, Tiwari made another attempt to extend India’s lead with the solo run but Belgium defence was up to the mark. India picked up the pace from there as they were getting closer and closer to the Belgian goal.

In the 9th minute, the Indian forward made a chance to clear Belgium’s defence, but Vishnukant took a lot of time to pick a shot or find a player from inside the circle. His attempt hit a Belgian player and the official gave the decision in the favour of the Belgians.

India missed another chance in 14 minutes when Uttam Singh invaded the strong Belgium defence from the left flank. He took a shot but the Belgium goalkeeper saved it nicely. After that, no real scoring chances were created by either team as the first half ended without any goal.

In the second quarter, the Indian team played some brilliant hockey, got many chances to breach the Belgium defence, but failed to convert it. However, five minutes into the second quarter Belgium, too, got the penalty corner but failed to equalise the score. The drag-flick from Louis de Backer went narrowly wide off the mark from the left side of the goal.

In the last minute of the second quarter, Ravichandra’s late counter-attacked was thwarted by the opponents before the half-time hooter went.

In the third quarter, the Indian goalkeeper rose to the occasion and saved at least two brilliant moves of Belgium. In the 42nd minute, Stockbroekx’s attempt went narrowly over the goalpost, though Pawan was alert enough to see the ball go past the goalpost.

In another counter- attack, India had a great chance to increase their lead at the end of the third quarter, but Bobby Singh Dhami scooped the ball over the goalpost. The Indian Colts have absorbed the pressure and kept the Belgian attackers at bay to protect their one-goal lead.

With a nervous start, India survived some anxious moments in the fourth quarter when Belgium tried hard to equal the score, but Indian goalkeeper Pawan at his best kept India’s lead intact. India conceded another PC in the dying minutes of the match but Pawan thwarted it successfully.

Pawan made a brilliant save after the angle opened up for the Belgian forward from the centre of the circle. The keeper flicked it with his right hand and deflected the ball out of the circle.