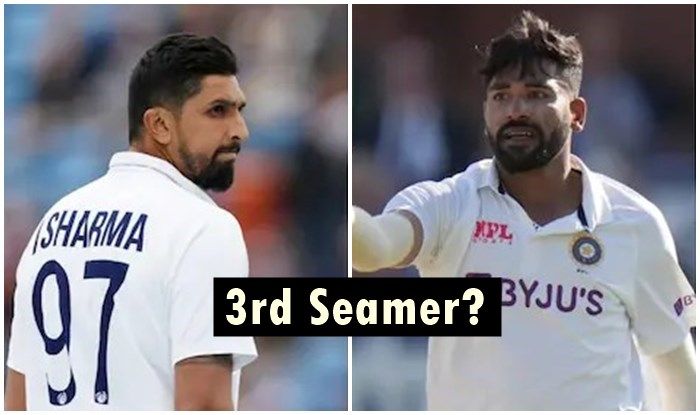 Centurion: Considering Jasprit Bumrah and Mohammed Shami are automatic choices as pacers for the first Test at Centurion, who will be the third seamer is the question. Will it be the experienced Ishant Sharma or the in-form Mohammed Siraj? Ex-India pacer Ashish Nehra picked who feels will feature as the third seamer during the Boxing Day Test.Also Read – How Rahul Dravid Can Help Virat Kohli Get Back in Form in South Africa, Ex-India Cricketer Saba Karim Explains

He added: “Talking of the third pacer, Mohammed Siraj could be the guy. Ishant (Sharma) was injured and left out of the second Test versus New Zealand (in Mumbai), while Siraj did fairly well in that game. It also depends on the team management’s thought process and game plan, and who’s looking sharper at nets.”

With an experienced Umesh Yadav there in the reserves, Nehra feels India finds itself in a good position ahead of the series.

“But the good thing is the number of options India have as far as their pace battery is concerned. They even have someone like Umesh (Yadav), who’s super-experienced now with the number of Test matches (51) he has played so far. So it’s a good situation the team finds itself to be in,” he added further.

The first Test starts on December 26 and would be played behind closed doors.