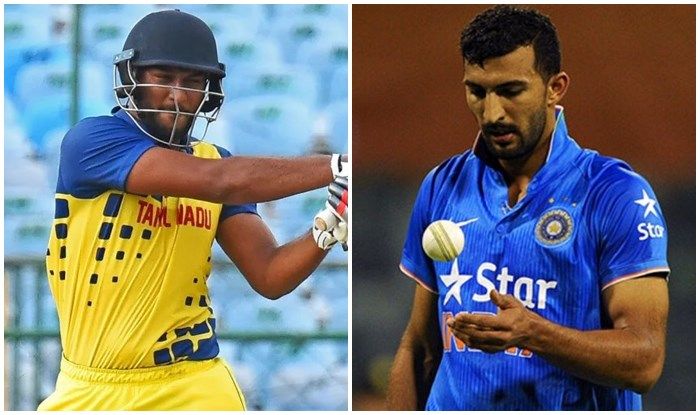 Mumbai: Time and again, the Indian domestic circuit has proved to be a goldmine – providing future stars every year. That is how the structure is. It often provides finished product, players who can straightaway be drafted into the big league. With the Syed Mushtaq Ali Trophy and the iconic Vijay Hazare done and dusted just ahead of the South Africa tour, a few players could be hopeful that their good show earns them a place on the national side.Also Read – LIVE Centurion Weather Updates, South Africa vs India, 1st Test, Day 3: Rain Likely to Play Spoilsport at SuperSport Park

With the ODI side still to be named, these are the domestic stars who would be in the fray for places. Also Read – Highlights | IND vs SA 1st Test, Day 2 Match Updates: Heavy Rain Washes Out Day’s Play in Centurion

Rishi Dhawan: What a year it has been for Himachal Pradesh. They won the Vijay Hazare and a lot of the credit goes to Rishi Dhawan. The HP skipper hammered 458 runs and picked up 17 wickets in the competition. He was the second-highest run-scorer and second-highest wicket-taker in the Vijay Hazare Trophy this season. There could very well be a toss-up between Venkatesh Iyer and Dhawan. Also Read – Highlights | IND vs SA 1st Test, Day 1 Updates: KL Rahul’s Century Propels India to 272/3 on Day 1

Shahrukh Khan: He has featured in the IPL, but is yet to make his national debut. Now, after a phenomenal domestic season – he has made a case for himself. Would be interesting to see if his performance gets recognised and he gets a maiden national call. The right-handed batter scored 253 runs, including two half-centuries, in seven innings at an incredible strike rate of 186.02. The rising star hit a fantastic 19 fours and 20 sixes in the tournament.

KS Bharat: The wicketkeeper-batter has also been impressive in 2021. Bharat would surely be in the minds of the selectors for the ODI side. He could be in the reserves. The right-handed batter amassed 370 runs in just five innings at an average of 92.50.