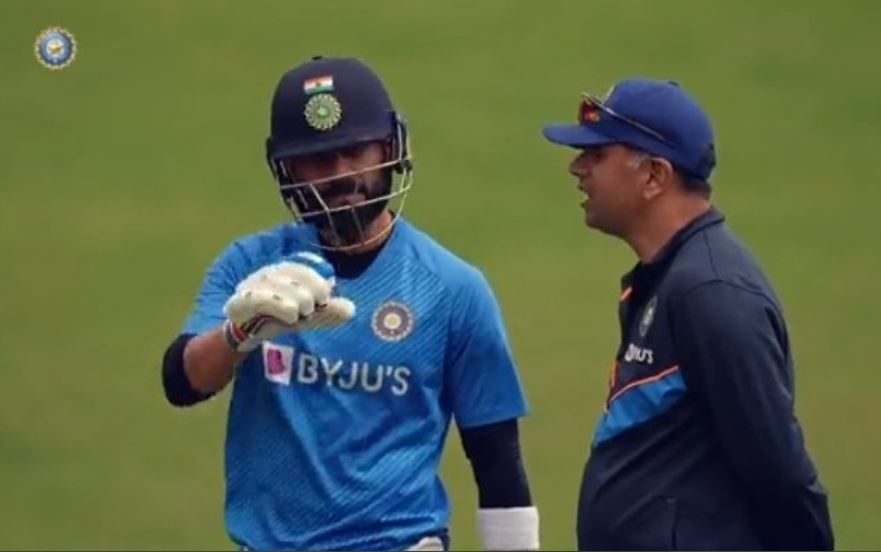 While expressing his views on the YouTube channel Khelneeti, Sharma pointed out that Kohli always prefers to play with five specialist bowlers overseas for better balance in the playing XI. Also Read – IND vs SA: CSA Postpones Final Round of Four-Day Test Series Ahead of India Tests Amid Covid-19 Crisis

Sharma was full of praises for Kohli and said that Indian test captain leads by example, as the batters volunteer to take extra responsibility so the team can accommodate a specialist fifth bowler. Also Read – Virat Kohli-Rahul Dravid’s Bromance at Johannesburg During Practice Ahead of Tests vs South Africa Steals Show; Pics go VIRAL

“Indian team had a defensive mindset during Rahul Dravid’s playing days. They wanted to ensure they didn’t lose the series when they toured abroad. Virat Kohli’s approach is to win and hence he plays with 5 bowlers,” Sharma said.

Sharma said if you look at Dravid as an overseas cricket player, you knew what he might bring to the table. Although the role of the coach is very much in the background with a focus on strategy, it is actually the captain who is at the forefront.

“Rahul Dravid has seen the Greg Chappell incident. Hence, he knows what the role of a coach is. His job is to make strategies and groom the youngsters. Ultimately it is the captain who has to lead the team,” Sharma stated.

The Indian team is looking to win its maiden Test series against the Proteas after showcasing excellent performances against Australia and England in last 12 months.