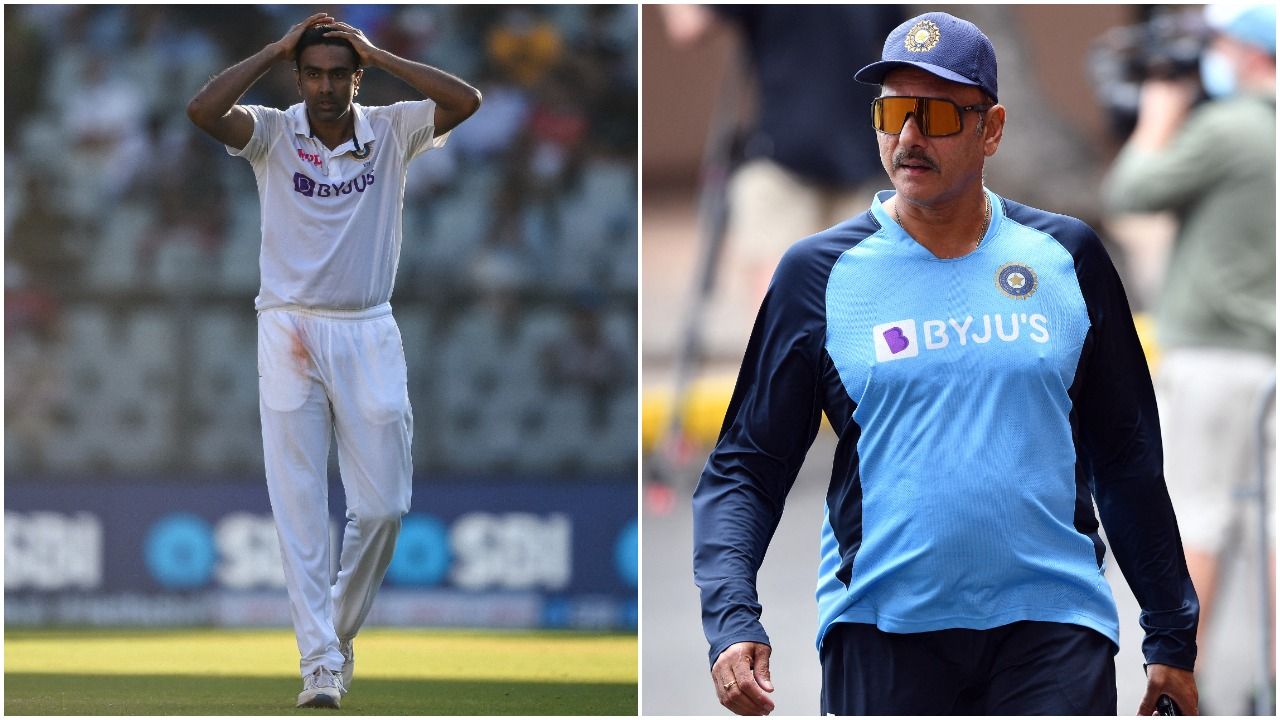 New Delhi: India’s leading off-spinner R Ashwin has recalled that he felt like he was being “thrown under the bus” after a remark made by former head coach Ravi Shastri left him absolutely “crushed” during that horrible phase in his career when he thought about retiring.Also Read – India vs New Zealand 2nd Test: Ravichandran Ashwin On The Verge of Breaking Richard Hadlee Record

“I hold Ravi bhai in high esteem. We all do. And I understand we all can say things and then retract them. In that moment, though, I felt crushed. Absolutely crushed,” Ashwin said. Also Read – India vs New Zealand Test: Ravichandran Ashwin Goes Past Harbhajan Singh To Become Third Highest Wicket Taker For India

In an exclusive interview with ‘ESPNcricinfo’ website, there were multiple questions asked regarding that torrid phase of his international career. He insisted that he was very happy for Kuldeep Yadav as a teammate as getting five-for is no easy feat. Also Read – Happy Birthday Ravichandran Ashwin: How Virender Sehwag, Cheteshwar Pujara And Others Wished Spin Wizard

“We all talk about how important it is to enjoy your team-mates’ success. And I was happy for Kuldeep. I have not been able to get a five-for but he has a five-for in Australia. I know how big it is. Even when I have bowled well (at other times), I haven’t ended up with a five-for. So I am genuinely happy for him. And it’s an extremely happy occasion, to win in Australia.”

“But if I have to come and partake in his happiness, and the success of the team, I must feel like I belong there. If I feel like I am being thrown under the bus, how am I supposed to get up and come for a party to enjoy the team’s or team-mate’s success?” Ashwin also stated that he still made it to the success party even though he doubted if he belong there.

The off spinner felt that the remark made during the Australian tour of India 2018-19 by head coach Shastri as Ashwin played a major part in the Adelaide test victory which set the template for the series.

“The first Test seemed like a distant memory by then. I had taken three of the first four wickets in the first innings after we were bowled out cheaply, and then when it got really flat in the final innings, I plugged away for 50-plus overs and took three wickets despite what turned out to be a grade three abdomen tear.

“In my mind, I had done something great for the team in excruciating pain, but all I heard was, “Nathan Lyon took six, Ashwin took three”.

“As it is, I was frustrated with my body for letting me down when I was in really good bowling form. The last thing I needed was these comparisons and insinuations. Between that reaction and Sydney, it didn’t feel like I had played any part at all,” Ashwin said.

Ashwin has been one of India’s great match winners in both home and away conditions in test cricket. The spinner has so far amassed 427 Test wickets right behind Kapil Dev (434) and Anil Kumble (619).