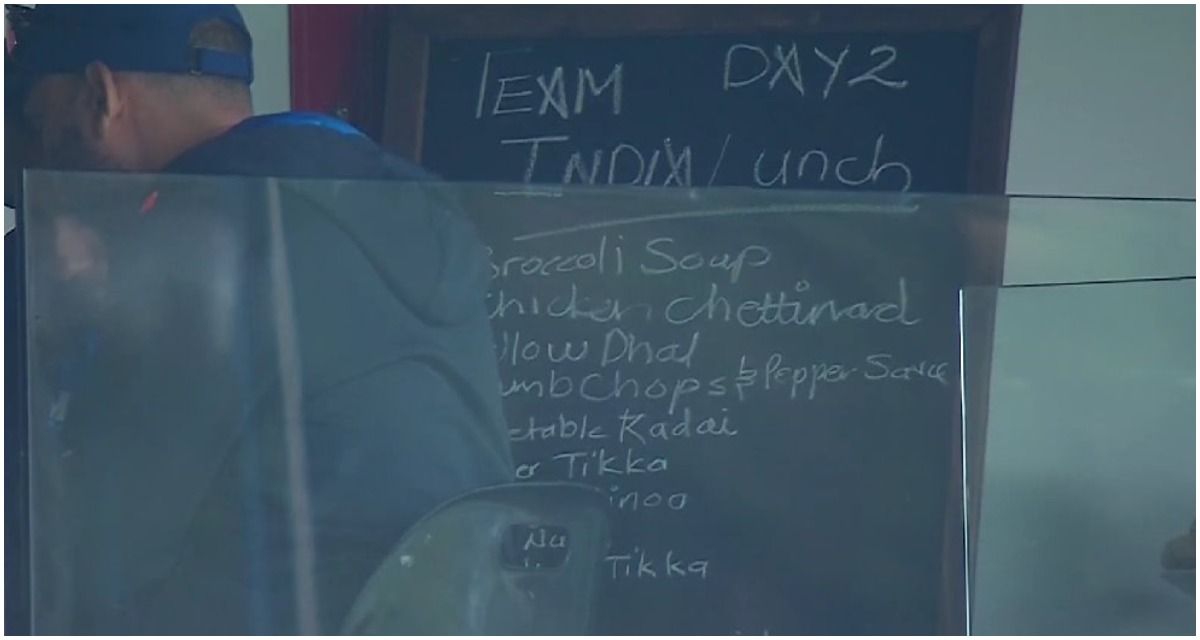 Centurion: The Day 2 of 1st Test between India and South Africa might have been washed out due to persistent rainfall, but Virat Kohli and co might have had a gala time, gorging on delicious spread of Indian dishes on Lunch on Monday at the SuperSport Park in Centurion.Also Read – India vs South Africa: KL Rahul Beats Virender Sehwag in Most Test Tons Outside Asia, Occupies Second Position in Indian Openers List

Day 2 saw the match been called off without a ball being bowled at the Centurion, but the Men in Blue, with  a good grip of the game enjoyed a lavish lunch as their team menu surfaces on social media. Also Read – SA vs IND, 1st Test: Rain Washes Out Second Day’s Play Without a Ball Being Bowled

From Chicken Chettinad to Broccoli soup, from Vegetable Kadai to Lamb Chops, Team India had a plethora options for their lunch.  A fan humorously commented- ‘khelna ko toh mila nahi, chalo khane to accha mil hi gaya’, which means ‘Didn’t get to play, but got a chance to enjoy on good food’.

India finished Day 1 with 272 on the board with the loss of 3 wickets. KL Rahul was unstoppable on the opening day as his unbeaten 122 and Mayank Agarwal’s 60 along with Ajinkya Rahane’s fiery 40 took India to a commanding position at stumps. On the other hand Lungi Ngidi has been the pick of the bowlers for the home side as he is the only bowler from the first day to pick up three wickets.

India now would be looking to get pas 350+ on the board and then put the Dean Elgar-led Proteas into bat, with Virat Kohli’s men having the upper hand on Day 3.