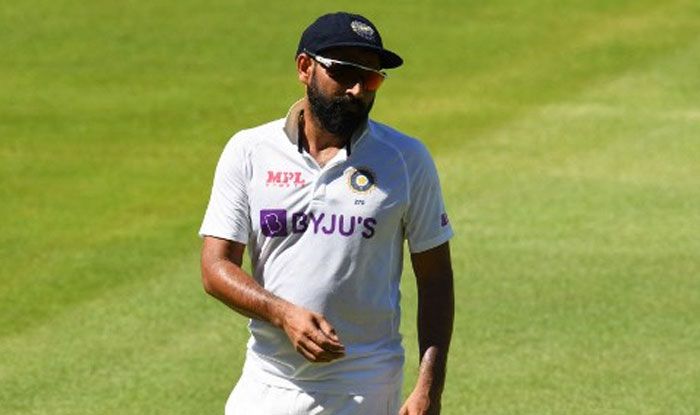 Mohali: India speedster Mohammad Shami is set to make a comeback to the Indian team after a well-deserved break. While expectations would be high from the veteran pacer, Shami during a recent interaction, went on to reveal the Indian batter who frustrates him the most in the nets.Also Read – Virat Kohli Fan’s Handwritten Letter to BCCI For Not Allowing Crowds in Mohali For 100th Test Goes VIRAL

Shami, who has played 57 Tests for India, named Cheteshwar Pujara as the most frustrating batter to bowl to in the nets and admitted that he never looks forward to bowling to him. Also Read – Shubman Gill or Mayank Agarwal – Who May Open With Rohit Sharma? Predicting Indian Openers For 1st Test

“We are professionals, it’s never a case of likes. The BCCI pays us so well to do what we like, so one enjoys bowling (laughs). But no one can irritate you like Cheteshwar Pujara. As everyone knows, unless he hits 100 to 200 balls, he doesn’t get sleep,” said Shami during The Indian Express’ Idea Exchange.  Also Read – IND vs SL: Rohit Sharma & Co Extend T20I Winning Streak to 12 Matches, Equal World Record

Pujara may not have been named in the squad for the upcoming Tests against Sri Lanka, but everybody knows his ability to occupy the crease for long hours. In 95 Tests, Pujara has amassed 6713 runs at an average of 43.88. Apart from three double centuries, he also has 18 tons and 32 half-centuries under his name.

Shami also recalled the first time he saw Jasprit Bumrah in the IPL and found his bowling action strange.

“The first time I saw him was during the IPL. It felt a bit strange seeing him because of his bowling action. I wondered how someone could bowl so fast with that action and where he got the power from. When he got drafted in the Indian team, I knew him better. He performed and became part of the Test team. Today, you see a different Jasprit Bumrah. He has such control, he has everything,” he said.