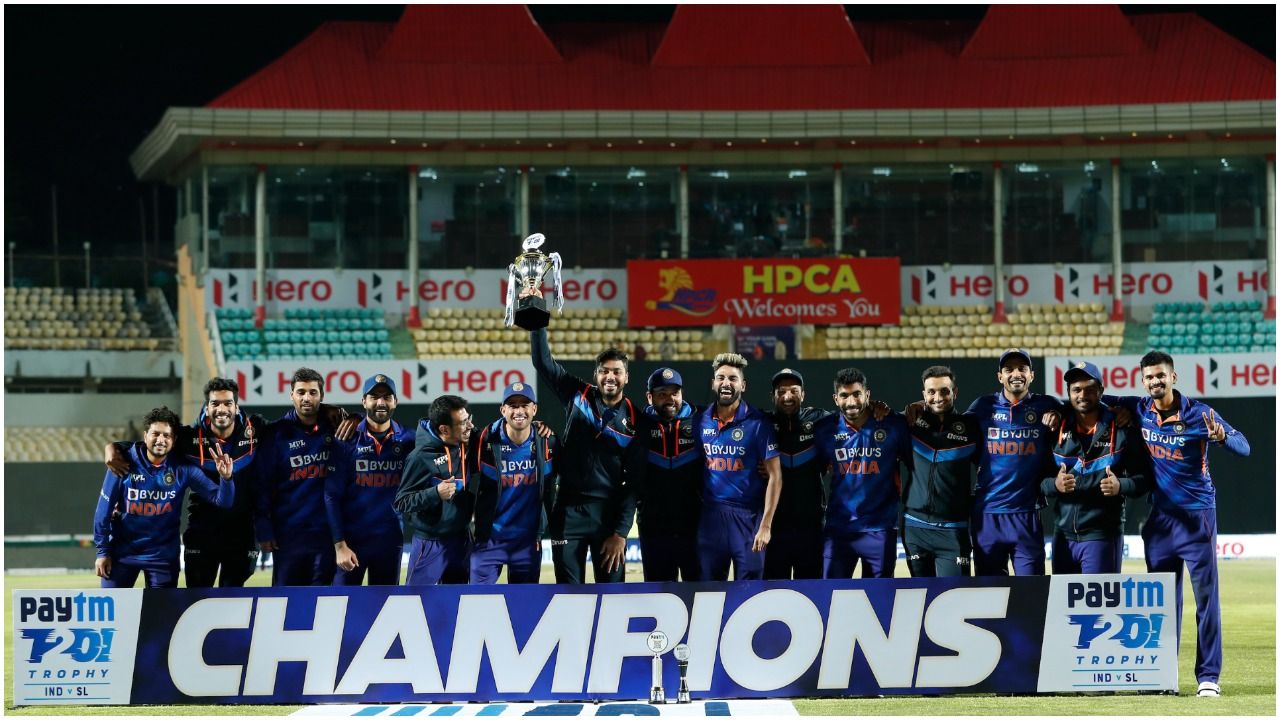 Chasing a target of 147, it was like a walk in the park for Shreyas, who smashed 73 not out off 45 balls to complete the chase in 16.5 overs after Avesh Khan and Mohammed Siraj enjoyed a brilliant run in the powerplay overs. Shreyas, whose game against the short ball was once found to be suspect, had a rubber to remember with a hat-trick of half-centuries, an aggregate of 200 runs that fetched him the Player-of-the-Series Award. Also Read – Ishan Kishan Ruled Out of Third T20I Against Sri Lanka After Blow to Head

Come to think of it, Shreyas is fighting for one elusive middle-order spot with Suryakumar, who was the Player of the Series against the West Indies before sustaining a hairline fracture on his right hand. Not only in the third match but throughout the series what was evident was that Shreyas was in control of the pull shots which he had been made to practice for hours in the nets. Also Read – IND vs SL, 2nd T20I: Was Just Looking To Play Normal Cricketing Shots: Ravindra Jadeja

He is getting in line to keep the pulls down and now presents a happy headache for skipper Rohit Sharma, who became the most capped player in T20 Internationals with 125 games, one more than Pakistan’s ageless wonder, Shoaib Malik.

It was a ‘Super Subs’ day out with India making four changes in the playing XI, including Ishan Kishan due to concussion. They came up trumps without breaking much sweat.

Avesh made amends for a forgettable debut as his scorching opening spell alongside Mohammed Siraj put the Sri Lankans on the back foot straightaway, as both made full use of the pace and bounce on offer on the Dharamsala track.

Even the two wrist spinners, Ravi Bishnoi (4-0-32-1) and Kuldeep Yadav (4-0-25-0), did well enough to bottle up the islanders on a chilly night. Strange enough, Bishnoi has been only bowling googlies but with so much accuracy, that the batters in IPL and now in international cricket are yet to get a measure of him.

Sri Lanka captain Dasun Shanaka was once again the saviour with a 74 not out off 38 balls that took his team close to 150-run mark. Shanaka hit nine fours and two sixes. But it was Avesh (4-1-23-2) and Siraj (4-0-22-1), who just dismantled the Lankan top-order with pace and bounce, as they were reduced to 11 for 3 in the fourth over and there was no coming back from there.

Siraj started it by hurrying Danushka Gunathilaka (0) with a short ball which he tried to pull but only managed to drag back onto the stumps.

Avesh, who went for 40 odd runs on debut on a Eden Gardens belter, bowled much fuller from his usual back-of-length stuff and sent back Pathum Nissanka (1) and Charith Asalanka (4), both deliveries hitting the bat faster than they could have comprehended. The best part about India’s performance was that vice-captain Jasprit Bumrah, veteran Bhuvneshwar Kumar and first choice wrist spinner Yuzvendra Chahal were given a much- needed break.

The skipper is spoilt for choice as he and coach Rahul Dravid are slowly building a set-up where they have multiple options for each and every position in both departments. The only missing link in the T20 squad is the absence of a good off-spinner as the Indian team management is unlikely to go back to Ravichandran Ashwin for the T20 World Cup in Australia.

Otherwise, the team looks in good health. Also consider the fact that people who are not playing this series include Virat Kohli, Rishabh Pant and KL Rahul. There is Suryakumar, Deepak Chahar and now Ishan Kishan getting injured at some point and Shardul Thakur being rested.

Yet a Test specialist like Siraj and the fiery Avesh or the committed Harshal Patel (4-0-29-1) are all making their cases for selection going into the big-ticket event eight months from now. There would be injuries or the odd loss of form but even then, Rohit will have not much to worry about in terms of options.