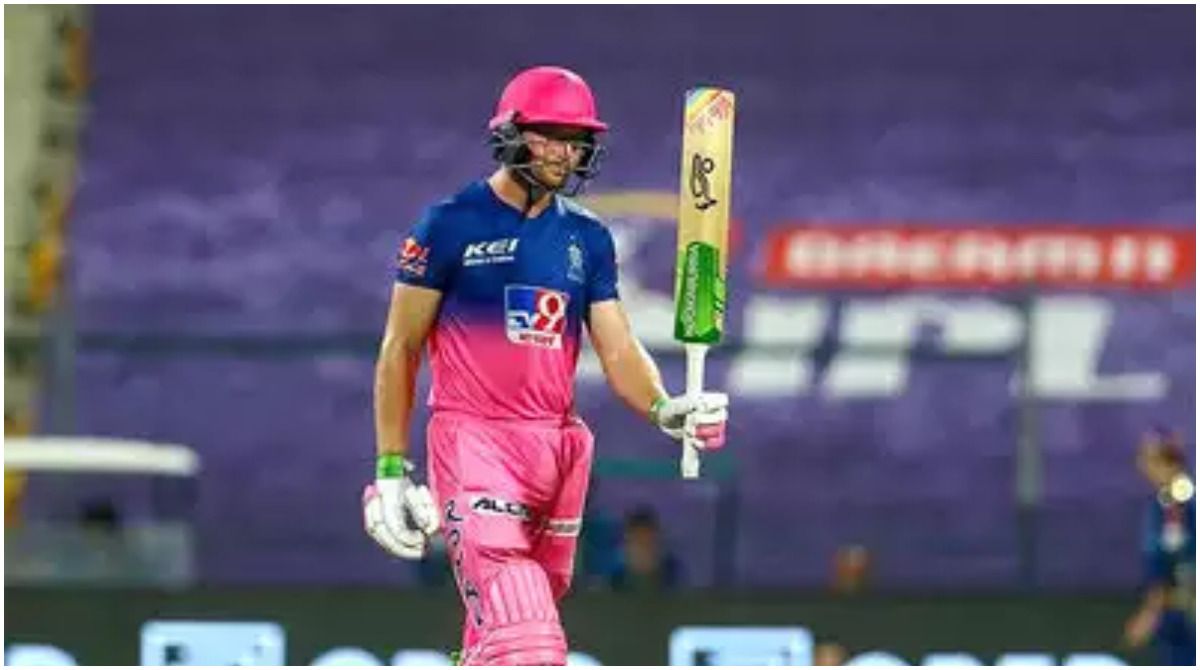 Mumbai: Rajasthan Royals wicket-keeper batter Jos Buttler on Wednesday asserted they have the requisite wherewithal and firepower to end a 13-year-long title drought in the Indian Premier League, beginning here on Saturday.Also Read – LIVE IPL 2022 News Updates, Mar 23: Jos Buttler Rates Ashwin as One of The Best Spinners in The World

Buttler, who has been retained by inaugural IPL champions along side skipper Sanju Samson and Yashasvi Jaiswal, said he is fresh, re-energised after the injury-forced break and is desperate to contribute to the team’s goal this year. Also Read – IPL 2022: The Whole Country Will be Watching Him, Says Ravi Shastri on Gujarat Titans (GT) Skipper Hardik Pandya

“It’s a really exciting time for the team you know, to start a new cycle and build a new team. The aim here is to win the IPL, and I can’t wait to contribute to that,” Buttler said in a RR release. Also Read – ‘Not Too Long To Go Now’: Virat Kohli Starts Countdown For IPL 2022

“We are delighted to have so many great players in the squad. Obviously, (Ravichandran) Ashwin and (Yuzvendra) Chahal are two of the best spinners in the world, and with a great pace attack, I think it’s really exciting.

“Then we’ve got ourselves a strong batting line-up, along with great all-round options, so I think it’s going to be a really exciting IPL for us,” added the 31-year-old.

Buttler said he was “quite flattered” after he was retained by RR.

“There were only a certain number of players that could stay with the franchise so it was quite flattering to have been offered to be retained. I’ve always enjoyed playing for this franchise and have had some really enjoyable memories.

“Obviously I knew the franchise had placed their trust in me, along with Sanju and Yash (Yashasvi Jaiswal). There were a lot of conversations that happened before the auction, and we were just focused on trying to create a strong team, covering all bases that you need to win the tournament,” he said.

Buttler missed second half of the IPL in the UAE last year to be with his wife for the birth of their second child. Following that he had an injury lay-off earlier this year after breaking his left index finger during a disappointing Ashes campaign.

“I think I’ve played a lot of cricket in the last few years and have spent a lot of time in bubbles. It was a disappointing campaign in the Ashes, which finished with a broken finger for me. Post that, I haven’t touched cricket at all – I’ve got a young family, so I had the time to relax and enjoy with them,” he said.

“I actually found it really important to do something different from cricket. It sort of brings that extra motivation and excitement when you haven’t played for a bit. Of course I enjoy my fitness, but I think it was important to put my cricket kit away for a bit. Now coming into an important year, both in the IPL and then the T20 World Cup, I feel really fresh and full of confidence.”

With a lot of new faces in the RR squad this year, Buttler is expecting to connect with some special cricketers in the upcoming season.

“There’s also (Devdutt) Padikkal, who scored a hundred against us last year. I think he looks like a fantastic young player so I’m excited to have him here.”

Having played 65 matches and scored 1968 runs at a strike rate of 150 in his six IPL seasons, Buttler has steadily transformed into a senior pro in the team, and is looking forward to the mentoring role.

“My role as a senior player is to try to give the other guys confidence. It’s to transmit a very free-spirited mindset, and act as a sounding board for young players. It’s important for them to be fearless, and to just embrace the opportunity.

“I remember when I was a young player, just having that five minutes of conversation with someone would go a long way, and I would love to help the younger guys in the same way.”

RR will open their IPL campaign this year against Sunrisers Hyderabad in Pune on March 29.