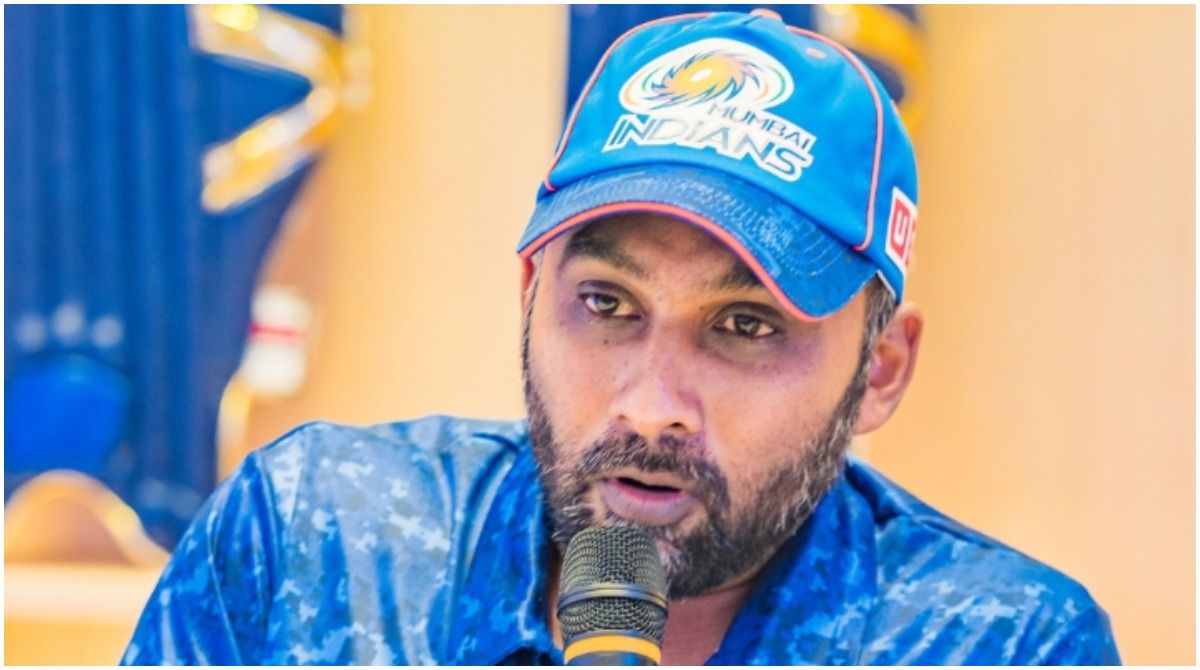 Mumbai: Five-time IPL champions Mumbai Indians’ head coach Mahela Jayawardene on Wednesday stated that the core players in the team, including captain Rohit Sharma, will be doing the majority of work around making the new players in the side calmer and comfortable.Also Read – IPL 2022: MS Dhoni Gave Me a Lot of Life Lessons, Says Subhranshu Senapati

“After the big auction, we faced the same situation in 2018 as well. We managed to keep our core group, which is quite vital for us. In it, we have some young players as well as exciting international cricketers who think are quite crucial for us going forward. The challenge is to identify them with their roles, responsibilities within the group, how we want to play this season,” said Jayawardene while replying to a question from IANS in the pre-season virtual press conference. Also Read – MS Dhoni’s Chennai Super Kings Unveil New-Look Jersey For IPL-15

Jayawardene further explained how the core players of Mumbai will work around to make the new players feel settled in the franchise. “The whole point of keeping the core group together is that the responsibilities lie on them, as they have understood that over the years and brilliantly managed that on & off the field.”

“Nothing changes for guys like Rohit, Polly, Bumrah, and now with Ishan and Surya. They will do most of the work like getting these (new) guys to get to that level of playing and making them calmer, how they are making them much more comfortable in creating that environment on and off the field and that’s what we strive to do. It is a challenge but I think we have done it in the past and are looking forward to this season with the new challenge.”

Jayawardene expressed excitement over young South Africa batter Brevis’ presence in the side after being the leading run-getter in Men’s U19 World Cup this year. “We haven’t finalized (the make-up of top order) who will play there. It is too early for us to give that kind of information. But very excited to see him (Brevis) in the nets. The way he goes about his things, he is a very committed young man and he is quite keen to learn and that is a good sign to see. Everyone here is quite excited, not only him but the other Indian talent we got, which is quite refreshing to work with.”

Jayawardene further pointed out that the team has signalled towards every player being an x-factor in the side. “We are pretty much banking on everyone to be an x-factor. That’s how we develop the team. We have a senior group who have delivered and contributed over the years to the success of the franchise, especially in big games.”

“Pretty much, they will try to continue in the same way. They know their responsibilities and I am very proud to have all of them. Now the youngsters have to learn from them, believe in their ability, create the culture created here and go out and express themselves and enjoy their cricket; that’s the most important thing.”

Jayawardene signed off by saying that Mumbai won’t get too much ahead of themselves during the course of the tournament. “We acknowledge what we have achieved in the past and there’s a lot of learnings from there. But for us, the next game is the most important thing. So, we will just focus on that and move on and build the new team and the new way forward with that. So, not going to think too far ahead and not going to think too far back as well.”