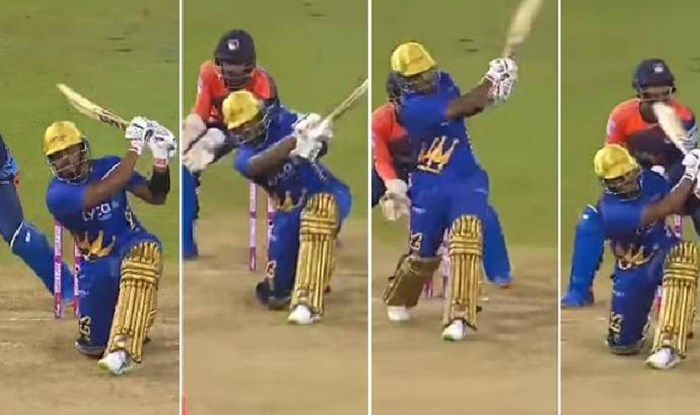 Colombo: Talent scouts would be at it, trying to spot players – who could be presented with a dream IPL contract. It is impact, age, power, and a lot of things that are taken into account before picking a player. With the mega auction set to take place soon, a lot of new names would be up for auction. This is career-changing!Also Read – IPL 2022 Mega Auction: Faf du Plessis, Devdutt Padikkal to Shubman Gill; One Released Player Franchise May Look to Buy Back at Auction

One Sri Lankan player who could be a hot pick is Avishka Fernando. The batter went bonkers during a Lanka Premier League game against Kandy Warriors where he smashed five back-to-back sixes – straight down the ground, leaving the bowlers in a fix. He went on to hammer 53 runs off just 23 balls that were laced with seven sixes during his blistering knock while playing for Jaffna Kings. Also Read – Ashes 2021-22 Venues: Hobart to Host Last Test Between Australia-England

He would certainly be on the radar of franchises. He has featured in 74 T20s so far with 1600+ runs that comprise 12 half-centuries. If he is picked by a franchise, he would make his debut in the cash-rich league. The middle-order batter could play as the finisher. Also Read – Hardik Pandya May Retire From Tests to Prolong White-Ball Career: Report

Another factor that would work in his favour is the fact that he is young and the conditions in India would be similar to that of Sri Lanka which would help him acclimatise faster.

the Mega auction is set to take place in the first week of January. Most teams would look to start from scratch and that would make things interesting for the fans.