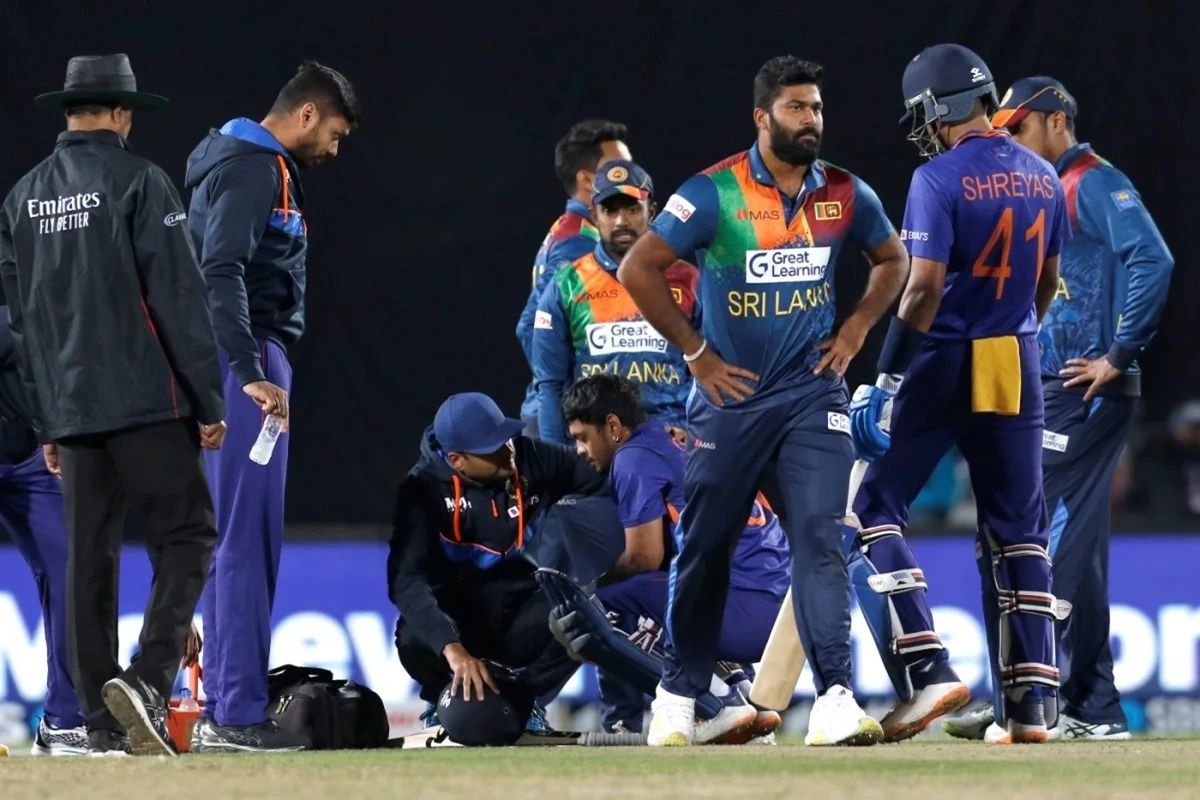 Dharamshala: In-form Ishan Kishan may not feature in the third and final T20I versus Sri Lanka on Sunday. India wicketkeeper Ishan sustained a head injury after being hit by a lethal bouncer and was rushed to a hospital in Kangra, Himachal Pradesh. Ishan underwent a CT scan and is under observation as of now. That creates doubt over his participation in the 3rd T20I.Also Read – Ind vs SL: Rohit Sharma-Led India on Verge of Equaling BIG T20I World Record With Another Whitewash

“I have been attached to the Indian team and I got information that an Indian player, who has sustained a head injury, has been brought in the hospital. His CT scan was conducted and he has been under observation,” said Dr Shubham. Also Read – Ind vs SL: Ravindra Jadeja Thanks Rohit Sharma For Backing Him After Heroics in 2nd T20I vs Sri Lanka at Dharamshala

“A Sri Lankan player has also been admitted in the hospital, after receiving a thumb injury in the second T20I. We are monitoring everything right now,” he added. Also Read – LIVE Dharamshala Weather Updates, India vs Sri Lanka 2nd T20I: Play To Start On Time, India To Field First

With this win, India also sealed the two-match T20I series (2-0) with a game to go. The third T20I between both sides will be played on Sunday.

Chasing 184, India got off to a bad start as the side lost skipper Rohit Sharma in the first over. Dushmantha Chameera removed Rohit as the batter edged the ball onto the stumps.

Ishan Kishan and Shreyas Iyer stitched a 35-run stand but Lahiru Kumara removed the batter in the sixth over. Shreyas and Sanju Samson then carried the innings and accelerated at the right time to get close to the target.