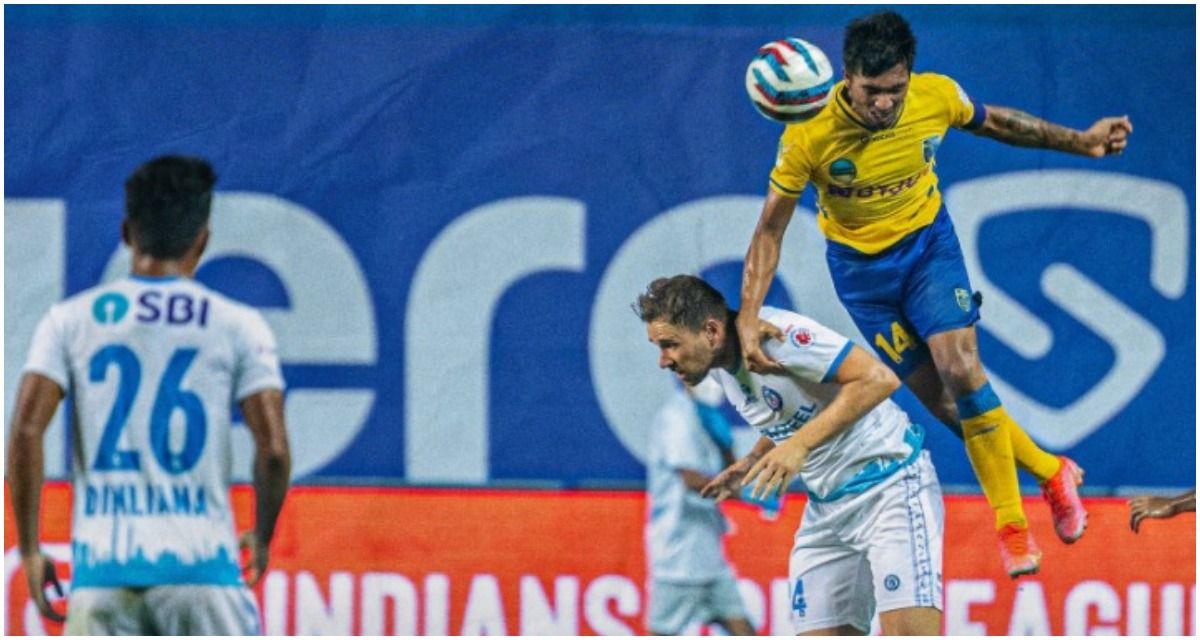 Stewart scored a stunning goal from a free kick in the 14th minute but it was equalised by Sahal Abdul Samad who scored a third successive goal in the 27th minute. After that, both teams looked for the winning goal but had to be content with a point in the end. Also Read – ISL 2021-22 Today Match Report: Odisha FC, FC Goa Share Spoils After Entertaining Encounter

Stewart showed early signs of continuing his purple patch with a wonderful first touch to receive a ball on the edge of the box but the Scottish forward’s attempt went wide of goal. Minutes later, the 31-year old scored an incredible goal from a free-kick after Boris Singh was hacked down by Harmanjot Khabra on the inside left channel. Showing skill of the highest order, Stewart curled a left-footer around the Jamshedpur wall to beat the keeper all ends up and nestle in the back of the net off the crossbar.

Kerala did not take long to equalise largely due to Alvaro Vazquez’s spadework as he spun around Peter Hartley and then skipped past another white shirt to shoot on goal, only for TP Rehenesh to dive low and pull off a good save but as far as Samal who turned in the rebound to extend his scoring spree.

At half-time, both teams went into the break with the scores level. Soon after the restart, Stewart picked up a yellow card for a challenge on Khabra and at the other end, Vazquez’s delicious chip came off the crossbar after Hartley uncharacteristically failed to clear the ball. Both sides upped the ante and it was end-to-end stuff in the last half hour or so. Vazquez forced Rehenesh into action with a low shot that went out for a corner while Jitendra Singh’s volley from outside the box took a deflection and went straight to the keeper.